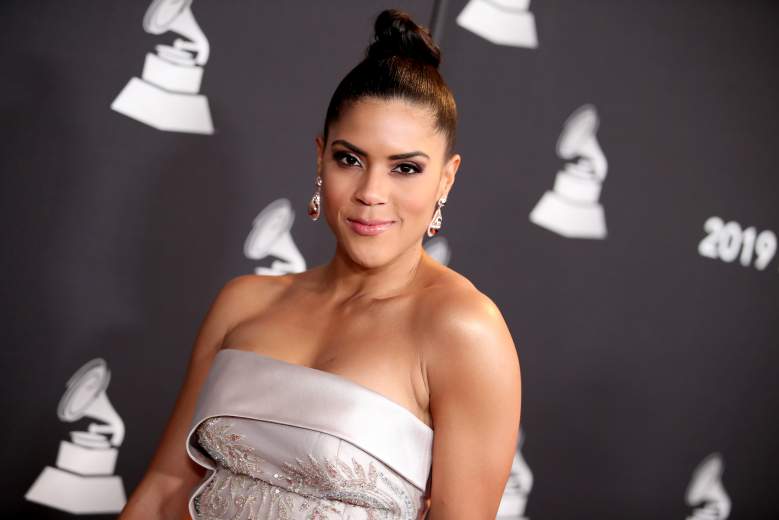 Francisca Lachapel returns to acting in a series.

Francisca Lachapel He will soon participate in a television series after a time away from acting. The Dominican star made the news known through a publication on his official profile on the Instagram platform.

“Líos de familia” is the name of the television series that will feature the special participation of Francisca along with an outstanding cast of Dominican actors who have exalted the arts over the last few years.

“Universe, do you hear me? Do you hear me? Do you feel Me? 🙌🏽🥰 I am very happy to tell you that I reconnect with one of my greatest passions, acting. Soon you will be able to see this series @liosdefamilia that I recorded in my country with great talents from my land. Thank you @zumayacordero and @caribbeancinemasrd for the opportunity. I had a lot of fun. Let’s go for more! ”, Was the message of the Dominican star to announce the news on the platform of Instagram.

In the photo shared in Instagram, Lachapel appears very smiling while posing with the clapperboard that started the recordings of the scenes of the television series.

The recordings of the series “Líos de familia” were carried out entirely in the Dominican Republic, as announced by Francisca Lachapel in the message she shared in her social networks.

Personalities such as Chef Yisus, Raúl González and Lourdes Stephen, soon expressed their congratulations to Francisca Lachapel for her new acting project: “I’m going to you !! 🤜🏼🤛🏼❤️ ”,“ Yeiiiiiiiiii. I knew but 🤫 hahahahahaha ”,“ Epaaaaa! Congratulations my dear Francisca! Very proud of all your successes! ”.

Francisca Lachapel, a star with firm steps in acting

In her acting role, Francisca Lachapel has participated in several important Spanish-speaking projects.

The film debut for the Dominican star came in 2018 with his participation in the film “The ghost of my girlfriend”, where he shared credits with personalities such as William Levy and Carmen Villalobos.

As for television series, Lachapel has made guest appearances in important productions, both in the Anglo-Saxon market and in the Spanish-speaking entertainment industry: “Waking Up with You” (2017), “La gran surprise” (2018) and “Me caigo de la risa” (2014).

“Líos de familia”, the new series by Francisca: What you should know

The series “Líos de familia” will premiere in the first quarter of 2022 on the Pantaya platform, according to information provided by the website Variety.

The narrative of “Líos de familia” focuses on the residents of a middle-class building in Santo Domingo in the Dominican Republic, whose tenants adopt characters from all walks of daily life, according to a statement from Equal.

Francisca Lachapel returns to acting: Where? When?