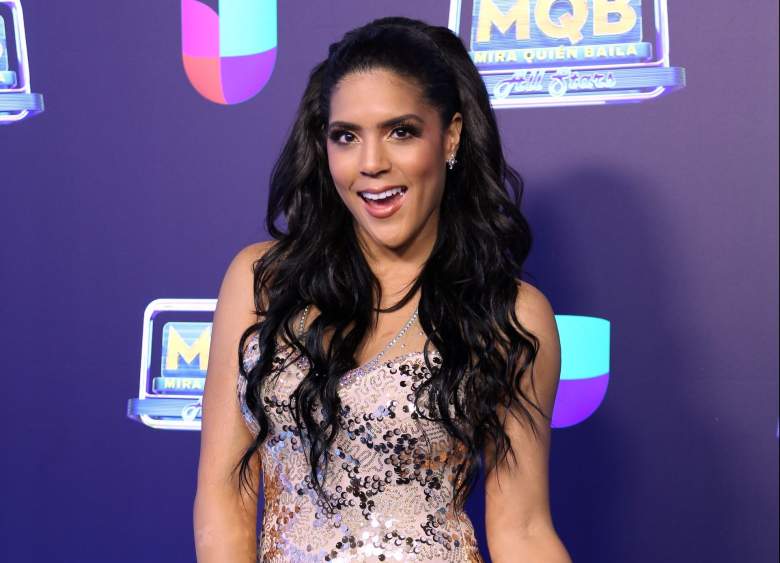 Francesca Lachapel is one of the hosts of the most important Hispanic television program “Despierta América”, after winning the crown of Our Latin Beauty in 2015. The beautiful Dominican enters to fulfill one of her goals, to work alongside great television figures, but What was your most awkward moment?

To celebrate the 25th anniversary of the morning show. The cheerleader told before the cameras and under the segment “That’s how she lived it” that she felt uncomfortable talking about her divorce on television.

He talked about his divorce in Despierta América

Lachapel has always been a very close woman with an outgoing personality, over the years she has shared with viewers all the stages of her life, when she entered the ranks of the show’s cheerleader, she was still married to her ex-husband, Rocky Lachapel . With whom she maintained six years of marriage.

At the time of your divorce. The driver had to confess what was happening in her life before the cameras of “Wake up America”, which she describes as one of the most uncomfortable experiences she has lived on television.

“That was a very uncomfortable moment, if not the most uncomfortable that I lived here. That moment of having to do a show and on top of that talking about a separation, that was very uncomfortable“Lachapel commented. “The divorce, single again, boyfriend who becomes a fabulous husband and continues with the announcement of the arrival of my son… Here have happened the most important transformations of my life.”

The actress and her work in Despierta América

Over the years, viewers have seen Francisca’s transformation before the cameras, as well as the most important moments. After being crowned as Nuestra Belleza Latina 2015, this event completely changed her life.

“I came from a restaurant in New York to be the presenter of the most important program on Hispanic television. Who does that happen to?” Francisca commented, because her dream came true.

With tears in her eyes, Lachapel took a tour of some of the most special moments she has experienced as the host of the morning show; She shared several of the dreams that she has been able to fulfill thanks to her work as a presenter. She remembered the day she was able to keep the promise she had made to her mother to remodel her house in the Dominican Republic.

“Obviously one’s life changes, one receives his little money, you start to make your little savings, her satisfaction, her tears because she couldn’t believe that her little house that her mother left her that she worked every year putting a little thing to make her different, she had finally changed. And that God would give me the opportunity to keep my word –because it wasn’t two or three times, I told him hundreds of times: ‘I’m going to fix your little house, I’m going to fix your little house’– that is the gift bigger than I have received”, she said visibly moved.

Francisca has always shared all the stages of her life, she feels grateful to currently form a beautiful family, her fans have supported her career and so have we. From Right now We are happy for all the transformation that Francisca has undergone throughout her career.