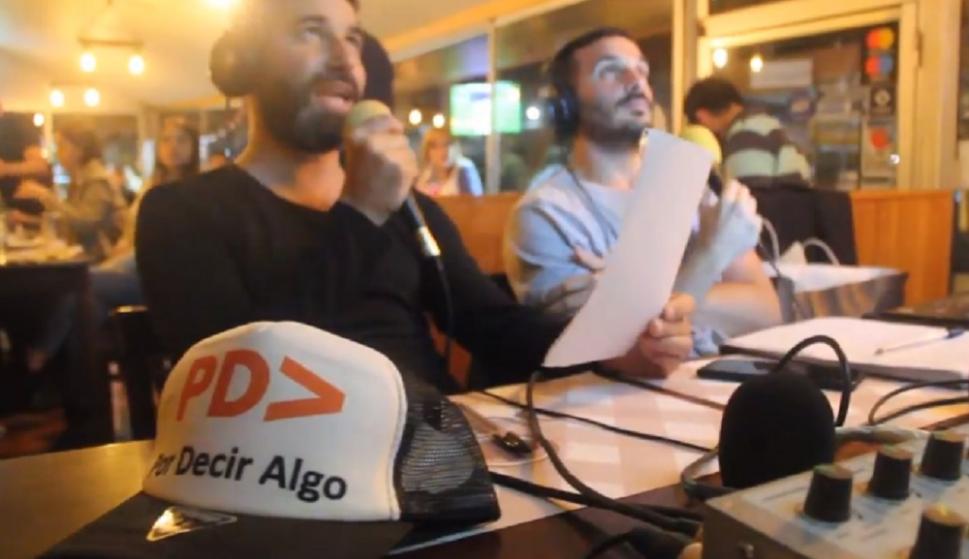 The last quarter of the year adds another novelty in the local radio scene. This Thursday, the Por team Say Something announced that it will end its cycle in M24, the FM on which it was on the air since 2020.

“Today we have bad news. The radio decided that the process that we started in 2020 in the M24 comes to an end “, they reported through the official PDA Twitter account. , they will leave the grid at the end of the year“.

Today we have to give bad news. The radio decided that the process we started in 2020 in the @M24radio come to an end. Both the daily program and the football broadcasts, both part of the Por Decir Algo Work Cooperative, will leave the grid at the end of the year. pic.twitter.com/bY4JB6zh3R

As they explained through a thread of tweets, the decision “responds to a reorientation of the programming that dispenses with the products of the PDA Cooperative”, something that the team does not share or understand.

“It is sad news because we have accompanied, in a professional but also personal way, the growth of M24. This process was ratified by the audience measurements that were shared with such joy in these weeks. Stop being part of the radio, in the moment of reaping the fruits of that work, it hurts us, “they admitted, before thanking those who have accompanied this entire process.

The daily program of For saying something It is broadcast from Monday to Friday from 1:30 p.m. to 3:00 p.m., with Facundo Castro, Sebastián Moreira and Felipe Fernández on 97.9 FM. The three expressed themselves through Twitter and the last one assured: “There is anger to chew, and some things to say together. “

While Sophia Romano, a journalist who is part of the football broadcasts of PDA (For Saying Football), also used the social network to comment on this decision: “We got fired from the radio. There is still a calendar to meet, a Uruguayan championship to finish and the commitment to the audience that is intact. Sadness at the incomprehensible but strength and pride of being part of this cooperative. “

They fired us from the radio. There is still a calendar to meet, a Uruguayan championship to finish and the commitment to the audience that is intact. Sadness at the incomprehensible but strength and pride of being part of this work cooperative.

For Saying Something was left out of the grid of M24: “They fired us from the radio”