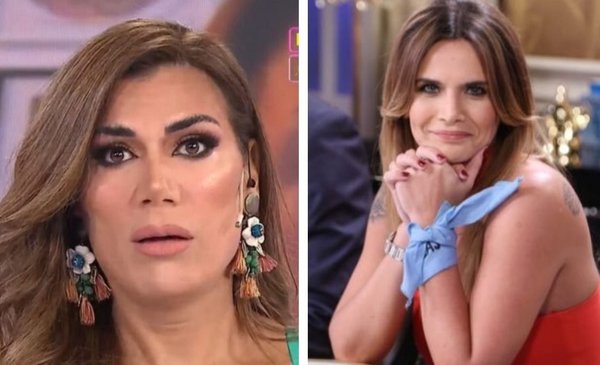 V flower lashed out at hate speech towards trans people Amalia Granata in a spicy public release. on the air in Intruders (America TV)the driver did not save anything. “To you and to all,” he pointed out in clear reference to the provincial deputy’s attack on her person.

Amalia Granata’s transphobia was fully exposed in a controversial interview on LAM (America TV) and his attack of hate and misinformation towards the trans community was widely repudiated by organizations fighting for human rights and by the fight for the rights of LGBTTIQ+ people. And after attacking with a tweet thread, the host of intruders Flor de la V took the trouble to answer him with a very harsh live release. “I’m here to fight you Amalia Granata,” remarked Flor.

Flor proceeded to answer the provincial deputy’s tweets one by one minutes before the end of Intruders. After Granata treated her as a liar and “reviled and dismissed” the trans collective, the driver retorted: “The trans collective is something that wanted to be installed many years ago and although at some point I doubted, I was able to hug my beloved Lohana Berkins and with many very important groups in our country that fight it every day in the street. I have great friends, great fighters: Susy Shock, Marlene Wayar, Camila Sosa Villada, many.”

Without turns and to close with her public release, Flor dedicated a few blunt words to her: “Wouldn’t it be lower when she messed with me for an extremely private issue? Because the truth is that trying to ‘save both lives’ they went for absolutely everything And so, they didn’t get it. I’m here to fight you Amalia Granata. To you and to all those who confront our collective, diversity and the trans collective”.

Yanina Latorre smashed Amalia Granata in the face for her transphobia: “They discriminate against them”

Amalia Granata and Yanina Torres they had a strong crossover in the middle of live television due to their different positions before the reality that trans people live in Argentina. The legislator once again spoke out against hormone treatment being free for those who do not see themselves as the gender assigned to them at birth, and the panelist from THE M He responded with arguments.

Hormonization treatments and sex reassignment surgeries are essential for the mental health of trans people, it is not about aesthetic touch-ups, but about necessary interventions so that they can feel themselves and have a full life. And health in Argentina is public, although Granata opposes it. In her speech, the deputy described as “gifts from the State” the money allocated to the trans community, made up of people who have an average life span of less than 40 years, a fact that reflects that opportunities are not given to that sector despite of the Gender Identity Law.

“I understand a little what you want to say, but it is utopian. It is an ideal world in which we do not live. We know the law, we are used to it and we deal with it, but they don’t take it on the street,” Latorre responded to Granata’s statements. And he added: “At 30 they can’t get a job, they are kicked out of schools, they are discriminated against, they beat them up, they call them ‘whores’. So we have to protect them.”

Despite the arguments raised by Diego Latorre’s wife, the former contestant Dancing for a Dream He was firm in his position: “That’s the easy one. I had a trans hairdresser and she broke her hair while working.” Immediately afterwards, the little angels wanted to make Amalia understand that she was referring to a particular case and that it is not the reality of the majority, but it was useless.

Flor de la V struck down Amalia Granata live: “To you and to everyone”