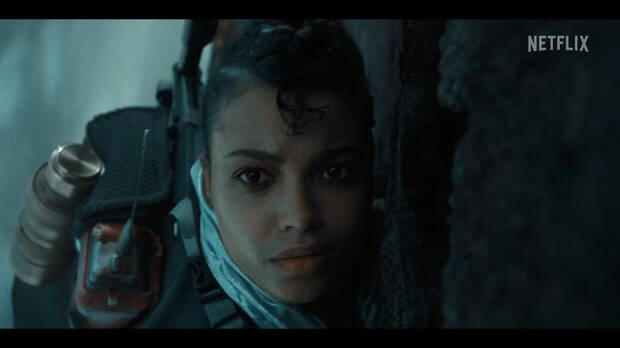 Netflix announced a couple of months ago series of resident Evil which he is producing in collaboration with capcom It will premiere on its platform on July 14. When he revealed the publication date of his first season, we still hadn’t seen anything about this ambitious project that tell the story of the Wesker family from two time lines, one in the present and one in the future, but that lack of images has ended today with the publication of the first trailer of the series.

Below you can see the trailer of resident Evil with Spanish subtitles:

“In the quiet New Raccoon City nothing ever happens”, reads the description of the powerful promotional video with which the series of resident Evil for Netflix has been seen for the first time. In this trailer the tone that the adaptation will have is clear to us: on the one hand we will live the first bars of the outbreak of T virus at the facilities of the Umbrella Corporation, events that will take place in the year 2022and on the other hand we will witness an apocalyptic world, already in the year 2036when society has been decimated by said virus and the survivors have to face hordes of infected.

Those who will star in these timelines will be, as we said, the members of the Wesker family. The father, Albert Wesker (played by Lance Reddick) moves with his two daughters to New Raccoon City: Jade is an ordinary girl who makes friends easily, while Billie He is antisocial and has an anger management problem. This dynamic will be key in the series, a typical love-hate rivalry between relatives. the actresses Ella Balinska, Tamara Smart, Siena Agudong, Adeline Rudolph and Paola Nunez They will play the roles of the Wesker sisters in each of the timelines.

resident Evil will premiere on Netflix on July 14.