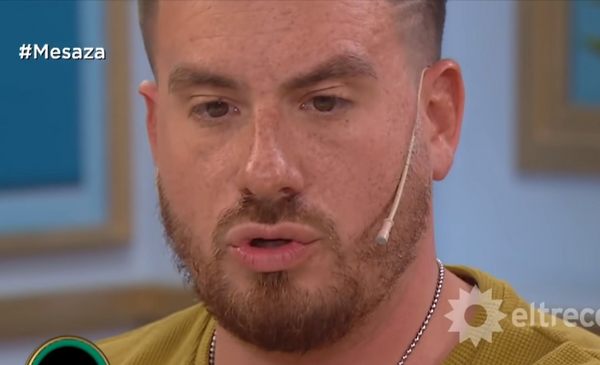 Faith Bal went to Having lunch with Mirtha Legrand and chatted with Juana Viale and the rest of the guests about a key moment in their life: when he was diagnosed with colon cancer and decided to visit Father Ignacio to seek guidance during his journey with the disease. It is about a priest who lives in the province of Rosario and who makes family constellations.

At that moment in his life, Faith He was willing to receive any kind of help and two close associates suggested that he visit Father Ignacio, including Leticia Brédice, who was also a guest on the program of Mirtha, sitting next to him. “Someone called me, Chiqui Abecasis, and this woman called me,” he said, pointing to Leticia. “She called me and said: ‘What you have to do is this’ and she sent me a contact. Family constellations, and I did it “, he remembered.

Thus, Fede Bal said that the priest approaches people and says a few words in their ears. “I tell you about it and it excites me. I had a tremendous experience “he continued. When the rest of the guests asked him what he had said to him Father Ignacio, he didn’t want to tell it and said it was a thing between the two of them. “He comes up to you and says something to you. He told me something that broke me, made me cry “, he recounted.

“Father Ignacio was an incredible experience. Every Sunday he gathers a number of people. And I said: ‘Why am I not going to see this man who so many people consult him for health problems?’ I didn’t want any VIP treatment or anything, I wanted to go in quietly, to be able to see him and shake his hand “, continued Ball.

“He is an eminence, a guy who is consulted by many,” he added. “And why did you go to see a priest and not a rabbi?” Juana. “Great question. Because I opened up. I know many rabbis, I am by choice Jewish, my mother is Christian and my father Jewish, and I always grew up between the Jewish holidays, at the ORT school, in the world of the Jewish community ”, he explained Faith. However, he stressed that his visit to Father Ignacio It had nothing to do with religion, but with being willing to open up and believe.

What are family constellations?

The family constellation It is an alternative therapy without scientific bases that takes some aspects of psychoanalysis, psychiatry, systemic theory and social anthropology. This type of therapy maintains that all people repeat and memorize patterns in the unconscious that, if not resolved, affect from generation to generation, determining our way of feeling and behaving. Having no scientific foundations, family constellations they are held on spiritual beliefs.

Unlike the classical therapies of psychology, these focus on the introspection of the patient. Generally, they are made among a large group of people, between 5 and 12, where each one has an hour to assemble their family constellation and the rest of the participants act as a family member, representing conflicts or family experiences that the person wants to heal. According to this belief, the other participants also heal by staging other people’s scenarios, since they can feel identified with their own family ties or see things from another perspective.

It is important to note that since it is a pseudoscience, there is no scientific proof that this type of therapy works: while some people have worked to go through trauma, family problems, grief, anguish, anxieties, etc., others did not notice the difference or even worsened, so it depends on each individual in particular and it is essential to find out before.