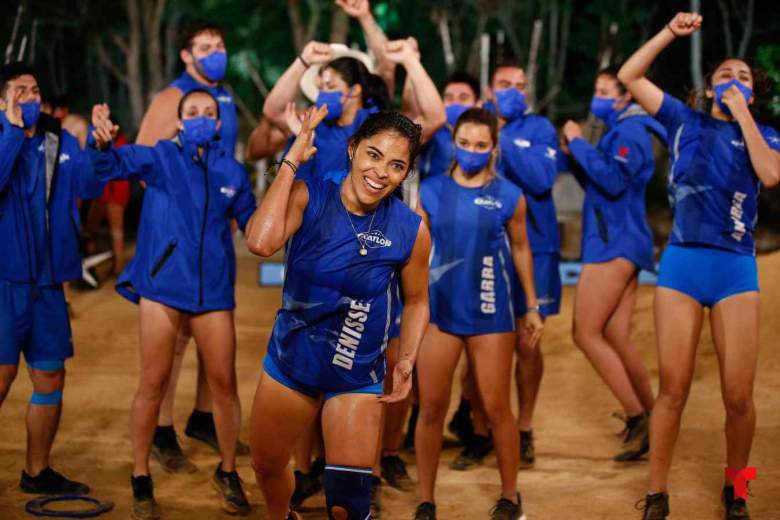 EXATLON: The photo of Denisse Novoa when she was a child that touches everyone

Since its inception a few years ago, the Telemundo network’s competition program, Exatlon United States, became, almost instantly, a favorite of the audience in the United States, which quickly placed him in the first places of preference, thanks to his very high-impact competitions, emotions in the millions and adrenaline that, five editions later, continue captivating everyone through the television screen.

At this point in the fifth season the audience begins to wonder about the next edition, as we are getting closer and closer to the end, but unlike previous seasons, this still would not be fully confirmed. Since it is not known if this new season would begin in 2021, or the first quarter of 2022, because Telemundo has not made a formal announcement in this regard.

The YouTube fan portal, Movies Mv, published an interesting video where they touch on this point, and they assure that one of their followers, an important source of information related to Exatlon United States, assured with a comment that, the presenter of Exatlon Mexico, Antonio Rosique would have confirmed a possible date for the new season of said delivery, so it is still unknown in the case of the United States.

In Movies Mv, they indicate that it would not be unreasonable to think of a sixth season for the middle or end of this year, or even early 2022, taking into account the summer Olympic games that Telemundo will broadcast. Don’t miss the video here with detailed information on this important topic:

That is, the future plans of the competition are not yet known and the information they share in this video is based on patterns that the production of the competition has followed in the times of previous seasons, whose idea will always be to satisfy the need of the audience to constantly live all the adrenaline that shows such an extreme competition.

On this subject, we have already contacted our sources on Telemundo to know officially about a possible new season of Exatlon United States and when we have more information we will share.

A season marked by controversy

The fifth season of Exatlon United States has not escaped the controversy that we thought we dismissed in the fourth installment. The countless injuries, breaches of contracts that have resulted in abrupt penalties and expulsions, even friction between teams that are causing alleged internal fractures. Go that the race for the man and the woman who will rise with the victory, has been a very difficult and almost historical one, in an edition that is like no other that we have seen.

Exatlon United States continues in a crucial stage, where each move and movement of these warriors could seal their destiny within a competition that lives up to its nickname, it is “the fiercest on the planet”, and the one that distributes the most prizes, with over a million dollars in total, numerous rewards, and much more. Monday through Friday on Telemundo at 7pm / 6pm central, with special elimination Sundays, which become more and more tense and emotional, full of difficult goodbyes that have brought tears to more than one.