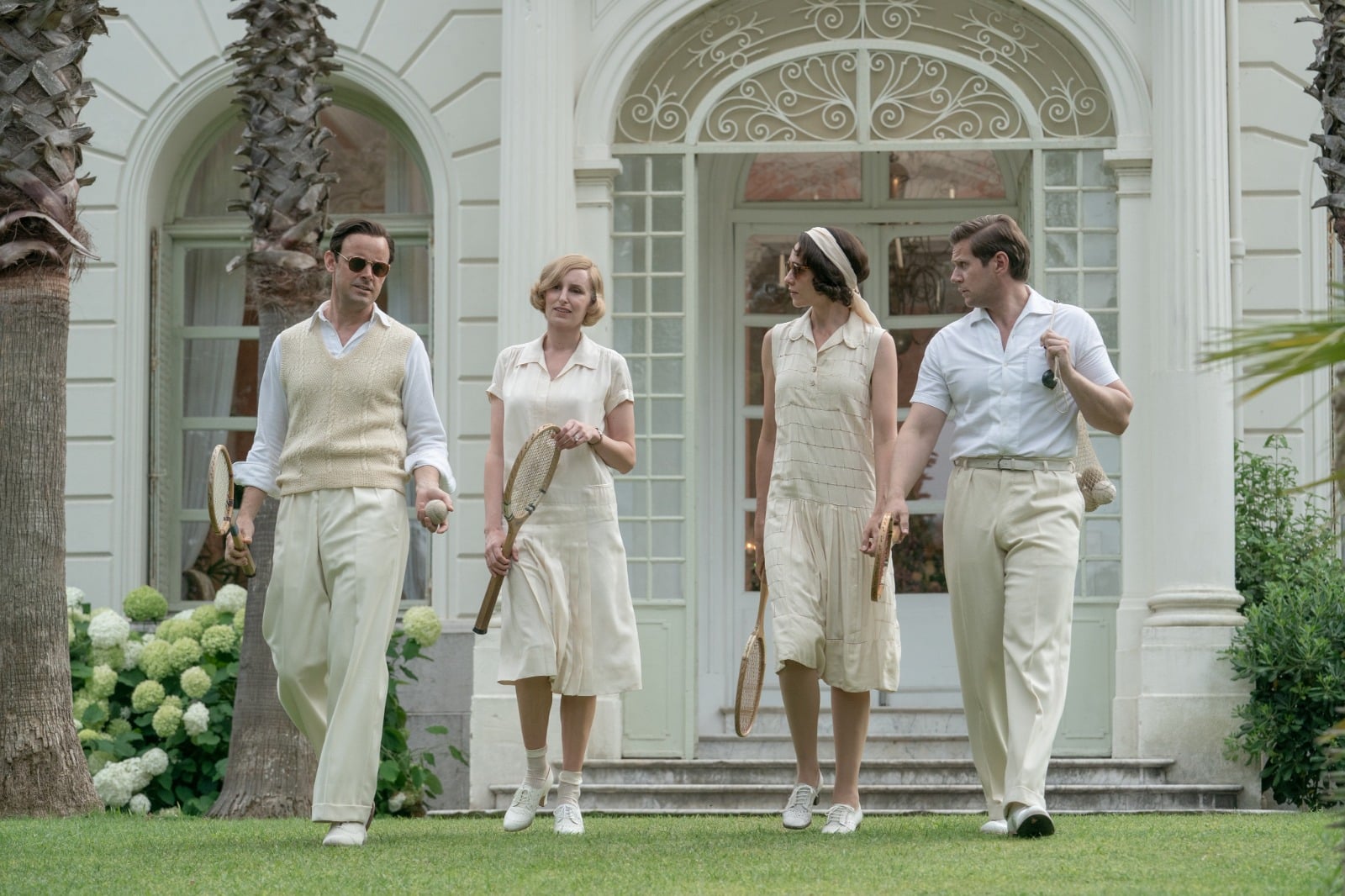 A few days ago the first trailer of the second movie of Downton Abbey, titled A New Era (A new age), a film that will be released on March 18, and to explain what we know about it I have to start with a spoiler from the first film, but it’s a spoiler happy so I hope you forgive me.

In the first film, from 2019, the Crawley family received a happy visit from the King and Queen of England, who in the years in which the series is set were George V and Queen Mary, grandparents of the current Elizabeth II. In case you haven’t seen it, here’s the trailer:

At the end of the story, we are left with the bitter taste that the dowager countess, our beloved Lady Grantham, magnificently played by Maggie Smith, was dying of cancer or, at least, that revealed her granddaughter Mary. Well, it turns out that neither has died nor is going to die shortly, and, instead, in this new installment he announces to his family that he has just inherited a villa in the south of France from a mysterious man he met in the past .

In the trailer we are not given more details about this man, but we know that he is someone he knew before his son was born and, in the film, he will be used as an excuse to reveal a few secrets of the history of the august widow. It will also lead to a trip by the Crawleys to France, accompanied, of course, by their usual string of servants, Mr. Carson, the old butler now retired, included.

That’s the first ad for the new movie, but not the only one. In the first feature film, Branson met a woman who was initially a servant, but who turned out to be the true heir to an immense fortune that is accompanied by a gigantic estate. As expected, a romance arose between them and, yes, we know there is a wedding.

We also know that Lady Edith (played by Laura Carmichael) is still happily married, but one issue that has raised many questions is that Matthew Goode, the actor who played Henry Talbot, Lady Mary’s second husband, does not appear in the trailer. that has given rise to all kinds of rumors. Are you traveling again, as happened in the first movie? Still alive?

In the trailer there are also new characters that did not appear in the first film. We know that actor Dominic West is going to have an important role and, as the British tabloid has revealed Daily Mail, will play a rich aristocrat who will be invited by Lord Grantham to spend a few days at Downton Abbey. We have seen West in numerous movies, from Chicago a John Carter and Colette, and lately in the series The Affair. It is also known that he will be in the cast of the new season of The Crown playing Prince Charles.

Another new addition to Downton Abbey It will be the French actress Nathalie Baye, who will participate as an old friend of Lady Violet and Laura Haddock will play the role of Myrna Dalgliesh, someone about whom, at the moment, we know practically nothing, but about whom we intuit that she will give a lot to talk (some love affair, perhaps?). We have already seen Laura Haddock in a promotional photo of the new film and it must be said that she is incredibly glamorous, with all platinum blonde hair and an absolutely masterful silk coat. Of course, it is a much more sophisticated image than in his previous roles (he has appeared, among others, in Guardians of the galaxy and in Transformers).

The director is different: in the first installment he was Michael Engler and now he is Simon Curtis, a guy who in the past shot, among others, Goodbye, Christopher Robin. However, the script is still by Julian Fellowes, who seems that, again, he is going to give us an incredibly entertaining film with a lot of flavor feel good. Fellowes has already advanced that the essence of Downton Abbey It’s not going to change, but it’s obviously going to reflect the passage of time: the film is set in the late twenties and early thirties, the beginning of a new decade and also a new era.

Wasn’t it going to be released at Christmas?

Yes, it was originally planned that Downton Abbey It was released at Christmas, but delays in filming due to the pandemic caused it to have to be postponed. As explained by the protagonists, they could not start filming until absolutely everyone was vaccinated.

Everything we know about ‘A new era’, the latest installment of ‘Downton Abbey’