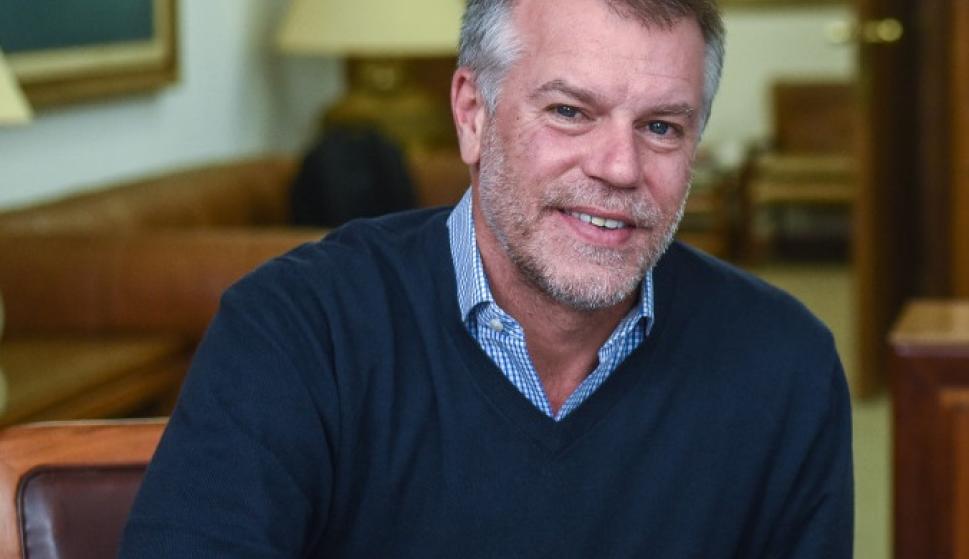 —In June, Teledoce decided to discontinue the agreement it had with Kantar Ibope Media for audience measurement. Why?

—We have been strategic partners of Ibope since 2000 when the meter landed in Uruguay. We were consistent throughout all these years. However, four or five years ago we began to see certain inconsistencies and instabilities in the data. As a first step, we turn to specialized advice to further analyze the information. The result of that analysis confirmed our assumptions about data flaws.

“Inconsistencies of what kind?”

—We were struck by the fact that, for example, a program scored 8 points and the next day 12 and at week 7. Something like this can happen in a current affairs program, inasmuch as the topic of the day can be a source of interest or disinterest. But in a soap opera, after it is consolidated and imposed, there cannot be that kind of variation. We also saw with amazement that repetitions of programs in the early morning hours achieved measurements similar to morning or afternoon cycles. Another aspect that concerned us was the sample. We contracted for a service with a sample of 320 households that was never fulfilled. In the minute-by-minute reports that we received, it was stated that the data came from 270 – 275 households on average. Never again than that, when at the time of creation of the sample, Ibope itself determined that at least 320 households were needed to be representative in Montevideo.

“Why are fewer homes reported?”

—There are many households that do not cooperate or in some cases suspend the sending of data due to renovations in the house, travel or other reasons. When this behavior persists, he should be removed from the household and replaced with another. On some occasions we found that there were households with more than three months in this condition. So in fact, the minimum sample loses 30%, which makes us doubt very much about representativeness. On one occasion we found that, depending on the distribution and weight of households in the sample, there were two households that directly affected the behavior of the rating in a disproportionate way.

“The data (of Ibope’s rating) are not reliable,” says the program manager for 12.

-That’s how it is. In addition, it is a sample that is not updated to the reality of our society. The socioeconomic indices that make up the sample do not represent segmentation, or geographic distribution, not to mention consumer habits. So if there is no sample that is representative of how society is distributed from a socioeconomic point of view, it becomes very difficult for people meters (devices to measure rating) to be distributed in a balanced way.

—Did they raise these differences with Ibope?

—Yes, we raised it several times. The Ibope office in Uruguay basically has a commercial and partially operational role. In some areas it depends on Argentina and in others on Brazil. Some years ago, when the local office had more structure, if we raised any questions, the next day the executive came with the data and gave us explanations. Today, our questions are practically unanswered because they are referred to regional offices and the answer arrives several days later and generally unsatisfactory. Today, Ibope Uruguay is not a proactive company. For me, as a programmer, the rating is the GPS, it is the compass that helps me make decisions.

“Did that trigger your resolution to terminate the agreement?”

-Yes. After five years of not obtaining satisfactory answers to our complaints and promising us changes that they did not make, last June we decided to get out of the agreement. Today we are looking for different alternatives: we are in talks with local companies and also abroad.

—Another aspect that is often questioned about Ibope’s measurement is that it does not consider streaming consumption by platforms. Is this so?

—Ibope is not technologically trained for what is required today in audience measurement. Currently, you cannot not measure streaming. Although they have some last generation people meters, they mostly measure broadcast TV and cable, excluding the different platforms.

—This week Ibope decided to exclude Teledoce programs from its most watched TV reports, What did you think of that measure?

—Ibope is within his right to do so, but what seems wrong to us is that public opinion is being misinformed. Take the example of a consulting firm that conducts a vote intention survey and excludes one of the main parties. This week there were our programs rated to be in that ranking and they were not put on.

—Do you think the channel’s decision regarding Ibope is final?

-No. Although in the current conditions we have no guarantees to continue. We consider the data to be unreliable.

“Have you discussed this with the other channels?” Is it a shared concern?
​
“There are concerns we all agree on.” For example, not measuring the different platforms causes the industry to shrink. It is not a good sign for advertisers. If everything that needs to be measured were measured, the share (target audience) of the channels would be greater than what we are currently having. That goes against the industry, so I would say that the three channels agree on that.

—Teledoce led for many years in measurements. Have they not considered that it could generate suspicion that the claim occurs at a time when they do not have the leadership?
​
—If there are no guarantees and confidence in the data, we cannot speak of leadership. This is a matter of responsibility and trying to benefit the industry we are in. In Argentina, for example, there is a very demanding quality control. The media and the market audit Ibope data. They also promote “no-mystery” data openness to customer groups. They are much more open when it comes to providing information. Not here, which raises doubts. At no time do we consider that there is a problem of honesty or transparency. What we have complained about is the inconsistency of the data, which in our opinion derives from methodological problems. Everything we say is duly documented and they know our concerns.

—Sometimes the rating measured by households or by individuals gives different. Why does that happen?
​
“That’s another inconsistency.” Unlike Argentina, in Uruguay the production methods of the individual or household rating are different. That makes the same program win in households and not in individuals.

—How do you evaluate Teledoce’s programming this year?

—Despite the complications derived from the pandemic in economic and production matters, we were able to have a good year. We have a strip of entertainment with national productions that runs from Monday to Friday, with “Poné play”, “La rouleta de la luck”, the new “Deal done” and “Something to say”. We are very satisfied, within a complex context. In 2021 we had considered different formats that, as a result of the pandemic, we could not specify. With the exception of “Sacred Fire”, which when filming outdoors allowed us to maintain the protocols. It was a production that demanded the work of more than 150 people between participants and the technical team. We are very satisfied.

– When do you foresee the premiere of “100 Uruguayans Say”?

—We think that in October we will already be on the air with “100 Uruguayans …” that will be added to that entertainment scheme from Monday to Friday. In addition, and for next year, when the channel turns 60, we have planned the production of two formats, one of them very large and we hope to crown the anniversary with that event.

– Were you satisfied or with “little pleasure” with the performance of “Showmatch” in 2021? In Argentina it has not achieved good measurements …

—We are satisfied in commercial and rating terms for the time you are programming. Obviously, the format is already wearing out after so many successful years.

—The trend of the three channels points to the local adaptation of international formats. Was this phenomenon here to stay?
​
“It’s the world trend.” Today the three private channels are on the same line. We were the ones who started and then Channel 10 continued on our way and today, Channel 4 joined. There is an avidity on the part of the public for entertainment as a way to get out of everyday problems. I think the pandemic increased that need.

– Are the formats more accessible today? Because at one time it was more uphill for Uruguayan channels to acquire and adapt them …

—A few years ago, production and programming budgets were distributed differently. Movies, series, soap operas were bought. Today, with the amount of platforms that are available, it has made movies and series lose hours on the open screen. That makes us buy much less canned material. This allows you to have other budgets when producing. The same happens with soap operas, one is more selective when it comes to negotiating them. But in general, canned material no longer performs as before, so resources are generated to encourage more ambitious productions, as did 10 with “Got talent”, we with “Sacred Fire” or 4 with “Bake off” .