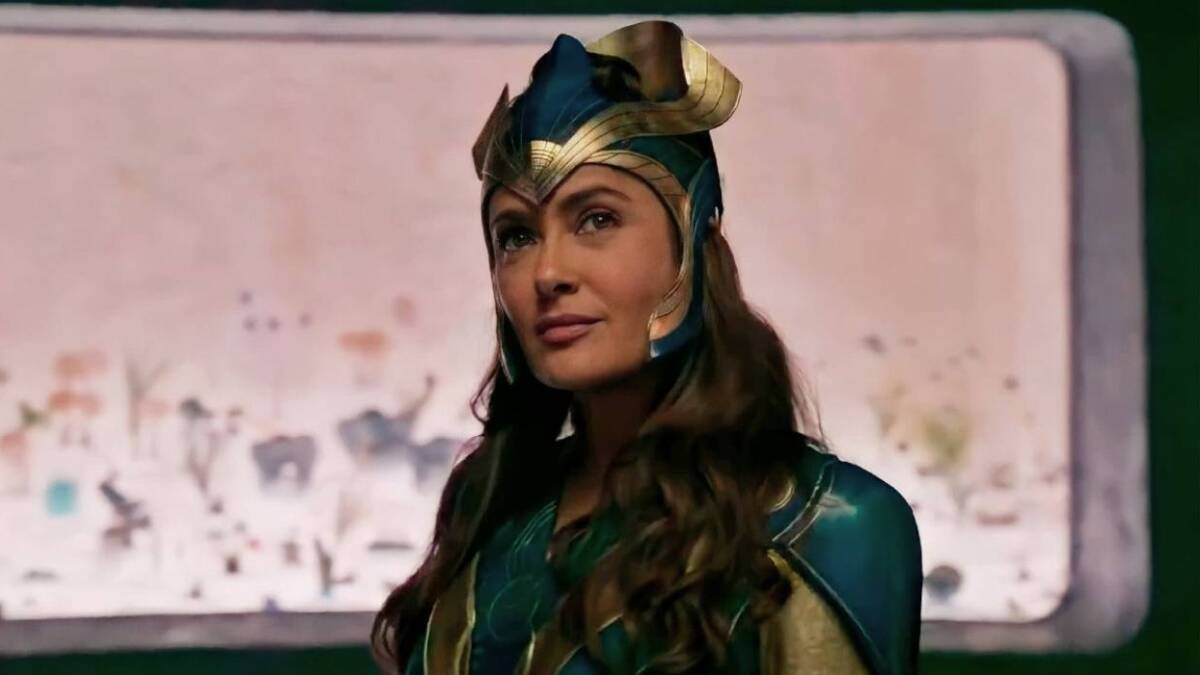 It is not a secret that Salma Hayek became one of the heroines of the new Marvel Studios movie, ‘Eternals’, which had its premiere in Mexico on November 3.

During the press conference, one of the interviews that the Mexican offered went viral when she shared, on the verge of tears, how she felt when she saw herself for the first time in Ajak’s suit.

It was on November 2 that the Despierta América program published the interview with Salma Hayek and the producer Victoria Alonso, but a segment in which the Veracruz star recalled his origin went viral.

“When I put it on I started crying, not like that of a soap opera, but tears came to my eyes, the image gave me something and I said to myself ‘why?’ I saw my dark face in the superhero costume, when I saw my face I saw your face, I saw my girlish face that had to have so much courage to dream big, I saw the faces of all the girls.

“I realized that a door had been opened where I did not enter alone, but that inside that suit we were all Latinos together that we have waited so long for this moment. I saw the dark face of the Virgin of Guadalupe! Everything came over me, ”she said on the verge of tears.

While the production company added that representation on the big screen is important. “By feeling what she felt and by what all the girls and some boys feel, (is) feeling represented, being represented, seeing in the mirror that one can be a superhero.

“The moment I saw her with that suit, it was a moment that changed everything in my head because if that is possible, many things are possible,” he said.

Marvel bets on diversity in its films

No doubt the cast of ‘Eternals‘is one of the most varied of the Marvel films, since they even included the first openly gay superhero with a family, a situation that led to the film being classified for adults in Russia and not even being classified in other Arab countries showed.

Eternals: Salma Hayek cries seeing herself as a superhero for the first time