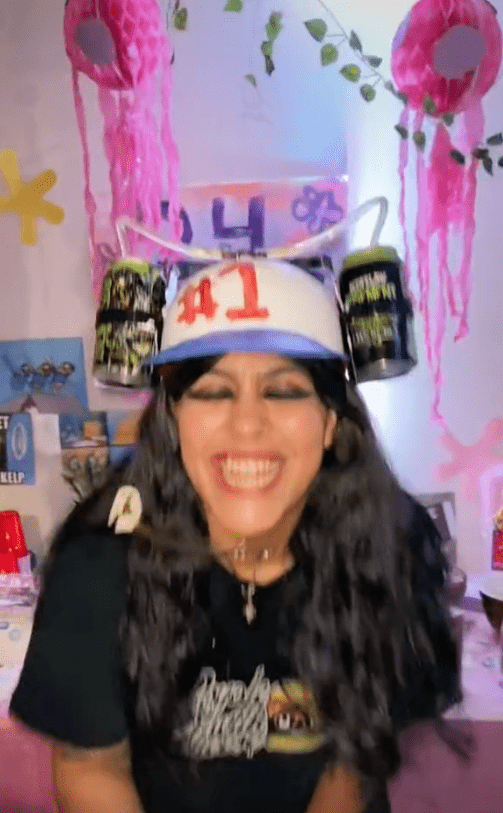 Friends are friends forever and ever, through thick and thin… If something has made us clear TikTok is that love does exist and also, those friends who throw surprise parties. The most recent test was given to us by the girl who had a SpongeBob-themed party thrown for her.

was the user @isabelmilarie who, through his account on the social network of short videos, showed us the party that his friends threw for his 24th birthday. One that in the first instance had flower and jellyfish decorations that we see in the series created by the deceased Stephen Hillenberg.

Friends threw him a SpongeBob-themed party

In the clip (which we will show you later) there are other nods to the cartoon such as the pizzas that the Krusty Krab sells one day, the soda cap owned by Smithy Werben Jergen Man Jensen (he was number one), as well as name tags so you don’t lose your identity.

But that’s not all, since some of the guests are dressed as Bikini Bottom characters such as Elegant Squidward, Arenita, Perlita, Patricia, The Criminal Mutilator Picador and even the terrifying floating shopping list that we see in the chapter “Mr. Krabs’ Trash.”

Better see the party in question and die of envy:

More than two decades after its premiere, Bob is still in the hearts of many

Just This May 1 SpongeBob turns 23 years of having aired for the first time and it is incredible to see how the famous sea sponge and his friends continue not only passing through generations, but also being remembered and loved by those of us who grew up watching their adventures in Bikini Bottom.

Without a doubt, a day to thank Stephen Hillenburg wherever he is picking daisies and by the way, express having friends who one day throw us a party of this caliber. We also want to live that dream!

Envy a thousand: Friends organize a surprise party with the theme of ‘SpongeBob’