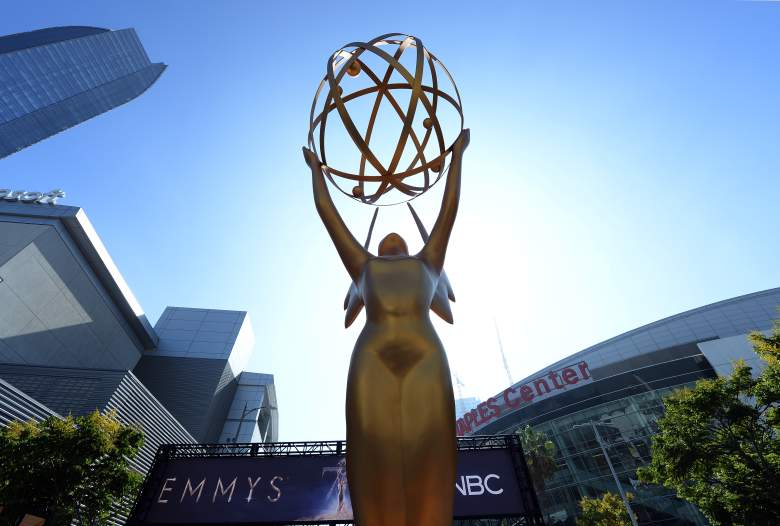 An Emmy statue is placed at the entrance to the gold carpet at the Microsoft Theater entrance for the 70th Emmy Awards on September 13, 2018 in Los Angeles, California.

The 2021 Emmy Awards are here! On Los Angeles United States, the most important of the recognitions to television recordings will have its annual celebration to highlight excellence in this industry.

The considered “Oscars” of American television in its 73rd version will deliver awards to the best television series of the time Prime time, issued between the months of June 2020 and May 2021.

The ceremony will begin at night on Sunday, September 19, and will end at dawn the following day. The site of the event will be the Event Deck in Los Angeles California, and this time the gala will be face-to-face, and outdoors.

It should be noted that initially the Microsoft Theater was intended as the usual venue for these awards, but at the last minute the change was made to the Event Deck, which is located at the back of the previous one.

How to watch the Live Stream?

The ceremony will be broadcast throughout the United States through the CBS television network. Similarly, if you prefer to enjoy the gala online, you can follow the streaming on Paramount+.

The ceremony will be available to broadcast on:

The 73rd Emmy Awards will air on Paramount + (formerly CBS All Access) and will be available to broadcast live to all subscribers. The Paramount + streaming library is also filled with classic TV shows and movies from ViacomCBS, Paramount, and their many subsidiaries. This includes CBS, Sports HQ, Entertainment Tonight, Nickelodeon, BET, MTV, Comedy Central, and the Smithsonian Channel.

At this time, you can register for a trial Free 7-day Paramount + to watch the Emmys for free, with monthly plans costing $ 4.99 after that, or $ 9.99 for an ad-free subscription.

Another way to stream the 2021 Emmys online is through FuboTV. Your subscription plan includes more than 200 television channels, including CBS. FuboTV also gives you hours of cloud DVR storage if you don’t want to watch the awards ceremony live.

You can currently get a 7-day free trial of FuboTV. Get the proof free here and stream the Emmys live on CBS from your smart TV or phone.

Originally called DirecTV NOW, AT&T TV NOW is a new live TV streaming service that brings you all your local channels (including CBS) plus ESPN, Fox Sports, and all of your favorite entertainment networks. Plans start at just $ 69.99 a month and even the basic plan includes 65+ channels and 40,000+ hours of on-demand content. AT&T now also offers cloud DVR recording so you can record live TV and rewatch it whenever you want, perfect for re-watching all your favorite Emmy moments.

AT&T does not currently offer a free trial to new subscribers, but if you cancel within 14 days of watching the Emmys, you will not be charged.

Hulu offers one of the best packages on the market with its offer Hulu + Live TV. The deal gives you thousands of TV shows and movies to stream on Hulu, plus more than 60 live TV channels. Hulu’s live TV offerings include CBS, so you’ll be able to stream the Emmys online. Hulu also allows you to stream TV from any device, so you can also watch the Emmys live from your phone and tablet.

Hulu + Live TV costs just $ 65 a month, but Hulu currently offers a free trial of the service that you can access here. Sign up for the free trial now and get it in time to see the free Emmys.

YouTube TV is a live TV streaming service from Google that offers content on demand and a cloud-based DVR. They offer ABC, CBS, Fox, NBC, and more in most areas. They also offer a Free trial.

Sling TV It only offers NBC and Fox in a limited number of markets, so this is not a good choice for the Emmys. There is a Free trial available, but save it for something that airs on NBC or Fox.

READ MORE: Lions and tigers at the National Zoo test positive for COVID-19