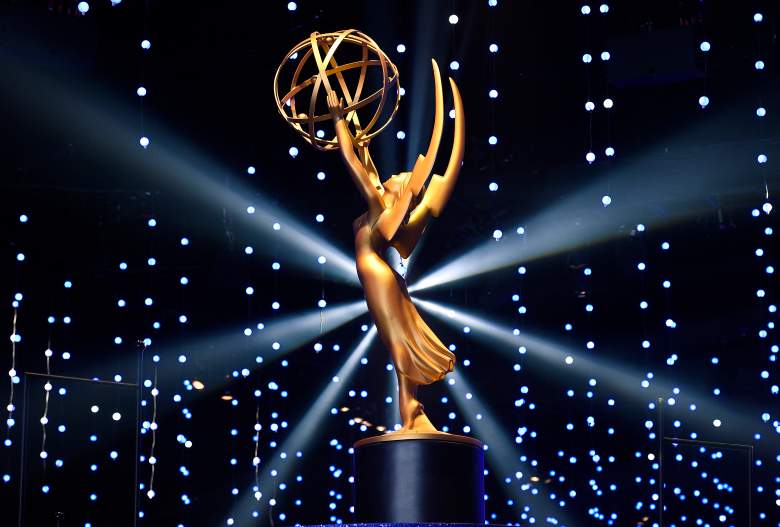 On Los Angeles United States, the most important of the recognitions to television recordings will have its annual celebration to highlight excellence in this industry.

The considered “Oscars” of American television in its 73rd version will deliver awards to the best television series of the time Prime time, issued between the months of June 2020 and May 2021.

The ceremony will begin at night on Sunday, September 19, and will end at dawn the following day. The site of the event will be the Event Deck in Los Angeles California, and this time the gala will be face-to-face, and outdoors.

It should be noted that initially the Microsoft Theater was intended as the usual venue for these awards, but at the last minute the change was made to the Event Deck, which is located at the back of the previous one.

Emmy organizers explained the change of place in a statement:

“The 73rd Emmy Awards will be held in an air-conditioned tent on The Event Deck at LA LIVE, directly behind the Microsoft Theater. This will allow for more socially distanced audience seats ”.

The host of the event for this year will be the well-known American comedian Cedric Antonio Kyles, more recognized as “Cedric the entertainer, and the one in charge of awarding the awards, will be The Academy of Television Arts and Sciences.

The awards will begin at 8:00 pm (Eastern time).
Here is a list of the start time of the important gala in various countries of the region and the world.

Where to see the gala?

The ceremony will be broadcast on CBS in the United States. While, in Latin American countries, the event can be seen through TNT and TNT Series.

It should be noted that, for this edition, the Emmy 2021 They have several series that exceed twenty nominations, and are great favorites to win an award. Some of them are:

• The Crown (24 Nominaciones) – Netflix: The fourth season of “The Crown” Netflix original series takes us towards the end of the 70′s when Queen Elizabeth (Olivia Colman) and her family began to worry about the line of succession. For this, the monarchs must find a suitable bride for Prince Charles (Josh O’Connor), who is still single at 30 years old.

As the nation begins to feel the impact of the policies of Prime Minister Margaret Thatcher (Gillian Anderson), the first woman to hold the office, the strained relationship between her and the queen worsens significantly when the Iron Lady leads the country to the Malvinas War. Back then, Charles’s affair with young Lady Diana Spencer (Emma Corrin) offers the perfect fairy tale to hold the British people together, while inside the palace the royal family is increasingly divided.

• The Mandalorian (24 nominations) – Disney +: “The Mandalorian” and “The Boy” continue their journey, facing enemies and gathering allies as they fight their way through a dangerous galaxy in the tumultuous era after the collapse of the Galactic Empire. The series stars Pedro Pascal, with guest stars such as Gina Carano, Carl Weathers, and Giancarlo Esposito.

• WandaVision (23 nominations) – Disney +: “WandaVision” is a mix of classic television and the Marvel Cinematic Universe (UCM) in which Wanda Maximoff (Elizabeth Olsen) and Vision (Paul Bettany), two beings with superpowers who live an idealized suburban life begin to suspect that not everything is it seems.

• The Handmaid’s Tale (21 nominaciones) – Hulu: “The Handmaid’s Tale” is a dystopian television series created by Bruce Miller, based on the 1985 novel of the same name by Canadian writer Margaret Atwood. The series was commissioned to be broadcast by the streaming service Hulu and with only 10 episodes, whose production began at the end of 2016. The plot presents a dystopia after a Second American Civil War in which a totalitarian society subjugates fertile women , called “Handmaids”, to the slavery of motherhood.

Elisabeth Moss is doing better than ever, but a sparse plot and a sense of excessive doom may prove too bleak for some viewers to really enjoy season four.

• Saturday Night Live (21 nominaciones) – NBC.com, Hulu, Peacock: Throughout its four decades on the air “Saturday Night Live,” a live comedy show that runs on Saturday nights has received numerous awards, including 78 Prime time Emmy Awards. In 2000 he was inducted into the Hall of Fame of the National Broadcasting Association. It was ranked 10th on TV Guide’s “50 Greatest Television Shows of All Time” list and in 2007 it was included on Time’s “100 Greatest Television Shows of All Time” list. As of 2018, the show had already received 252 Prime time Emmy nominations, the most received by any television show.

• Ted Lasso (20) – Apple TV+: Jason Sudeikis is “Ted Lasso”, a football coach hired to lead a British team, despite having no experience. But what he lacks in knowledge, he makes up for with optimism and determination.

• Lovecraft Country (18 nominations) – HBO Max: Based on the novel by Matt Ruff, “Lovecraft Country” follows Atticus Freeman (Jonathan Majors) as he reunites with his friend Leticia (Jurnee Smollett) and his Uncle George (Courtney B. Vance) to embark on a road trip to through 1950s Jim Crow America, in search of his missing father (Michael Kenneth Williams). So begins a fight to survive and overcome both the racist horrors of white America and the terrifying monsters that could be ripped from a Lovecraft book.

• Lady’s Gambit (18 nominations) – Netflix: Based on a novel by Walter Tevis, the Netflix miniseries, “Lady’s Gambit” is a story about the transition to adulthood that explores the true price of talent. Beth Harmon (Anya Taylor-Joy), a minor abandoned in a Kentucky orphanage in the late 1950s, discovers her extraordinary talent for chess while developing an addiction to tranquilizers that the state public system uses to sedate children. Haunted by her personal demons, driven by obsession and a cocktail of narcotics, Beth transforms into a gifted and glamorous young woman, determined to break down barriers and conquer the hyper-masculine world of competitive chess. The series is scripted and directed by two-time Oscar nominee Scott Frank, who also co-executive produces with William Horberg and series co-creator Allan Scott.

• Mare of Eastown (16 nominations) – HBO Max: As her life crumbles around her, a small-town Pennsylvania detective, Mare Sheehan (Kate Winslet), investigates a local murder. The series explores the dark side of a close community and offers an authentic examination of how family and the tragedies of the past can define our present. Winslet surprises again with an extraordinary performance.