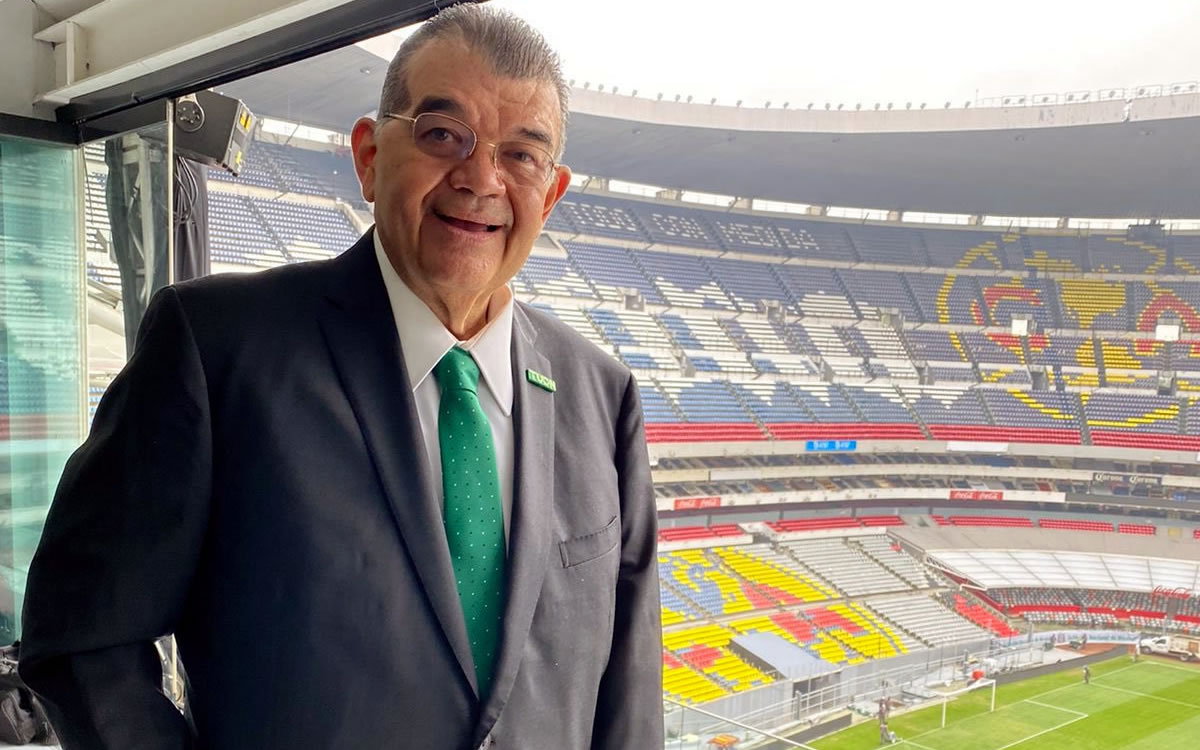 He is one of the most iconic voices and one of the most respected men in the sports media. For decades he has delighted us with his narratives and their general culture in every transmission, but Don Emilio Fernando Alonso was close to dying in 2005 as a result of a stroke.

At that time part of the team of José Ramón Fernández on TV Azteca, the famous chronicler had the stroke at a dinner with his current wife. Talking with Toño de Valdés on YouTube, Don Emilio He claimed that he never lost consciousness.

“It was a very difficult disease that had me on the brink of death. I didn’t feel anything, nothing hurt, but it was my wife today who realized it. We were at a dinner with her friends, she saw something strange and told me : ‘We’re going to the hospital.’ I understood everything they told me, but I couldn’t express myself good because the first thing you lose in a stroke is speech, “said the man from Iguala, Guerrero.

The journalist assured that if he is alive today it is thanks to his partner, since in just an hour and a half after the incident, he had been transferred to one of the most recognized hospitals in Mexico City to be treated. Just as he arrived at the hospital, they raked his head and the operating room.

“She picked me up and my legs couldn’t stand, she dragged me out of the restaurant and people must have thought I was drunk, even though I don’t drink. On the way to the hospital she called a cousin of mine who is a doctor and told him : ‘I think Emilio has a stroke’, I was consciously listening to all that. When I arrived I remember that they shaved me to put me in surgery immediately because if I did not die“he added.

‘They told me I would never speak again’

The outlook for Don Emilio looked fatalistic, because although they had saved his life, the doctors predicted that he would remain paralyzed and without expressing himself, however, the faith of being back in a stadium to shout the goals kept him afloat.

“My diagnosis was very negative, I was hospitalized for six months, they said that I was not going to walk again and I was in a wheelchair for two years, who would not speak again. Thanks to my wife who didn’t let me down. I lived depressed, I didn’t want to go out or see anyone, I went from being very independent to depending on someone for everything, “he said.

That mishap that put him on the board of death was “an issue overcome” a year and a half later, when was able to return to narrate to a stadium with TV AztecaAlthough he confesses that between nerves and excitement, he never noticed a score from the Pumas and yelled it seconds later.

“It took me a year and a half to narrate football again and I have to confess that that day I returned I missed a goal. It was in a Cruz Azul vs. Pumas at the Blue Stadium, I was in the broadcast box. A thousand things were going through my mind about whether or not I could do it again, I was fearful and at the same time so excited that a goal from Pumas fell that I did not see, it was from Leandro Augusto. I reacted because I heard people celebrate and I saw Leandro on the court celebrating, that’s why I screamed the goal, if not, I don’t even know. “

To listen to Emilio Fernando Alonso talk about his illness, play back from 31:45.

Emilio Fernando Alonso and his stroke: ‘I only had surgery shaved’