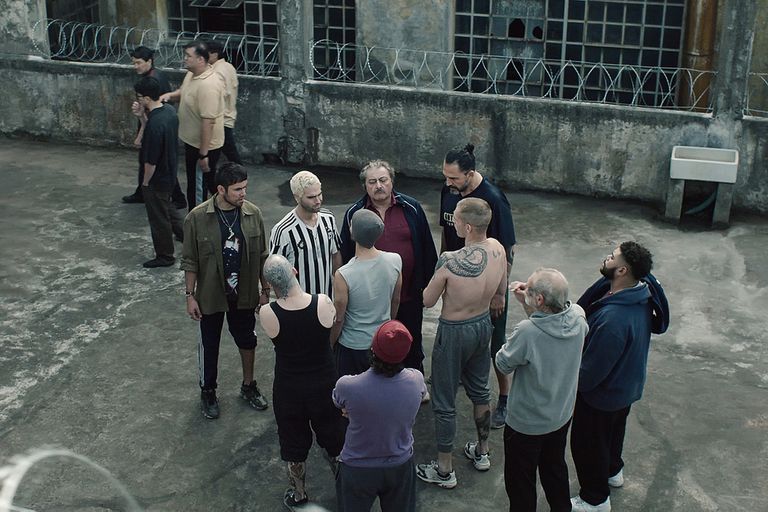 This Tuesday, Netflix released one of the most anticipated trailers: that of the fourth season of The Marginal. In the compilation of images you can see some of the protagonists of the previous seasons, but no longer in San Onofre, but in a new prison.

The clip begins with Pastor (Juan Minujín) arriving at a new prison, Puente Viejo, after the San Onofre fire. There he meets two old acquaintances: Diosito (Nicolás Furtado) and Mario Borges (Claudio Rissi). As expected, that reunion will serve to bring old accounts of the past to the present. “Even if they tell you God, they don’t even love you in heaven,” Pastor says to Diosito, face to face, by way of greeting. And, later, a violent fight between them is shown.

César (Abel Ayala) is also in the new prison, who was transferred there, and leads the group that represents the U21. But not all are familiar faces. Also making a presentation is Coco (Luis Luque), who is announced as “an inmate who has been in prison for a long time and understands the need for order in prison life.”

His methods to achieve this do not seem to be very peaceful: in one of the scenes he is seen threatening Pastor with a knife and telling him: “We don’t like the police here at all.”

From outside the prison, Sergio Antín (Gerardo Romano) will operate to seize the power of the prison, facing the current director, Galván (Rodolfo Ranni), who is defined as a prisoner of the old generation. “I am not like the languid Antín. I do not allow prisoners to run my jail ”, he is heard saying.

Emma Molinari (Martina Gusmán), meanwhile, will work to help Pastor in a new and dangerous escape attempt. But the plan of the former police officer does not seem like an easy task despite the fact that he receives information about where the “great drain” is that could leave him outside the prison, in another part of the clip he is seen tied and naked, while the prison director reproaches him that he has taken the life of one of his inmates. “You’re going to have to pay,” he says.

The series, produced by Underground and Telemundo Streaming Studios, will premiere globally on Netflix on January 19. The first three seasons -also available on the streaming platform- were broadcast by Public TV, where they reached atypical ratings in terms of rating for the state channel.