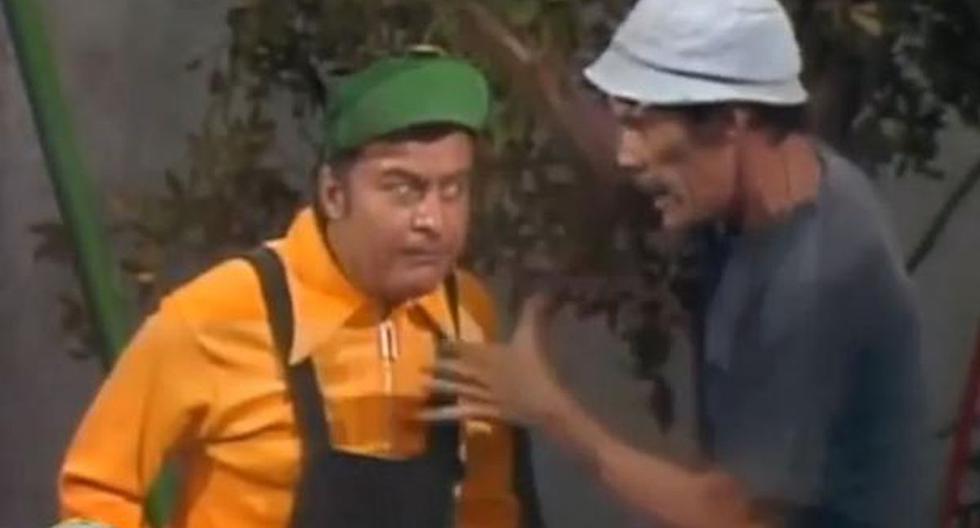 What’s the name of Godínez? “El Chavo del 8“, By Roberto Gómez Bolaños” Chespirito “, left a series of memorable characters in childhood and adolescence of several generations in Mexico and the rest of America. The Televisa series became iconic in the region and, to this day, is part of popular culture due to Chavo’s adventures in the neighborhood along with Chilindrina (María Antonieta de las Nieves), Doña Florinda (Florinda Meza), Quico (Carlos Villagrán), Don Ramón (Ramón Valdés), Professor Jirafales (Rubén Aguirre) and the funny Godínez (Horacio Gómez Bolaños).

QUESTIONS AND ANSWERS: How much do you know about “El Chavo del 8”?

The comedy show it debuted on television on February 26, 1973 and, with the passing of the chapters, it was gaining greater prominence in the television audience of that time. In the beginning, the characters, like the Chavo, Mr Ramon and the ChilindrinaThey had other clothes and phrases, which was changing until they were consolidated in front of the public.

Total, “El Chavo del 8” had 290 chapters to the air, until its last broadcast, which took place on January 7, 1980. But, since the year it debuted, the history of the neighborhood had already crossed the borders of Mexico, becoming very popular in the Spanish-speaking world.

MORE INFORMATION: What is Ñoño’s real name and who is his mother

Despite the conflicts and disagreements, which continued until after the end of the television space, the characters remained in the memory of several generations, who also saw the actors in circuses and various presentations. One of the funniest was Godínez.

The character of Godínez appeared in “El Chavo del 8” in 1974, one year after being on the air. His debut was in the episode “The smartest student”, Where he shared roles with Ñoño, la Popis and Malicha. Despite being eight years old, he had sarcastic expressions and very intelligent. However, you get in trouble for being distracted in classes with Professor Jirafales.

Who were Godínez’s parents? The exact names of the parents of Godínez’s character were never known, although they are mentioned repeatedly. It is assumed that they also lived in the neighborhood, probably on the third floor.

In the series, Godínez was played by actor Horacio Gómez Bolaños, brother of the creator of the program, Roberto Gómez Bolaños. He was more dedicated to behind-the-scenes work, as a producer and scriptwriter, but he decided to appear as Godínez and remained in the memory of Chavo’s followers. He died on November 21, 1999 at 69 years old.

WHAT WAS GODÍNEZ’S REAL NAME?

The real name of Godínez’s character was Godinez Oyoyo, although it was also known as Skates. His last appearance was in the chapter “English Classes”. His characterization was also seen in “El chavo anima”, with the voice of Jesús Guzmán.