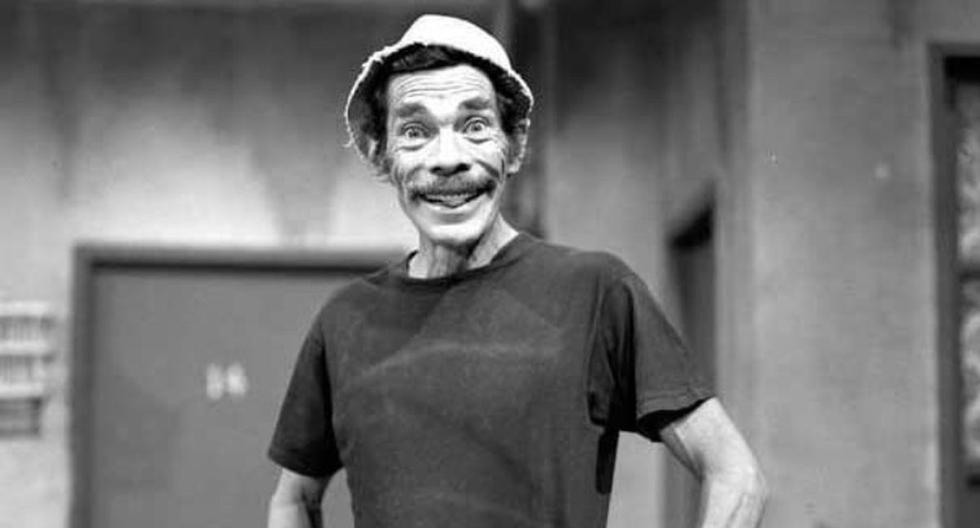 The beloved Mexican actor Ramon Valdes he stole the hearts of millions of people with his extensive career in film and television, among which stands out his participation in the famous series by Roberto Gómez Bolaños, “El chavo del 8”, where he played the incomparable Don Ramón for almost 10 years. Likewise, he had an important role in other programs also created by ‘Chespirito’ such as “Doctor Chapatín”, “Los Caquitos”, “El Chapulín Colorado”, among others.

MORE INFORMATION: Was Don Ramón the real responsible for the series “El Chavo del 8” to come to an end?

In 1949, Valdes debuted in the cinema with the film “Tender zucchini” and from that moment he did not stop until working in other 100 productions. The actor worked tirelessly until 1988, when he unfortunately lost the battle against a voracious stomach cancer, caused by his addiction to tobacco.

Ramón made his way in the artistic world from a very young age, together with his brothers German Valdes, better known as Tin Tan, and Manuel ‘El Loco’ Valdés, who are recognized in the middle for carving out an extensive and respected career, as well as for winning the affection of the whole world.

Who knew Ramon Valdes In his youth, they declare that in addition to being talented, he was a handsome man. His almost six-foot-eight height and charming attitude made him stand out from the rest; as has been shown in various photographs that have been shared on social networks. All date before their admission to the “Chavo del 8”, where he played the careless father of ‘Chilindrina’.

And then they ask me why my mouth is so big 😘😘😘 hahaha follow me the good guys walk https://t.co/IYJL7Qt8Cv and I will love you more than yesterday and the day before pic.twitter.com/wy1IG9LPd6

IT IS THE PRIDE OF YOUR FAMILY

It was precisely his grandson, Miguel Valdés, who was in charge of spreading new photographs of the renowned actor, where the gallantry that characterized him is appreciated. Likewise, his daughter Carmen Valdés revealed a new snapshot that shows the entire family of actors gathered around a table.

We are going one more genius! Manuel Loquito dear! A shame and a lot of pain, but we know that now you rest, we will make sure they never forget you! A black day for white humor, we have less and less left 😭😭😭 pic.twitter.com/jlHm7IO310

“UNPUBLISHED PHOTO! The family from which would arise people who would love to make people laugh, ordinary people but with a spark of humor and love for the art of drawing a smile on the face of the world, not even they themselves imagined what they would achieve thanks to you ! ”, wrote the female.

Look at what a beautiful photo, my parents at their wedding! I love sharing it with you !!! My mom’s name was Araceli Julián and let me tell you that she also had a great sense of humor !! What do you think of Don Ramón … nothing lost, right? And my mom took her “roro” ❤ pic.twitter.com/94V0DUcR1x

THE TIME VALDÉS MADE A COMMERCIAL IN PERU

In the broadcast of the program “With permission, said Monchito”, the artist’s children They remembered one of the accidental visits that Ramón made to Peru; where, without having planned it, he accepts a contract to be the image of a commercial about panettone and nougat of the popular brand ‘Saint Joseph’.

“Precisely on those Christmas dates we were in Miraflores, in Peru, and it turns out that there is a bread that they make every Christmas called Panetón and another nougat ”, commented the presenter.

As revealed by the driver, during the visit to the Peru, the company contacts the Mexican personality and offers 3 thousand US dollars for a day of recording. This amount surprises the popular ‘Monchito’, who agrees very happy and without notifying any of his companions.