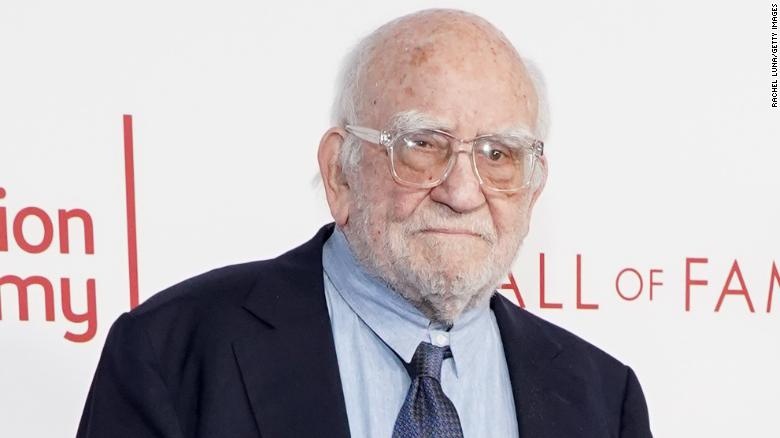 (CNN) — Ed Asner, who rose to fame as the rude but lovable journalist Lou Grant on “The Mary Tyler Moore Show,” died Sunday morning, his publicist confirmed to CNN. He was 91 years old.

“We regret to announce that our beloved patriarch passed away this morning in peace,” the post read.

“Words cannot express the sadness we feel. With a kiss on the head: good night dad. We love you.”

Asner, a veteran of the Chicago comedy theater scene – he was a part of Compass Players, a predecessor to Second City – was a prominent character actor before landing the role of Grant, the WJM-TV news director, in “Mary Tyler Moore,” which premiered in 1970. Originally portrayed as gruff and rugged, with his tie always untied and a bottle of whiskey on hand, his character softened over the show’s seven years to become a fan favorite.

Asner won five of his seven Emmys for playing Grant, three for best supporting actor in a comedy series on “Mary Tyler Moore” and two for leading actor in a drama for “Lou Grant.” He also won Emmy Awards for his work on the 1976 miniseries “Rich Man, Poor Man” and the 1977 miniseries “Roots.”

After “Lou Grant” was canceled, Asner continued to work prolifically in film and television, appearing in series such as “Modern Family”, “ER”, “Studio 60 on the Sunset Strip”, “The X-Files”, “The Good Wife “,” Grace and Frankie “,” Hot in Cleveland “and” Cobra Kai “. The burly actor played Santa Claus more than once, perhaps most notably in the movie “Elf” (2003).

Asner gained fans among a new generation of moviegoers when he voiced retired widower and balloon salesman Carl Fredricksen in Pixar’s poignant 2009 film “Up.”

He was married twice and is survived by four children.