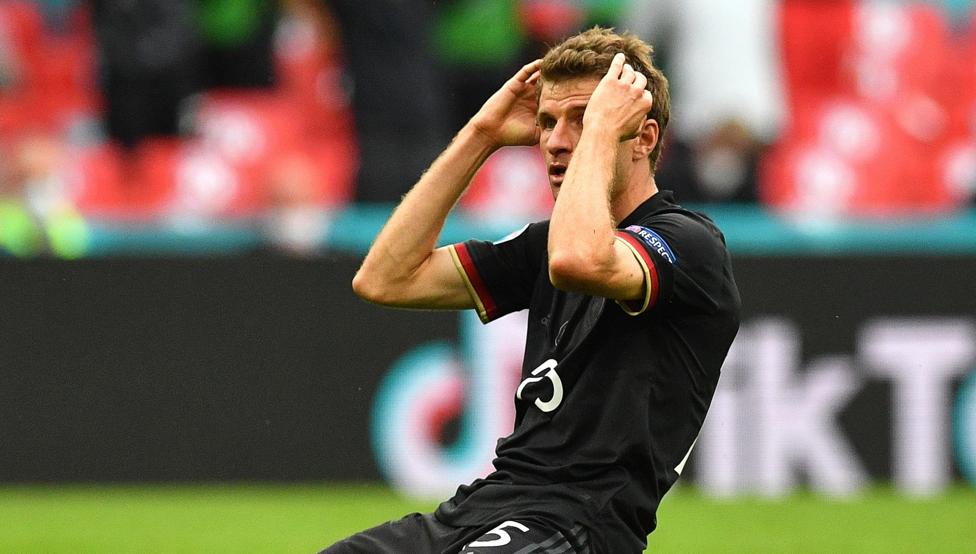 The television network NPO1, which offers the matches of the Eurocup on Netherlands, has apologized for including “by mistake” a passage from the Nazi era in the subtitles of the German anthem, in the round of 16 match of the Eurocup Come in England Y Germany.

“Deutschland, Deutschland über Alles, über Alles in der Welt” (Germany, Germany above all), could be read in teletext subtitles while “Das Lied der Deutschen” was playing at Wembley, but taking up a passage of the anthem that only It was used in the Nazi era between 1933 and 1945.

The original lyrics for “Das Lied der Deutschen” (The Song of the Germans) were written in 1841 by August Heinrich Hoffmann von Fallersleben on a 1797 piece by Joseph Haydn. It became the anthem of Germany in 1922, after World War I, and consists of three passages.

When Adolf Hitler came to power in 1933, the melody was retained but the text was changed and only the first of the three passages was preserved, followed by the addition of verses from the Nazi Party.

After the Second World War, in which they fought between other English and Germans, the anthem was abandoned, as the victorious powers associated it with the Nazis.

But over the years it was regaining popularity and in 1990 it recovered for official appointments, although keeping only the third passage and eliminating any link with Adolf Hitler’s Germany.

“During the live subtitles of the German national anthem in the England-Germany Eurocup match, a wrong verse was mistakenly shown. It is a mistake by one of our subtitlers. We apologize to the viewers who were upset by this,” it said. regretted the channel on Twitter after the match in which England won 2-0.