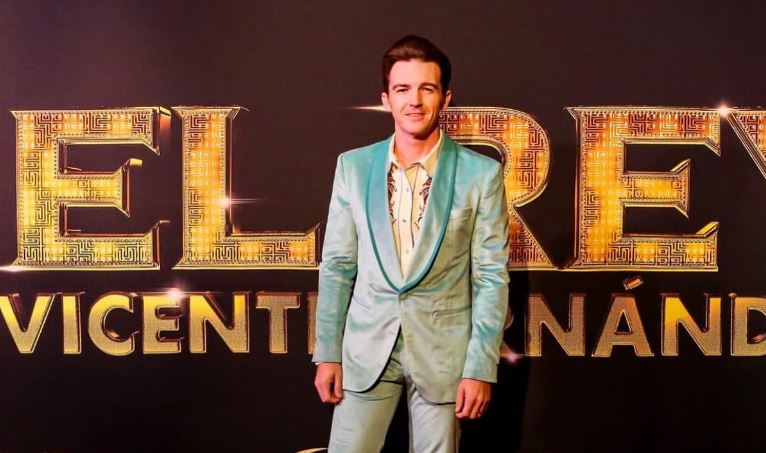 Drake Bell was on the red carpet of the Netflix series, The King: Vicente Fernández (Photo: Instagram/drakebell)

On the occasion of the premiere of the bioseries of Netflix, The King, Vicente Fernandeza red carpet was organized where the main cast of this project and some special guests were, among which the American interpreter stood out Drake Bell.

During his meeting with the media recovered by windowing the interpreter who participated in the iconic series of Nickelodeon, Drake & Josh, was cataloged as a great follower of the trajectory of the Charro from Huentitán and, endorsement that throughout his career the name of Vicente Fernández has caused great inspiration in him.

“I am very interested in the presentation, I am a fan of Vicente Fernández, the history of his music and everything he represents for Mexico,” Drake told the media.

The interpreter who recognized that his favorite song by Vicente Fernández is “The king”highlighted having a great closeness with Jaime Camil who is the actor who will give life to the Charro from Huentitan in his authorized bioseries for Netflix: “Very excited, I am a very good friend of Jaime Camil and I am very excited to see him as Vicente Fernández,” he stressed.

Later, the well-known 36-year-old singer-songwriter took the opportunity to thank the Mexican public for all the love they have shown him during the visits he has had in recent years: “It’s amazing how this country has welcomed me, my music has touched a lot of people and I’m happy about that.”, he added.

To end his intervention with the Mexican media, the actor was also questioned about whether he will stay to celebrate the national holidays in Mexico, however, he clarified that he will not be able to do so, since he already has an agenda scheduled for the coming months.

“I wish I could stay, but I have things that I have to go back to the States for tomorrow. But I’ll be back soon because my new album comes out in November and I have several songs in Spanish,” concluded the interpreter of Slow Fire.

Throughout the month of August and the beginning of September, the American interpreter had the opportunity to appear before his public throughout the Mexican Republic when he appeared in Puebla, León, Guanajuato, Mexico City and in Pachuca, Hidalgo.

The series that came to Netflix on September 14 focuses on the life of the Mexican music icon who passed away in December of last year. Likewise, the synopsis released by the well-known streaming platform mentions that Vicente Fernández’s life will be covered from his humble origins to stardom over seven decades.

It should be noted that in December 2019 the project was made official by Caracol Television and filming began in September 2021.

Similarly, the person in charge of bringing Vicente Fernández Gómez to life was Jaime Camil, a well-known actor who starred in The most beautiful ugly and for her I am Eva, In addition, there is a large cast of characters such as Florencia Ríos, Seidy Berchat, Casandra Iturralde, Ana Paula Capetillo, Valentina Buzurro, Rubén Zamora, Enoc Leaño, Odiseo Bichir, among others.

Drake Bell said he was a fan of Vicente Fernández during his participation on the red carpet of “El Rey”: “Very excited”

This will be 14 days, the DayZ series by IlloJuan
Tania Rincón almost became a nun: "I felt the call of God"
Xiaomi launches the Mi TV 6 Extreme Edition, its best Smart TV to play