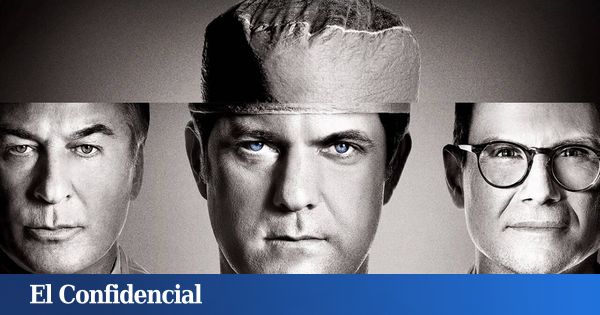 We are so used to seeing series about perfect and honest doctors that It’s hard to digest everything in the haunting and surprising new Starzplay series, ‘Doctor Death’. The fiction, about the bloodthirsty interventions of the estranged American neurosurgeon Christopher Duntsch, disturbs and impacts as much or more than the famous story of the doctor. Hannibal Lecter. The big difference between the two fictions is that the first is based on a true story, it is not, therefore, the product of a brilliant and twisted fiction script.

Until he was arrested in 2017 and sentenced to life imprisonment, more than thirty patients passed through the hands of this dangerous doctor, whose life he took on himself to destroy forever. Two of them died and the rest continue to carry today, terrible, painful, and irreversible consequences.

Building on the podcast of the same name that uncovered its macabre story, Starzplay’s fiction recreates some of its most unforgivable misdeeds. At the time, denounces the ineffectiveness of the North American health system who did not want, or could not, stop him, as well as the well-known medical corporatism. Many of his colleagues decided to shut up and look the other way, rather than denounce him. They lead the cast of ‘Dr. Death ‘Josua Jackson, Alec Baldwin y Christian Slater.

A butcher in the operating room

After graduating in medicine and completing his residency in neurosurgery, Christopher Duntsch started his carnage in 2010. In less than two years, scalpel in hand, alienated and aided by his great ally, cocaine, he mutilated 33 of his 38 patients. They all went into the operating room paying and trusting him, and they came out devastated.

He mutilated more than 30 patients forever after his bloody interventions

During his interventions, Dr. Duntsch would likewise sew a sponge to the bloody throat of a patient, whom he had previously silenced forever by skewing his vocal cords, who amputated limbs, driven screws into muscles, pierced bones, or broke nerves. He even left a good friend of his quadriplegic, after hammering his spine from his skull. Two of his patients died of infections related to failed operations and two others lost mobility.

In 2017, he faced thirty complaints from his patients. He sat on the bench for one of them, and he was sentenced to life imprisonment. Since then, he has been behind bars. Christopher Duntsch was one of the first doctors incarcerated for negligence in the United States. The case had more than enough ingredients to be successfully brought to the small screen: it was a morbid story with doctors and crimes involved and, on top of that, it was real.

‘Dr. Death’, directed by Patric McManus, responsible for ‘Homecoming’ among other productions, exquisitely narrates throughout its eight episodes all that macabre soap operaalthough he often does it in a somewhat messy way. The reason for such disorder is none other than the constant abuse of comings and goings in time.

The series does not change actor in all those jumps. Joshua Jackson plays both the deranged mature Dr. Duntsch and the ambitious young medical college student., that already at that time pointed ways in the medical school. And as brilliant as Jackson is in both facets, he doesn’t stop screeching, because let’s not forget that the actor is 50 years old. Of course, for papers those that are marked Alec Baldwin and Christian Slater, giving life to those two doctors who follow the track, and do not stop until they unmask him.