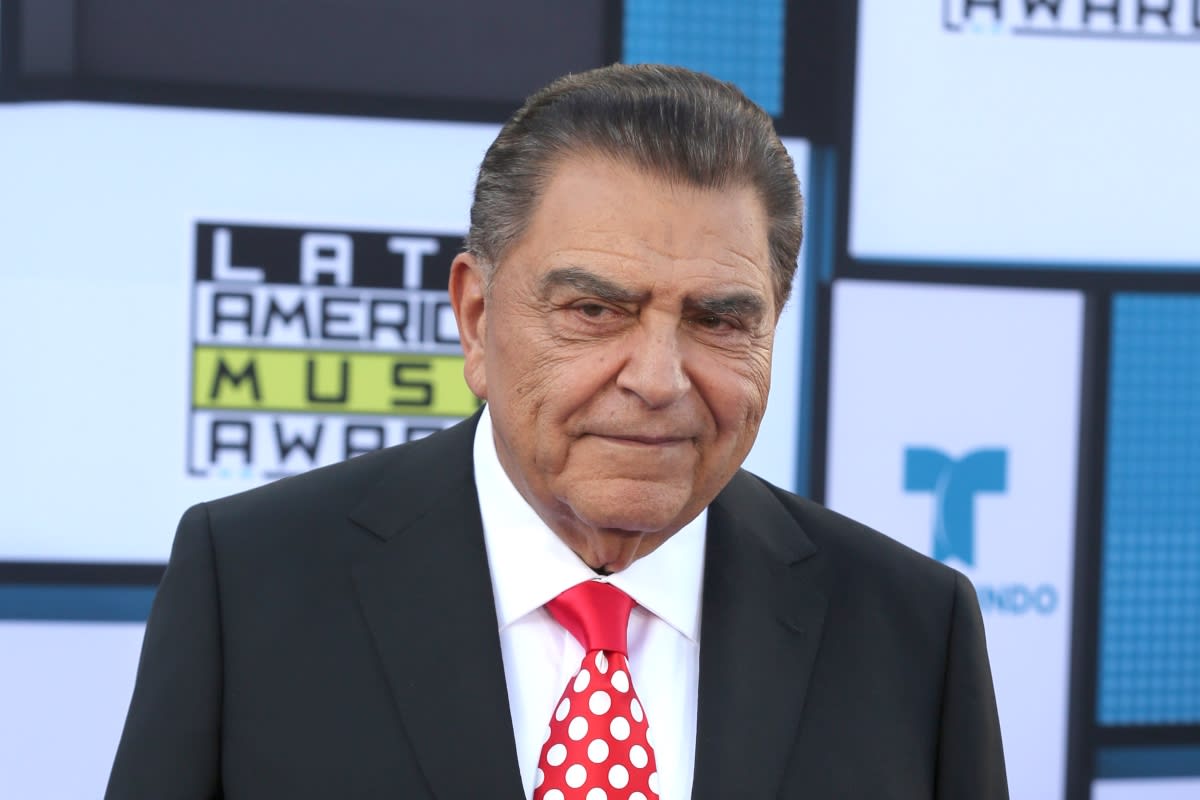 Go that the first days of this month have been marked by bad news, which is confirmed after Don Francisco shared through his social networks that he is in mourning after the death of a “tireless collaborator” of giant Saturday.

It was through his official account Instagram that the famous Chilean conductor Mario Kreutzberger, who will turn 80 years old at the end of 2021, reported the death of a person who “gave away a giant world of happy moments.”

Don Francisco, saddened by the departure of “an exceptional human being”

“Today we bid farewell to an exceptional human being, an extraordinary comedian and actor, who gave us a giant world of happy moments. A tireless collaborator of our giant Saturday for more than 16 years ”, expressed Don Francisco after the death of Alfonso Zayas.

Before concluding with his message, the Chilean driver expressed his condolences to the family of the Mexican actor, who died at the age of 80 due to respiratory delivery, including his wife Libia: “Rest in peace, dear Alfonso Zayas.”

An event that impacted Don Francisco

A couple of weeks ago, news went around the world: a condo building in Surfside in Miami, Florida, collapsed, leaving 90 people dead so far. Mario Kreutzberger was moved by this unfortunate event.

“I would like to dedicate a special message of solidarity this # SocialMediaDay2021 to the families and victims of the building collapse in Surfside, Miami-Dade. I join the entire community in this pain and send my condolences to them, hoping that they can find life, peace and comfort in the embrace of their loved ones ”.

Shaken by the death of another giant Saturday companion

On November 13 of last year, Mario Kreutzberger surprised his followers with the news of the death of the also conductor Julio Videla and thus expressed himself: “Great sadness for the death today of Julio Videla, with whom we shared unforgettable moments in the Student Championship of the 70, Giants Saturdays and @teleton_chile ”.

In an interview via zoom, the Chilean driver shared that the coronavirus pandemic led him to reinvent himself, in addition to motivating him to write the book With desire to live, which he has had the opportunity to present on different television programs (Archived as: Don Francisco in mourning after the death of “tireless collaborator” of Sabado Gigante).

Death ’round’ a giant Saturday

Months before the departure of Julio Videla, who would be joined by the Mexican actor Alfonso Zayas as collaborators of Sábado Gigante, the death of Pepe Tapia was announced, so the presenter used his social networks to share a farewell message.

“Great person, humorist, actor and comedian. Today we say goodbye with regret to Pepe Tapia, who made an outstanding contribution to the humor of our Giant Saturdays in Chile. Unforgettable characters like the eternal boyfriend Ruperto remain forever in our memory ”.

“May he rest in peace”: Don Francisco

“Sad news today, the departure of Carlos Pinzón, a great human being and Colombian driver. We shared many times, especially when in 1980 he enthusiastically brought the idea of ​​Teletón Colombia to his country. My condolences to his family and loved ones ”, wrote Don Francisco on his social networks.

Mario Kreutzberger, Don Francisco’s real name, became popular in Chile and in much of Latin America thanks to his program Sabado Gigante (1962-2015), which since 1986 was broadcast in forty-three countries. In addition, he was the architect of philanthropic causes and is known for developing the Telethon television format in Chile. From next month, he will be part of CNN en Español.

In memory of Camilo Sesto

On September 8, 2019, a victim of kidney failure, the Spanish singer and songwriter Camilo Sesto lost his life, news that caused great impact throughout the world. Mario Kreuztberger, who had him as a guest on one of his programs, wanted to say goodbye to him:

“The unfortunate news of the departure of Camilo Sesto at the age of 72 in Madrid last night. Our condolences to his family and his millions of followers around the world, “said the Chilean driver, who is notably affected when a loved one dies (Filed as: Don Francisco mourning after the death of” tireless collaborator “of Sabado Gigante) .

Affected by the departure of ‘the eternal adventurer’

Undoubtedly, one of the deaths that deeply penetrated the Mexican public, even in the United States and several Latin American countries, was that of the actress Edith González, remembered for her participation in different soap operas and in the staging Aventurera.

The Chilean conductor Don Francisco, who had the opportunity to interview the artist on several occasions, expressed himself on that occasion: “We deeply feel the departure of the great actress Edith González. His fight against cancer is over and he was an example for all of us. “

“You will live forever”

“The great Lucho Gatica has left. Our condolences to your family. We stay with you at a distance, master … You will live forever in your unforgettable successes. May ‘El rey del bolero’ rest in peace, “he shared in November 2018.

Earlier this year, the Chilean driver revealed to People magazine in Spanish that he has suffered from type 2 diabetes for more than twenty years, which very few people knew due to the discretion with which Don Francisco has handled himself.

In addition to the deaths of Alfonso Zayas, “tireless collaborator” of Sábado Gigante, and the actress Edith González, Don Francisco was very moved after the departure of another prominent Mexican: the singer-songwriter Alberto Aguilera, better known as Juan Gabriel, who died on August 28, 2016.

Two years later, this is how he expressed himself on his official Instagram account: “On a day like today, two years ago, the world mourned the departure of Juan Gabriel. Thanks to his music and his extraordinary talent, he is still alive among us. My memory and tribute today and always to the Divo de Juárez ”.

“You teach us that there are no limits”: Don Francisco

Finally, we share the last goodbye that the Chilean conductor dedicated to the renowned British theoretical physicist, astrophysicist, cosmologist and popular science scientist Stephen Hawking, who died on March 14, 2018 at the age of 76.

“Remember to look at the stars instead of looking at your feet… And no matter how difficult life may seem to you, think that there is always something you can do well. Rest in peace, Stephen Hawking, you teach us that there are no limits @teleton_chile, he concluded.