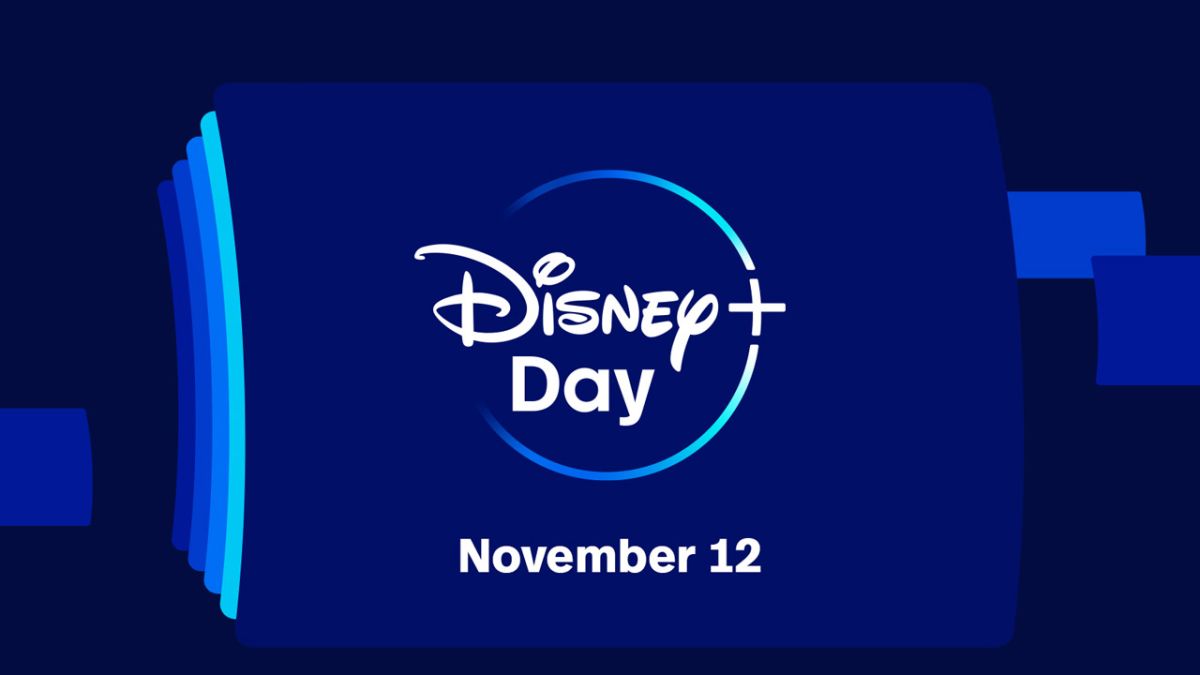 The celebration of the Disney Plus streaming service is about to arrive. The Disney Plus Day worldwide event will last all day, on Friday, November 12. It promises exclusive announcements, new trailers, star and creator appearances, and much more.

Marvel Studios’ Shang-Chi is one of the many titles that will hit the streamer on Disney Plus Day. They will also likely unveil new data and videos for upcoming Marvel movies, TV projects, and Star Wars productions. There will also be other surprises, which we will talk about below.

If you want to know more about Disney Plus Day, we have collected everything you need to know: from announcement times to premieres and much more.

The date of Disney Plus Day

Disney Plus Day: what time does it start?

The Walt Disney Company has revealed that, throughout the day, they will show the first images, exclusive clips, new trailers and appearances by creators and stars of the Disney Plus service, including Disney, Marvel Studios, Star Wars, Pixar, National Geographic and Star .

If you are interested in Pixar productions, their events start from 8AM PDT / 11AM EDT / 4PM GMT + 1.

Disney Plus will finally arrive in South Korea and Taiwan this day (Hong Kong will arrive on November 16).

How to watch Disney Plus Day

Disney Plus Day: How to Watch the Event Live

Unlike Netflix’s Tudum and Warner Bros. DC Fandome events, Disney Plus Day will not be viewable on YouTube or Twitch. Instead, Disney Plus subscribers will be able to enjoy the celebration exclusively on Disney Plus.

Fans will also be able to keep up with each announcement through official social media channels, such as the Disney Plus Twitter accounts. You can also follow the official Disney Plus channel on TikTok to watch exclusive short content from Disney Plus Day.

If you’re interested in signing up for Disney Plus before Disney Plus Day, you’re in luck because from now until November 14, Disney is offering a one-month subscription for just $ 1.99. It usually costs $ 7.99 per month, so it’s a small bargain for 30 days.

Disney Plus Day will also bring new movies and TV shows to watch on the streaming service. And you will have a lot to choose from.

After premiering exclusively in theaters in September, Shang-Chi and the Legend of the Ten Rings will be available to all Disney Plus subscribers at no additional cost on this day.

In addition, it will be one of 13 Marvel films that can be seen for the first time in enhanced IMAX mode. This 1: 90: 1 aspect ratio expands the viewing area by 26% in compatible movies like Avengers: Endgame, Iron Man, and Black Panther.

An interesting original drama series will be Dopesick, focusing on America’s opioid epidemic in Star.

Two other notable titles for two different audiences: the Olaf Presents series – a Frozen spinoff – and a Boba Fett documentary focusing on the bounty hunter ahead of his series premiere in December.

Documentaries and specials of ‘Making Of’

What to Expect from Disney Plus Day

Disney Plus Day: what else can we expect?

We are not certain of all the surprises but you do suspect the following:

First of all, we hope to see another look at Marvel Studios’ Hawkeye. The studio has stepped up marketing ahead of the November 24 premiere. We hope to see an exclusive clip from one of its first two episodes to whet our appetite.

We might see a clip from The Book of Boba Fett, a spinoff series from The Mandalorian. Recently, the first trailer for the series was released. Or at least we hope so.

Disney may also release a new preview of the upcoming Peter Jackson documentary – The Beatles: Get Back. We’ve only seen a teaser for the three-part docuseries. A new advance would not hurt.

Maybe it’s too much to ask for the new trailer for Spider-Man: No Way Home. Technically it is a Sony Pictures production but it is in the MCU. We don’t know but we remain hopeful that the second official teaser will arrive before its premiere on December 17. Make our day, Marvel.

We could also see Pixar’s two big premieres for 2022. Turning Red and Lightyear, which will premiere on March 11 and June 17, 2022, respectively, so they could make an appearance at Disney Plus Day. Fingers crossed for a new Turning Red trailer and some more Lightyear footage, featuring the new Buzz, Chris Evans.

Regarding Marvel, apart from Spider-Man, we would like to see teasers of the movies and TV series that will be released early next year.

For example: we have not seen anything from Doctor Strange 2, whose release date has been pushed back to May 8, 2022. Disney Plus Day is an excellent opportunity to premiere a teaser.

It may also be possible to get a first look at Ms. Marvel, the Disney Plus series that was also delayed in September. It should have arrived in late 2021, but its launch has been delayed for unknown reasons. So maybe this day we could have the first Ms. Marvel trailer and an official release date. There will be a five-month gap between Spider-Man: No Way Home and Doctor Strange 2, so Ms. Marvel could be a good fit between the two. We are sure that we will see something on this topic.

Finally, they may give us a treat with previews of other productions. Among them could be Obi-Wan Kenobi’s Disney Plus series, whose filming has recently ended. And we could see something from the Bob’s Burgers movie, the Peter Pan live action movie, or the Marvel series She-Hulk and Moon Knight.

We do not believe that all previous Disney Plus Day comes out, but a lot or something has to fall. Only showing half of what we have listed will suffice.

Disney Plus Day: how to watch it, date and time, premieres, surprises and Shang-Chi