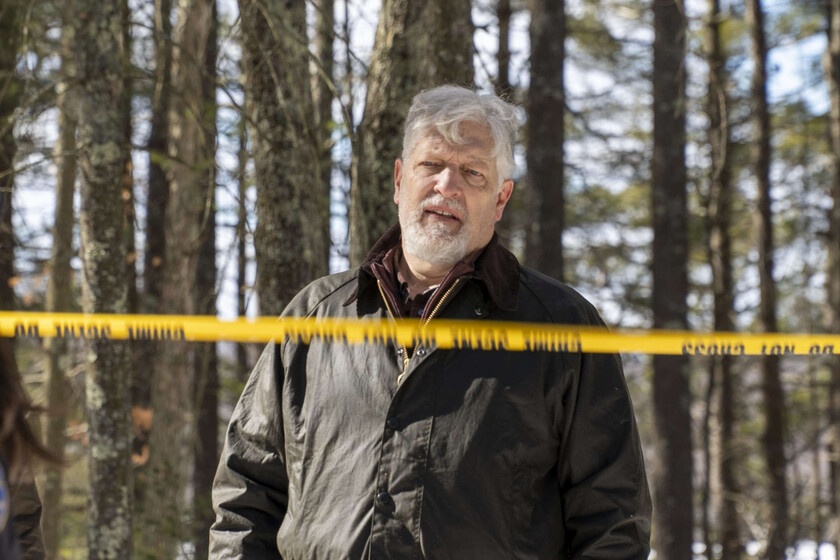 The quiet life of Jim Lindsay is getting very stressful at times as shown in the third episode of ‘Dexter: New Blood‘in which the investigation into Matt’s death continues to bother our protagonist.

By the way, from here spoilers for the third episode of ‘Dexter: New Blood’.

Where to begin. The plan to mislead the staff (police, father, curious) around Matt’s disappearance meets an unforeseen event: the forest has thermal cameras and these show that there were two people there. Suddenly the escape hypothesis for having killed a protected animal becomes an investigation for possible murderEven more so when the CSI expert locates human blood and reconstructs almost to the millimeter what must have happened.

With that already seen to the days when it was Dexter Morgan who read these crime scenes in the Miami police, the murderer has a double mission: divert the trail as much as possible and, as soon as possible, dispose of the body. Sure, now he has a family life, with a girlfriend and son, that he cannot neglect.

Speaking of son, in this episode Harrison is seen integrating into the institute and we already see some of the impulses of which we already saw warning in the first episode. Almost a little sad (for cliché, not for anything else) That they use a subplot of a kid who gets bullied in high school to show us this side. Well yours and poor Zach’s, who has dark fantasies.

On the other hand, we have a new view of the villain of the season where we see how to let go of his abducted homeless only to point a rifle at him and kill her. The fact that Dexter hears the shot shows that he is in the vicinity of Iron Lake. Your identity is something that still eludes us, but if we assume that we know the subject would be (by its appearance) between Kurt Caldwell or Edward Olsen. Personally I lean towards the second.

David McMillan, the scriptwriter of the episode, designs with Sandfor Bookstaver (the director) a rather interesting funeral triptych that accompanies us in the final minutes of the episode: the “funeral” for the white deer offered by the Indians; embalming (which has led me directly ‘Two meters underground ‘) of the young woman; and the cremation of Matt’s remains.


We say goodbye with disturbing news, with Kurt drunk assuring that he had a video call with his son. Something that, as we all know, is impossible. Although we do not rule out that it is simply a hallucination of a drunkard, taking into account that in this episode the subject of new technologies has been explored a bit, my theory is that it is a deepfake. But until we know more, I’m afraid it remains a simple hypothesis.

In short, the new season of ‘Dexter‘is finally taking a little more energy and interest than in previous episodes. From the superficial intrigue we are passing, little by little, to something else. We will see how it all results.

‘Dexter: New Blood’ (1×03): requiem for a white deer in an episode in which the series gains strength