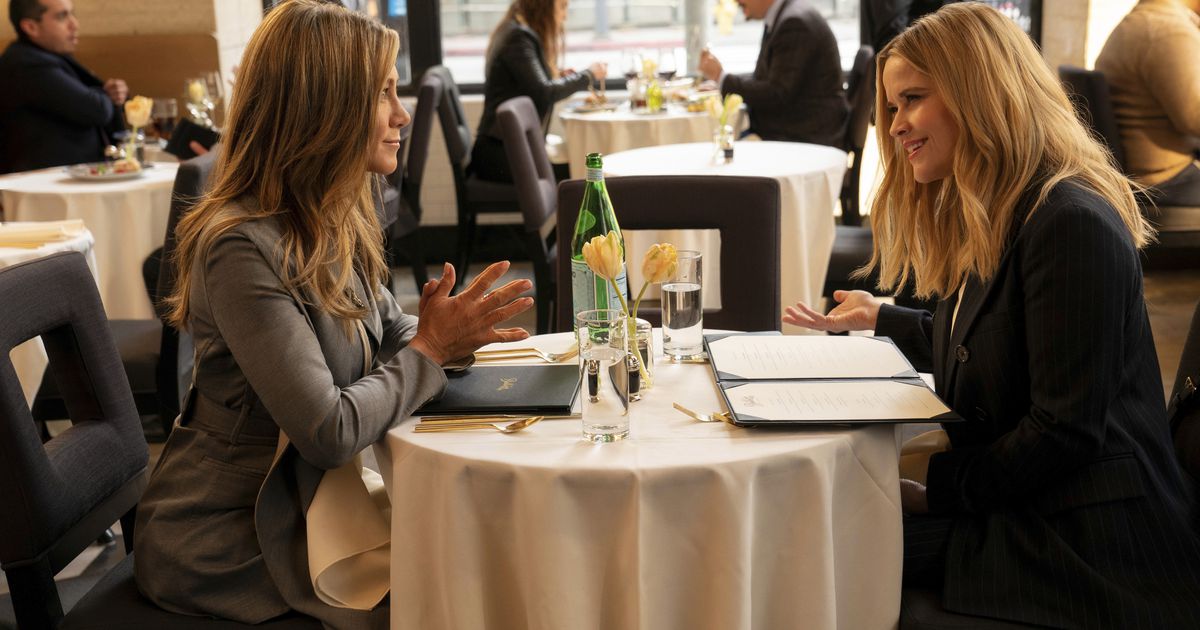 New York – The second season of “The Morning Show”, starring Jennifer Aniston and Reese Witherspoon, had only been filming for 13 days when the covid-19 pandemic closed production in March 2020.

The writers of the series about the drama behind the scenes of a morning television news program decided that they should reflect what was happening in the world. Rather than plunging directly into the chaos of the early days (closures and quarantines), the new season, which premieres on Apple TV + on Friday, takes place in the first months of 2020 that led to the declaration of a pandemic. Before that, the coronavirus was known, but it seemed a very distant problem.

“Everything you’re doing while not knowing what’s about to hit you is exactly what we were trying to capture,” Witherspoon said.

These script changes gave the writers a sense of deja vu. The planned plot of the first season had also changed course to incorporate the Time’s Up and #MeToo movements that exposed the misconduct of many men in the media and show business, most notably the discredited movie mogul Harvey Weinstein.

In the first season, the characters of Aniston and Witherspoon often faced each other. In the second there is less time to fight; everyone has their own problems. Each character is faced with questions of identity, both in how he is seen by the world at large and in how he sees himself.

Desire Terry plays newscaster Daniel, who is openly told that he has come as far as he can and should be satisfied. As a black man, he feels a responsibility to represent people of color and share their stories, but he has not been given the opportunity to do so.

“I hope people see those nuances that can happen,” Terry said. “The system wears out and it really starts to impact you in this deep and personal way and you bear the cost. We see him defy the system, but his insecurity also creeps in. “

Mark Duplass’s character Chip, who may have been a walking advertisement for Pepto-Bismol in season one as an executive producer on “The Morning Show,” is now unsure of where he fits in when he’s not the boss.

“He’s being pulled by the power that he used to have and no longer has,” Duplass said. “I think white men are having a lot of difficulty handling that loss, they get very fussy when they lose it. They don’t know how to deal with it. “

The complexities of the cancellation culture are also examined. “The Morning Show” looks at what can happen to someone who has been publicly denounced for their behavior, the paranoia of being guilty by association with a canceled person and how difficult it can be to erase someone from your life.

“My question was always, ‘What’s wrong with these (canceled) people?’” Aniston said. “The beauty of the script is simply its utter honesty. Say what people say behind closed doors ”.

Aniston’s portrayal of Alex Levy, a beloved and trusted television host who experiences extreme emotions off-screen, earned her an Emmy and Golden Globe nomination and a SAG Award from the Actors Guild.

“She’s a human maze,” Aniston said of her character, adding that she has met people like Alex “along the way.”

“I’ve worked with them, and you just don’t know what you’re going to get. They always scare me, ”Aniston said.

Some of the best moments from season two are the scenes of Aniston with Duplass. His characters have a long history of shared work and in seconds they can go from being friends without filters to spitting the most harmful poison.

“I think part of the reason people respond to Chip and Alex and their relationship the way they do is because of the way Jen and I really love each other,” Duplass said. “We infuse that relationship with a joy and a love that also overlap in the darkness and toxicity that is on paper. So, as difficult as some of those scenes are, I look forward to them. “

There is a scene with both of them in a car that is hilarious and horrible to watch.

Billy Crudup, who plays the enigmatic television executive Cory Ellison, says his Emmy-winning role on “The Morning Show” has provided him with a delicious opportunity that he thought was long gone.

“When you get to 50, there’s this idea that you could have one or two more of these (roles) in your career,” Crudup said. “Doing something as extravagant as this character is from another world.”

“We had the best time,” Witherspoon said of Margulies. “I’ve always admired her and knew her a bit socially, but just spending that time with her has been very meaningful to me. And I can say that I loved working with Hassan because he made me laugh a lot. “