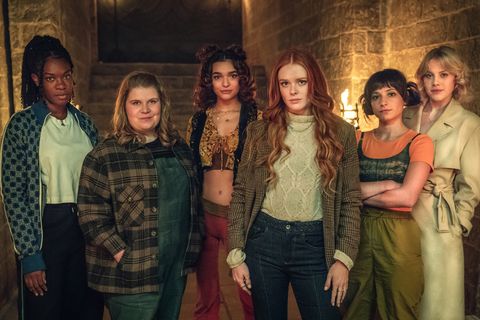 season 3 of Destiny: The Winx Saga has not yet been officially confirmed, which has caused debates about the possibility of a possible renewal. Inspired by the popular Winx Club cartoons and their comic book adaptations, the world of Destiny: The Winx Saga explore the land of fairies. The main protagonist of it is Bloom, a fire fairy raised on Earth without knowing her true power. Bloom is the heir to an ancient power known as the Dragon’s Flame, so her arrival at Alfea’s mystical school causes quite a stir.

The first season of Destiny: The Winx Saga he watched the fairies of Alfea defend their school of magic against an army of monstrous Burnt. In the second season, the situation worsens, as a band of sinister Blood Witches hatches a plan to steal the magic of the fairies and use it to resurrect members of their own species who were killed years ago, an act that will cause the destruction of all of Alfea. Meanwhile, Bloom struggles to figure out how to control the Dragon Flame, especially when he discovers dark secrets that tempt her to lash out in anger.

Season 2 of Destiny: The Winx Saga it ends on a cliffhanger, with Bloom entering the Dark Realm in hopes of finding her mother, a fairy who has been missing for a thousand years. Meanwhile, there are signs that a dangerous being named Darkar has found his way to Alfea. It’s clear that the stakes are higher than ever in season 3 of Destiny: The Winx Saga, as fairies are separated by kingdoms and there is an even greater evil.

‘Destiny The Saga Winx’: will there be season 3?

Netflix has not yet confirmed if Destiny: The Winx Saga will take place, and no cast or crew members have commented on the possibility. Netflix has a reputation for canceling shows after two seasons, so nobody may want to push their luck. Speaking to Wired, data analyst Tom Harrington of Enders Analysis explained that there are often financial factors at play after the second season. “They have to give more money per series and, if they decide to reissue it, it is more expensive for them“, I observe. “For this reason, many more series are canceled after two seasons because it costs them more“Even so, in this case, the first season was a success for the streaming service, and the second was confirmed a month after its premiere.

What Netflix needs to renew ‘Destiny: The Winx Saga’

Netflix cancellations are based on data, with three different types of viewers being carefully watched to see if there is enough interest to renew:

It seems that Netflix has become much more reluctant to renew series in recent months; even The Sandman it hasn’t been renewed yet, which is quite surprising given the popularity of the series. Still, Fate: The Winx Saga is likely to be much cheaper to make than The Sandman, which means that the streaming giant is very likely to make a decision sooner rather than later. Let’s hope it’s positive and that season 3 of Destiny: The Saga Winx is a reality.

Ford recalls F-series SUVs and trucks due to damage
Lali's mischievous advice to a folklorist in La Voz Argentina: "La Sole's team is to go to Puerto Ri...
'The Witcher' improves with a season 2 superior to its predecessor: the Netflix series has learned f...