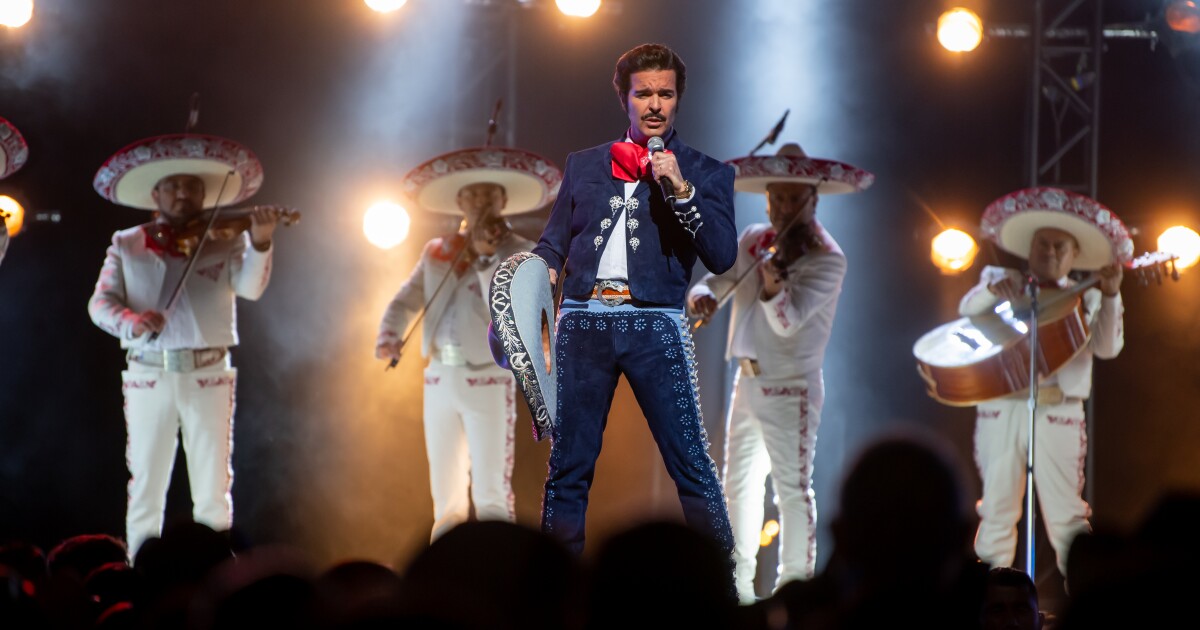 Despite all the legal issues surrounding this production in Mexico, Univision announced that on May 17 at 10 pm it will premiere in the United States the series “The Last King: The Son of the People,” whose script is based on the biography unauthorized by Vicente Fernández who published Argentine writer Olga Wornat.

This series, which has already been aired on Televisa in Mexican territory and whose protagonist is the actor and singer Pablo Montero in the role of ‘Charro de Huentitán’, is produced by Juan Osorio, known for countless productions such as “Single with daughters”, “My husband has a family”, “A lucky Family”, among others.

The announcement of this premiere on the TelevisaUnivision screen comes after several complaints made by the widow of Vicente Fernández, María del Refugio Abarca Villaseñor, better known to the public as Doña Cuquita, who through the official account of the late Chente has been posting statements and copies of the different legal documents that have been filed through their lawyers so that the series that is broadcast in Mexico cease your transmissions for considering that the claim is derived from “the unauthorized use and for profit of registered trademarks, reservations of artistic name, exclusive use of image, affecting the prestige and reputation of the artist may he rest in peace, Vicente Fernández.”

Through a statement published last March 17 on the Instagram account of the deceased Chente, they announced that the legal action was continuing and that “three different federal amparo judges granted a suspension to Mrs. Refugio Abarca Villaseñor, widow of Vicente Fernández (RIP), so that the measures imposed continue to have effect. the federal authority, ordering not to transmit the illegal bioseries and that it cannot be lifted by said institute. It also has the effect of ensuring that the copyright and trademark rights of Vicente Fernández are not further invaded,”

Besides, that document, issued by DTC Del Toro Carazo lawyers in Chente’s accountrun by the Fernández family, it is noted that “Televisa (several companies of said group) is defying completed measures of federal authorities that were notified, broadcasting the illegal bioseries.”

The publication of this document generated more than 17,000 comments from Chente’s followers, among which the most recent ones stood out, such as the one from the user reik30.ig in which he stated that “if that writer is telling the truth, the Fernández family are afraid that take out many things that people do not know ”, while leemibiografía8352_ regretted that this is happening after the death of the Mexican idol. “Poor Vicente, they don’t let him rest in the meantime, tell me and tell me, it seems disrespectful to his memory that they continue to post bulletins on his official Facebook page, which serves to remember what he was in life, not family gossip against Televisa”, he published.

For his part, the user ory.morales said that perhaps many think that “all this legal action is unnecessary. The truth is that I do not believe that the legal fight is for money, nor for fear and much less for selfishness, but simply because, as his wife, she is defending the last word of whoever was his life partner and father of her children. That is worth any fight and only those who have lost a loved one and knew what they wanted in life know it. The Fernández family has never been one of scandals. And society owes its support for those who gave Mexico so much with their talent, ”he published among the thousands of comments.

In the midst of this panorama of mixed feelings among Chente’s fans, Univision announced the premiere date of the biographical series about the late artist seen through the eyes of this Argentine writer, but produced by Mexican talent in which an attempt will be made to show a version The unofficial history of Chente’s humble origins “until his rise to fame and everything that transpired to achieve it,” the statement said.

“The last king: the son of the people” intends in this way to show his version “of the life and legacy of Vicente Fernández, the king of ranchera music. Audiences will relive the most important moments in Fernandez’s life, including high-impact events, his great love story, personal tragedies, and the sacrifices he made to become a beloved cultural idol.”

“It is a privilege and honor to bring the life and legacy of Vicente Fernández to the screen with a fascinating story and in a way that only TelevisaUnivision can narrate,” said Juan Osorio, executive producer in the statement.

On the other hand, in an interview with Image Television Juan Osorio confirmed that the first season will be on the air until August of this year in Mexico and then they would be working on the episodes of the second season.

The cast of this series is completed by figures such as Angélica Aragón, Iván Arana, Iliana Fox, Jesús Moré, Emilio Osorio, Salvador Sánchez and Vince Miranda.

According to comments made by Chente’s widow in different publications, the late artist had told her in life that Televisa had already approached him to give them the rights for free to produce a series about his life and work and thus bring it to the screen, but the singer of “I’m going to get out of the way” did not accept. Then Televisa insisted on offering a low monetary figure that he did not accept either.

On the other hand, Variety and other publications have pointed out that Netflix is ​​producing a series with Caracol Televisión (from Colombia) that has the authorization of Chente’s widow, which is played by Mexican actor Jaime Camil, a film and television figure who, according to the Fernández family, is the ideal celebrity to play him because “he is an artist who has always stayed away from scandals.”

Despite the difficulties, ‘The Last King’, based on Chente’s unauthorized biography, arrives in the US.