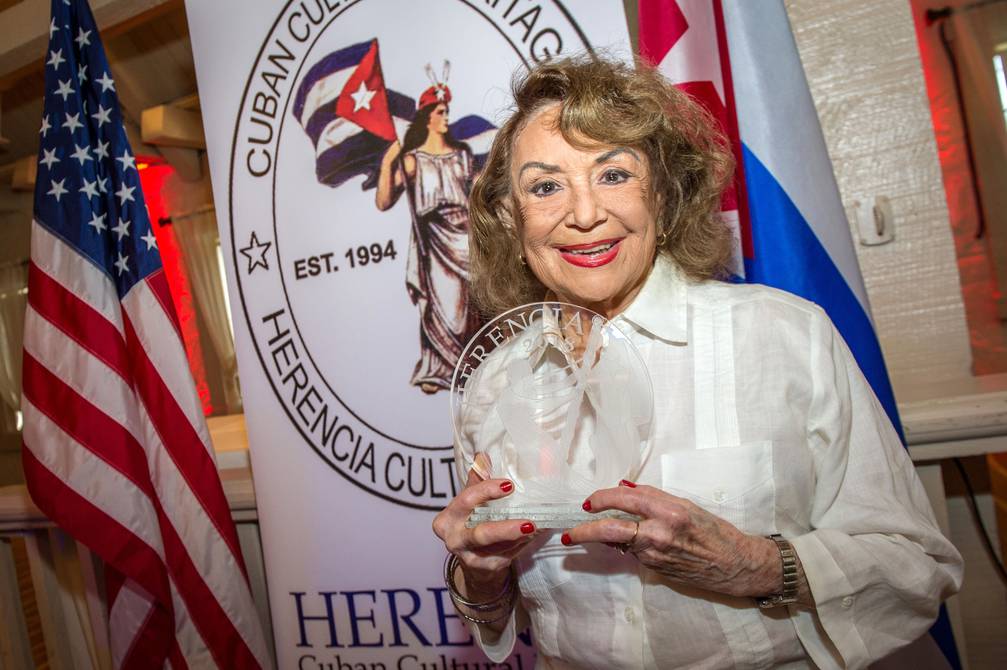 Many of his soap operas were covered in different Spanish-speaking countries.

Cuban soap opera writer Delia Fiallo, author of international hits such as “Cristal” and “Kassandra”, died Tuesday at her home in Miami at the age of 96, her daughter-in-law confirmed.

Fiallo, a pioneer in the telenovela genre who began writing in the middle of the last century, said in an interview with AFP in 2018 that she wanted to “be remembered as a person who loved very much and who was very loved.”

His daughter-in-law, Odalis Báez, confirmed the news of the death to AFP.

Due to the contribution she made to the genre of pink melodrama in the 70s and 80s, she was nicknamed the “mother of the Latin American soap opera.”

The Venezuelan actress Lupita Ferrer, who was one of the writer’s favorites, confirmed the death of the “teacher” and said that it was something the family expected because at 96 years of age “she was very ill.”

Ferrer, who, as he said, owes his “fame” to Fiallo for the role he played in “Esmeralda”, one of his most successful soap operas, has a sister who is married to the only son of the Cuban writer, the psychiatrist Bernardo Pascual, so it is “of the family.”

“He was very happy, he had a wonderful life”, both in his professional and personal life.

One of the five children of the author of soap operas such as “El privilegio de amar” and “Esmeralda” had previously informed the Mexican network Televisa that Fiallo “died in peace and surrounded by his loved ones” without giving further details.

The Venezuelan actress, who lives in Miami, declared her sadness over the death of Fiallo, who would have turned 97 on July 4 and was born in Havana, but left Cuba in 1966.

The Venezuelan actor and singer Carlos Mata, the male protagonist of “Cristal”, another of Delia Fiallo’s most successful novels, also expressed his regret.

“I am still stumped. You think that people last forever, especially beautiful people like her, “said Mata, who last spoke to Fiallo a year ago and found her” lucid and loving. “

“She was the teacher, the best,” added Ferrer.

He began writing radio soap operas in 1950 until in 1957 he wrote a script for his first episode telenovela.

After going into exile with his family in Miami in 1966, he began writing for Venezuelan channels. A year later “Lucecita” was born and then world hits such as “Esmeralda” -on which later “Topacio” was based -, “Leonela”, “Cristal” and “Kassandra”.

In an interview with Efe in 2018, Fiallo said that the telenovela genre, of which she was a precursor in Cuba and Venezuela, was “destroyed” by the fact that the scriptwriters now emphasize action, violence and drug trafficking , “Forgetting about feelings.”

In that year she was dedicated to the task of transforming the scripts of her popular soap operas, such as “Leonela” or “Cristal” into books. The first book to be published was “Kasandra”.

Fiallo, who received a tribute in Miami from the Cuban Cultural Heritage organization in 2018, said that producers “do not realize or do not want to see that they are producing for a minority that likes violence, morbidity.”

The author recalled the times when she had to write 35 daily pages of the soap opera on duty.

“For many years they devoted themselves to that task, writing a daily chapter by myself, with the soap opera on the air. I couldn’t get sick, I couldn’t rest; sometimes I would finish a novel today and start another one the next day, ”he recalled.

Many of his soap operas were covered in different Spanish-speaking countries. (E)