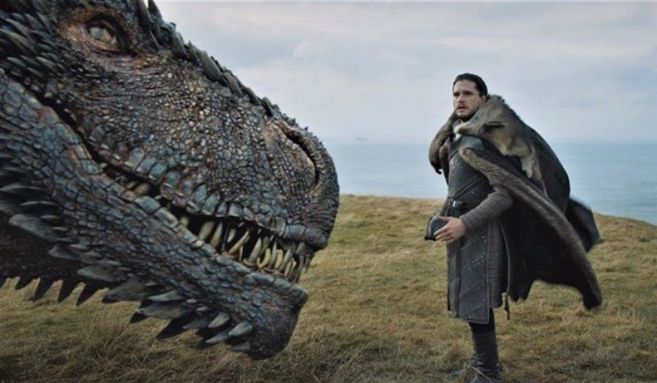 In the series, after having killed Daenerys, Snow’s destiny was to return to live on the Wall, reuniting with what was left of the Night’s Watch.

Despite the controversy that arose with the end of ‘Game of Thrones’, which still gives something to talk about two years later, the truth is that the outcome it had Jon Snow was considered one of the best of the last episode. Now, book fans intuit that its literary ending will be quite different, especially since an important character for its plot was eliminated in the HBO version.

In the series, after having killed Daenerys, Jon’s fate was to to live on the Wall again, reuniting with what was left of the Night’s Watch. Despite having been the legitimate heir to the Iron Throne, He chooses to return to the place with which he feels most in tune, with Tormund and Ghost at his side. A bittersweet ending that could well appear in Martin’s final novel, although there could be noticeable differences.

The series synthesized the story arc of the character embodied by Kit Harington and it would not be strange if he did it after his death and resurrection. The return to the world of the living is estimated to appear in ‘Winter winds’. On the other hand, in ‘Dance of dragons’ there was an important change from his version for the small screen: the death of Mance Rayder, the King-Beyond-the-Wall.

While in the series, Rayder died being consumed by the flames, in the novel he managed to escape death, because Melisandre made the dead man be The Lord of Bones, fooling everyone with one of his tricks. In the book, Rayde’s mission is to rescue a Arya Stark of the Boltons. Also, on paper, the King-Beyond-the-Wall has a sister-in-law, Val, sister of his wife Dalla, both of the Free People and omitted in its television version.

Beautiful, smart and brave, Val has great chemistry with Jon and the novel makes it clear that there is also a mutual attraction. Despite this, he rejects the offer of Stannis Baratheon to marry her, what would have made him Lord of Winterfell, albeit renouncing their vows.

It is that strong bond between Jon and Val is one of the reasons why the Lord Commander would choose to return to the Night guard. She is a temptation for him, as it represents obtaining everything he had dreamed of: being Lord of Winterfell, having a beautiful wife and son, all that he gave up when he joined La Guardia. Also, Val represents Jon’s ties by Free town. After all, Jon never quite fit into the political landscape of Westeros.

THE RELATIONSHIP BETWEEN JON AND VAL IN THE BOOKS

Although ‘Game of Thrones’ shows Jon’s bond with the Wall and the Northlands with his relationship with Ygritte and his friendship with Tormund, Val’s presence would have strengthened his decision. It is likely that Martin will repeat this story and that its ending will appear in ‘Spring dream’, the final book in the literary series.

In the books, the relationship between the two is very strong. In fact, Jon points out that Ghost and Val they seem “made for each other”, which is indirectly also a connection between the young woman and the Lord Commander, as Ghost is part of Jon, being linked to the direwolf like the rest of the Starks.

Obviously, Val’s story, in the novels, would affect that of Jon Snow and Daenerys. For now, we have to wait (more, if possible) than George R.R. Martin finish what will be the sixth book in the saga.