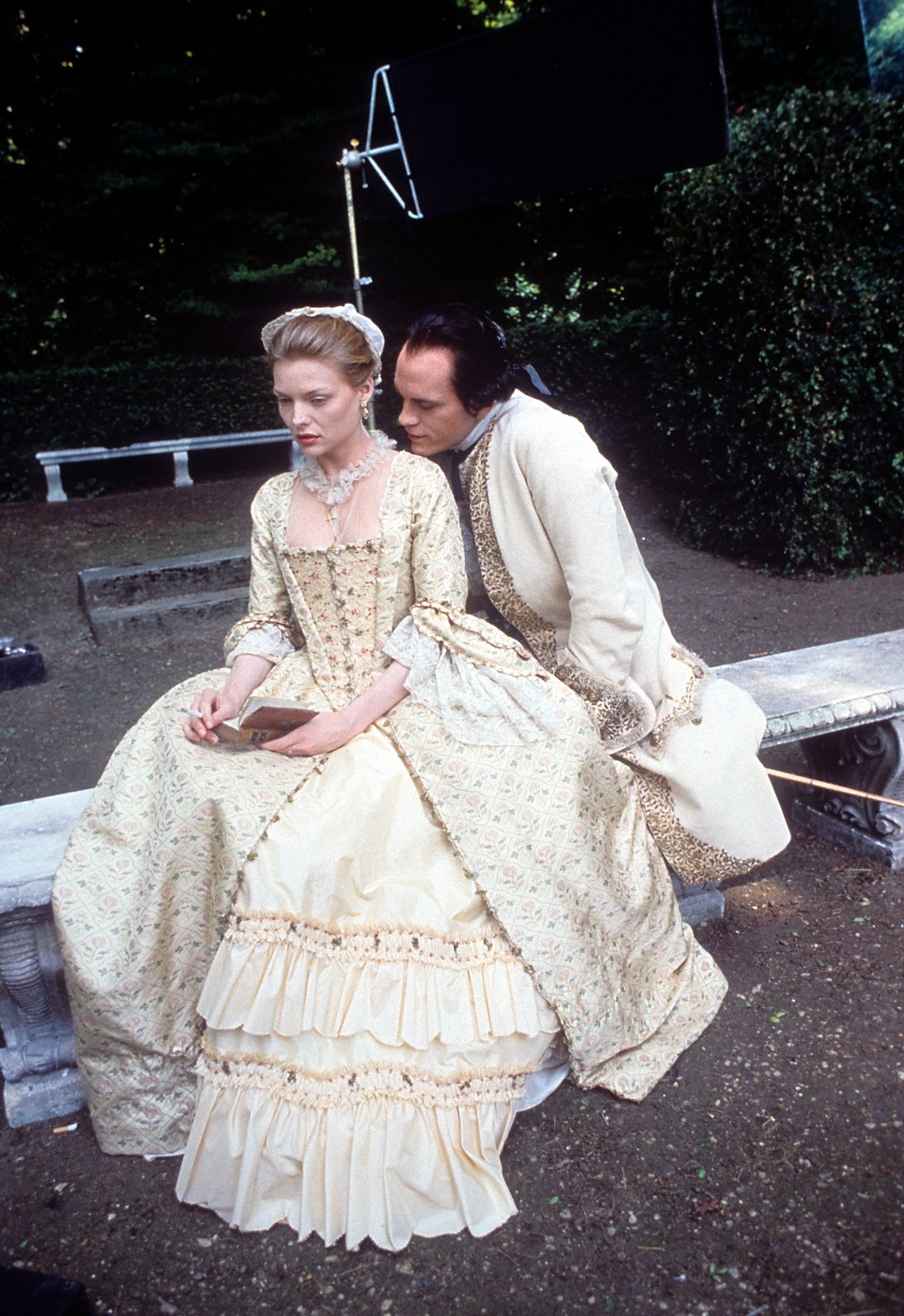 What palette did you work with to give the project a homogeneous visual touch?

“I built the entire mansion of the Marquise de Merteuil inside an old palace, which gave me the freedom to choose the color palette and adapt the design of the furniture that he wanted. Instead, for the other mansions we adapted to the color scheme already present and based on it we furnished the houses with curtains, rugs, furniture and paintings that would complement it and at the same time reflect the personality of the people who lived there. Then we work with the wardrobe department to channel that same energy.”

How did you find a common thread between the deepest contrasts?

“In Paris, the poor area was once a rich area, but then the rich moved elsewhere for healthier air, with gardens and more space. So the poor moved into their old homes. Our reconstruction of the degraded area of ​​the city mixes medieval estates with more recent buildings to give the idea of ​​neighborhoods such as the Marais and Saint Michel.If we look, for example, at the building in which the closed house of Madame Jericho is located, we immediately see how the buildings show layers and layers of history, with different styles until new houses were built with a certain uniformity.

The residence of the Marquise de Merteuil is the heart and soul of the story. What style has?

We went through many trials and color tests. The rooms exude cold tones, while the living rooms have darker tones. Jean’s surroundings are opulent and darker, the Marquise’s bedroom has an almost icy quality, which instead warms in her private areas.

Dangerous Liaisons: All about the sets of the new series