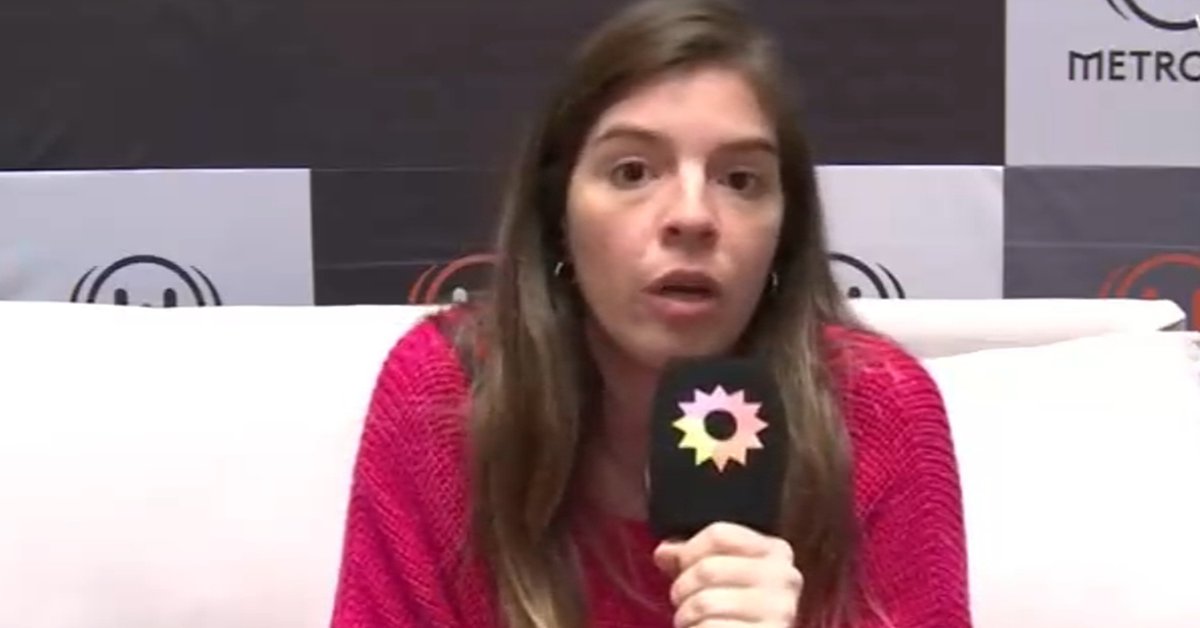 Until today, Dalma Maradona He had only expressed himself in his radio program, with messages on the networks, or through Justice. But this Monday he sat on a mobile of The angels of the morning to speak for the first time since that fateful November 25, with the departure of Diego Maradona. And he did so by agreeing to talk about everything. Less of a particular situation.

“How did you find out about your dad’s death?” Angel de Brito. “Sorry, but I’m not going to talk about it. It’s something that it still hurts a lot and I’m not ready to talk about it on televisionDalma said, apologizing over and over again, surrendered to the grief that she is still processing. But what was said was an exception: for more than an hour he answered each of the questions that were asked.

In this way, he expanded on his relationship with his father in the months before his death. “We were never interested in people knowing if we were going to see it or not. We were desperate: we would go to the door and we couldn’t get in, and he would call us and say ‘Why didn’t they come?’ It was crazy. It was weird because we couldn’t get there in any way. It was an organization, ”he explained, also speaking on behalf of his sister, Gianinna.

“There came a time when I didn’t feel like explaining when I was going to see him, when not, if he was fighting. If I was angry and didn’t talk to him, it was my problem and his, ‘Dalma said. There are people who still ask me if (Maradona) met my daughter. It is exhausting”. However, he warned: “With him I solved what I had to solve”. And regretted: “Many times (with Gianinna) we are like the bad ones, the crazy ones, so as not to expose him to him. People don’t know anything about our relationship “.

In addition, he made reference to the wake that was held at the Casa Rosada, and which had several controversial edges. “We wanted to do something private for ourselves, for him, for his family; we deserved to say goodbye. But we felt that there was the other: he would have liked to have a massive send-off. We did not know whether to make it private or public: we knew that any decision would be wrong ”.

“At one point sadly, I don’t blame all the people, got out of hand in a horrible way. They threw tear gas inside. I realized it because it happened to my husband, ”she said. People began to come very close and it was not because we announced that the wake was ending; it was before. Y we had to make the decision to finish it because what was happening was not right. It wasn’t the way. At that time we said: ‘It does not give for more, it has to end’”.

Dalma Maradona and the riots at the wake

“It was not the idea to leave it for five days: I was not prepared for that to happen. We weren’t going to do it. To please whom? When the most important thing is him “, he was sincere, and added:”It was horrible to have to listen to nonsense, like he had asked to be embalmed. (With my dad) we never talked about his death. Yes, he had told us a long time ago that if something ever happened to him, he wanted to be with his parents. That yes or yes we said that it had to be fulfilled”.

In addition, he explained why did you not greet Cristina Kirchner. That afternoon the vice president gave a warm hug to Claudia Villafañe, but with his daughters he was distant. The cameras even showed Dalma shaking her head. “It was confusing”, now recognizes the actress on those images. “First he greets my mother and when she comes to greet us, she says: ‘Let’s not hug each other for this COVID’, and we said, ‘No, obviously.’ Thus, Maradona’s eldest daughter sought to downplay a situation about which “so many nonsense was said.”

Cristina Kirchner (with her back turned) in front of Dalma and Gianinna Maradona; more here, Claudia Villafañe

Olive dew, the last couple of the star, could not enter the Rosada. “I’m just going to say that it wasn’t mom: she didn’t make any decisions, but (Rocío) used to say that to build a bard”Dalma maintained. And then who banned it? “I prefer to leave it there. As we are always going to be to blame, no matter what I say ”, he emphasized, while clarifying that “There is no relationship” with Verónica Ojeda, mother of his younger brother, Dieguito fernando.

Dalma stated that in medical treatment, headed by doctor Luis luque, “There are many negligence”, and that is why he wishes that those involved, during these days investigated, be “in prison now”, without “waiting for anything” of time. “I keep reading statements and I keep crying. At some point someone has to pay for it. For parsley, for not doing your job well, for bargains. No one is going to give my dad back to me. But minimum, justice ”.

“That mistreatment, that mistreatment. They bitch me and Gianinna and later, unfortunately and with all the pain in my soul, time proved me right. They were more concerned with going to the media than with doing the job well, “he accused, and revealed a dialogue that would have occurred when he himself Luque approached him at the wake: “You don’t like me. I don’t know why you don’t like me, ”he said. “What happens is that you are very cool,” Dalma replied..

The actress assured that after the operation her sister wanted Diego to settle in her house, where she lives with her son, Benjamin Aguero. “Y there the quilombo was armed. ‘If Gianinna takes it, we all lose, here there is a lot of money in the middle,’ “said Dalma, about the supposed position that Maradona’s environment would have taken. “There they began to separate us more, because if we got in, they lost. Although they filled his head, when we were together they disappeared, they did not exist ”.

“¿A Matías Morla Do you want him in prison too? ”De Brito asked. “Yes, obviously yes. I take care of what I am the person who does not let him enter the wake. They came to ask me, I consulted with (Victor) StinfaleHe told me it was perfect. The one who decided that was me and nothing more than me”.

After that day talked about “many things” with Stinfale. “I have not been around for a long time, I have nothing to do with it, the attorney is Matías,” the lawyer would have told him. “I understood that it had nothing to do with it, that Matías did, but I could never talk to him on the phone: I sent him messages, he never answered me. I understand that sometimes I was not politically correct because I was fed up …”, He acknowledged, about his treatment of Morla.

Regarding the causes of filiation, he was in favor of eventually submitting to a DNA test. “The other day I saw that a supposed daughter went to your program (for LAM) and said that we are willing, but then it never happens. I take this opportunity to say that both Gianinna and I are available to the Justice, as long as it is serious, within the framework of doing things well and that it is not a circus”.

“My dad’s DNA is already in the courts. Do you have that doubt? You go, you do the process, where there is nothing that prevents you from knowing. It is very easy to say: ‘I have the doubt, I want to know’. There are many things that must be done to make that happen ”.

Regarding Maradona’s millionaire inheritance, he stated: “None (of their children) charged anything. And with Gianinna we paid things that had to be paid, like moving. A fortune was owed in Dubai. There are many debts. It’s been a long time since the people who organized things for my dad weren’t paying. It is money that we have to take care of ourselves. Nothing was charged for those millions of which they speak”.

Dalma Maradona and the bond with her siblings

Finally, as a result of the leak of the chat of the five brothers (Dalma, Gianinna, Jana, Diego Junior and Ojeda, representing Dieguito), affirmed: “There will never be a chat or an audio of Gianinna or me asking my father to sign something without being in conditions, fixing things with this nefarious organization, I hope they all go to jail. There is nothing that links us in some strange way. There was never anything weird because the best thing that can happen to us is that the only thing that there is are bitches towards us ”.

In the middle, there was a reflection of Dalma Maradona, in this first interview before the cameras since the death of her father, the great Argentine idol: “Until today they recriminate us for things that they do not recriminate anyone. Anyway, nothing bothers me in that sense anymore. My dad is not here, so there is nothing that can hurt me more. From there, I relaxed: I give much less explanations than before and I am much calmer”.

The media past of a La Voz participant: she had already won a television singing contest
Florencia Peña analyzed the national team’s game on a sports channel, and then responded to the criticism with a risque photo