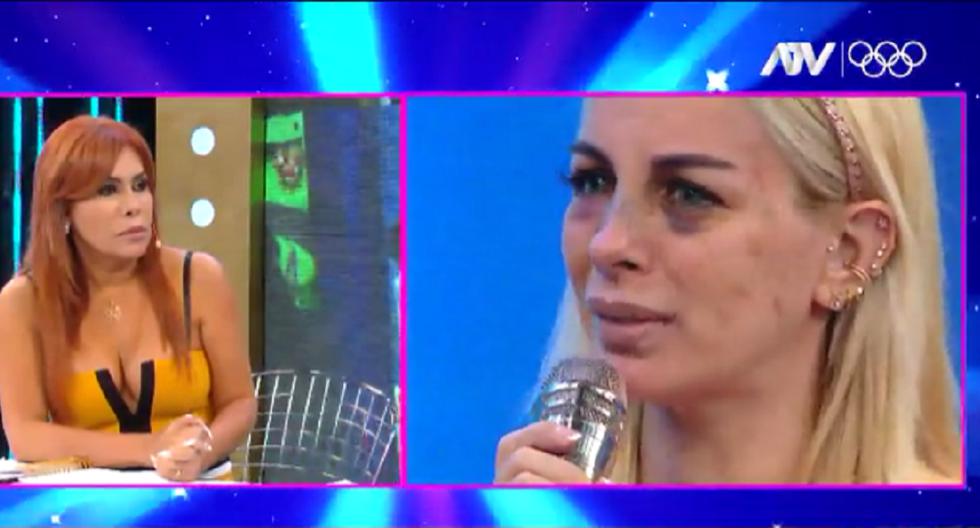 Dalia Durán, the still wife of John Kelvin, appeared on the program “Magaly TV: La Firme” after being attacked by the cumbia singer in her apartment in the district of San Miguel.

In an interview with Magaly Medina, the Cuban woman explained that she let the singer into her house because she only wanted her children to share a moment with their father.

“I had to sign a written authorization so that he can see the babies and together they can share … I agreed because I felt there was no problem, then I went to my room and gave him his space with the boys. I didn’t get into anything. They were painting and so far so good. He told me that if after work, he could return so that on Sunday he can support me with the boys … He tells me that he had rented a house in the south to go all together and I told him that there was no way I would accept go somewhere with him … I told him that it was okay for him to take the children because they need to be distracted ”, she counted very nervous.

SIGHT: Gigi Miter on the attack on Dalia Durán: “In this country, if she does not have the organs in hand, he will remain free”

“He arrived calm and went to sleep with the baby, but I really did not expect such a massacre. Somehow I didn’t expect him to do everything he did to me because if I’m sitting here now it’s a miracle. It would literally be my wake because I was about to be dead on Sunday ”, narrated.

Through tears, Dalia said that the family of John Kelvin She has not approached her or her children to ask about her health after being attacked by the singer.

“If I were dead, because that’s how I saw myself, what would have happened to my children because he doesn’t care. Neither him nor anyone else, because instead of his family bringing him his sweater and food, no one approached me to ask ‘Dalia, how are you doing’ or how are my children, because it was the least I expected ”, express.

The Cuban continued recounting the episode of terror that she lived through and to the surprise of Magaly Medina, the still wife of John Kelvin indicated that she suffered sexual assault by the Cumbiambian.

SIGHT: John Kelvin: this is how Dalia Durán left the police station after being attacked by the singer [FOTOS]

“On Sunday morning, he comes back and knocks on the door loudly. I wondered if something had happened to him because he had nothing to do there (his house). I open the door and the first thing he does is screw me out of nowhere. On the left side he punched me very hard. I locked it, went to my room and said ‘what’s wrong’. There was no discussion in between, he came to hit me head-on and hard because he left me deprived ”, He said.

“I go to my room to sleep and I didn’t say anything to him. I just said ‘get away and please get out of the house’ … It wasn’t enough for him and he took off the duvet, took off my underwear, he took off his clothes and scattered them all over the room. He forced me to be intimate, I had told him that he could not touch me ”, reported.

In her testimony, Dalia Durán stated that she tried to escape from the apartment, but John Kelvin He kept beating her and his strength did not allow her to ask for help.

SIGHT: Dalia Durán’s lawyer revealed chats where they threaten her with death after an attack by John Kelvin [VIDEO]

“My body is totally sore. He has had me between the nightstand and the bed and with a crooked arm. With the other hand I was suffocating and I wanted to scream from my house for help because my children would not get up. He said to me ‘shut up, hang ** you think, there are no cameras here’ and he would let go of my hand to put me more fist ”, concluded.

Report from the police station where John Kelvin is being held 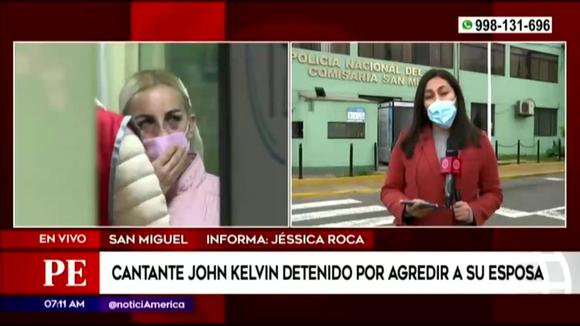 Report from the police station where John Kelvin is being held