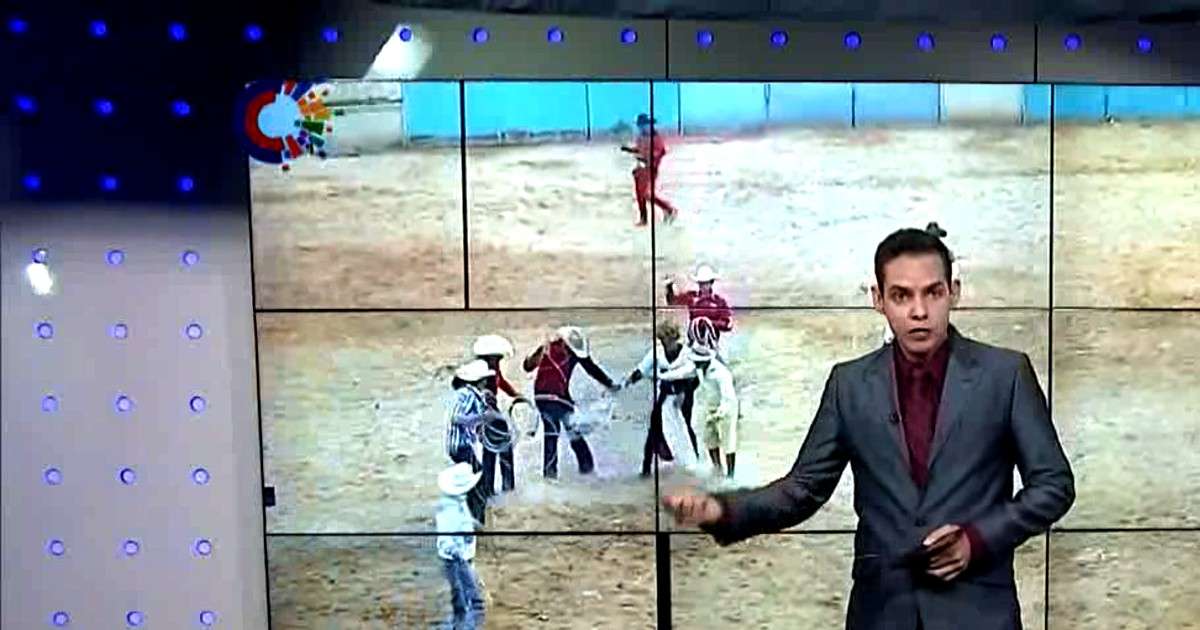 The scandal caused by the abuse inflicted on a cat during the International Agro-industrial Food Fair (Fiagrop) has led the Cuban authorities, in a matter of hours, to give a government response, administratively sanction the alleged perpetrators and dedicate this Sunday an editorial to the animal abuse in it Star News of Cuban Television.

With the video of the embarrassing show in the backgroundjournalist Lazaro Manuel Alonso was in charge of giving visibility to the events that occurred last Friday, when alleged “cowboys” and a clown entertained the Fiagrop public by lassoing a cat at the Rancho Boyeros Fairgrounds.

Along with showing his disapproval, the journalist focused on the discomfort expressed on social networks from the point of view of an institutionality and an administration “concerned” about animal welfareaware of the regulatory limitations and willing to advance animal rights through education, legislation and the application of harsh sanctions to offenders.

“Impotence, rage, shame, disgust… are just some of the feelings and emotions that we have received in an avalanche on social networks,” Alonso said in his editorial, outraged by the mistreatment “with a singular level of cruelty to a cat”, in “the most important agricultural fair in the country”.

The speed and attention paid to this complaint by Cuban animal activists on social networks contrasts with the aggressive rejection caused by other activists’ complaints about human rights violations in Cuba in the official media.

While television and Alonso himself, together with other spokesmen of the dictatorshiphave defamed and lied about the latter in the informative spaces controlled by the regime, it is surprising how quickly official journalists tune in with the discomfort and complaints of civil society interested in animal welfare.

With more than a thousand political prisoners in jail, with hundreds of demonstrators imprisoned for participating in the historic 9/11 protests demanding freedom and change in Cuba, with dozens of them facing lengthy prison sentences on sedition charges -when the only thing they did was express rejection of the government and the repressive policy of the dictatorship-, with desperate mothers and destroyed families, the official press controlled by the totalitarian regime has become sensitive to the concerns of citizens about animal welfare.

According to López, the Fiagrop animal abuse case is “the tip of the iceberg of a much larger problem… and it is the insufficient protection that still exists in Cuba for animals.”

The newspaper library is full of complaints about police violence and harassment, arbitrary arrests, beatings, kidnappings, threats, torture, censorship and other practices that Cuban activists point to as violating their civil and political rights, and exponents of State terrorism of the Cuban regime. , but at the moment there has been no recognition on television similar to that of the problem of animal welfare.

The Cuban regime is willing to recognize that the “roundup of the cat” is the tip of the iceberg of a larger problem; and it is. His concern, made a television editorial this Sunday, reaches the point of censoring even cockfights “which some justify with alleged expressions of Cuban identity, but which are essentially injuries and aggressions,” and which are part of the patrimony of the commander’s family. William Garcia Frias and its business conglomerate Flora and fauna.

“The use of horses to pull cars without proper rest, nutrition and hydration”; “the capture of animals on public roads and the conditions in zoonoses”; “the captivity to which species are subjected, including endemics (birds), or poaching, or expressions of abuse in zoos”; “or the illegal dog fights”, were pointed out on Cuban television as part of a lack of culture of animal rights.

Receptive to the outrage of citizens with these expressions of barbarism on the Island, the editorialist proposed the possibility of dealing with animal abuse from sanctions that transcend the administrative sphere and are treated by criminal law. “The time is now, with the new penal code”, indicated Alonso, for whom the fines of thousands of pesos imposed by the competent authorities seem ineffective measures.

The rejection of animal abuse is not only perceived among “those who give their lives for animals”, but even by “the Miguel Diaz-Canelwho has been emphatic on Twitter,” said the official journalist while projecting a tweet from the ruler.

Praising the clarity of Decree Law 31, and showing willingness to reform in this area, Alonso ended his reflection by quoting Mahatma Gandhi: “The greatness of a nation is measured by the way it treats animals.”

Pretending greatness in the Cuba of the totalitarian regime that tramples on the most basic rights of its population, after an alleged sensitivity against animal abuse, recalls that other phrase by Leo Tolstoy: “There is no greatness where simplicity, kindness and truth are lacking.” .