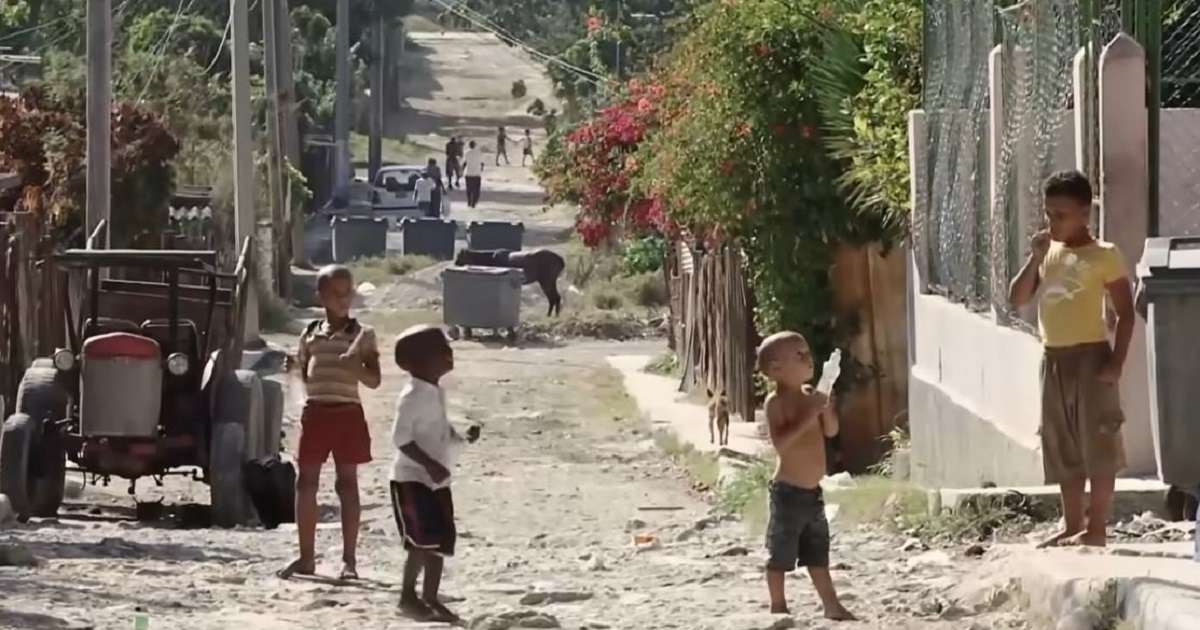 Cuban television premiered on Monday the documentary “Canción de barrio”, by the director Alejandro Ramírez Anderson, censored since 2014 and which deals with the tour of singer-songwriter Silvio Rodríguez through some of the poorest communities in Havana.

The material, approximately 80 minutes long, was broadcast by Cubavisión at night. It contains images and testimonies not only of the concerts, but of the lives of the people in the humble neighborhoods of Alamar, San Miguel del Padrón and others like El Fanguito, on the edge of Vedado.

“The pain, deterioration, imagination, violence, resignation, humor, despair and the precarious hope of those who survive an already too extended and often silenced part of our reality,” said the prominent Cuban filmmaker Fernando Pérez about the audiovisual.

The premiere of the documentary coincides with weeks in which government representatives have been visiting poor communities, with a tinge of apparent concern for their problems later of the social outbreak of 11J. Among the neighborhoods visited, even by the ruler Miguel Díaz-Canel, are La Güinera and El Fanguito.

“Hallelujah and congratulations to its filmmakers,” said Silvio Rodríguez after learning of the decision to premiere the documentary on television, after seven years of censorship. Several users reacted with reproaches to the authorities for not transmitting a film necessary for its condition of “intelligent, heartbreaking and human” long before.

“If Alejandro updated his film, sadly and painfully, it would be even more dramatic. The problems have increased. And it is outrageous because many of those who now applaud the material and its censors did know about the audiovisual and what it shows, “said photojournalist Kaloian Santos, recalling that the iconic film” Strawberry and Chocolate “was broadcast on television to 20 years after being released.

“Art is free or it is not. I believe that this is one of the main lessons of this work by Alejandro, which after seven years, after fundamental events, has managed to finally wake up many Cubans to their reality ”, he concluded.

For his part, Díaz-Canel described the reality that the documentary told on Twitter as “harsh”, while calling on the island’s filmmakers to narrate the government’s management in the communities. “We will need resources, hands to work and a new documentary that tells how much is being achieved,” he said.

“In dozens of disadvantaged communities there is intense work. Houses, streets, parks, doctors’ offices, schools, faces, change their appearance. Locals and souls are being repaired ”, he asserted with a propaganda tone.

In 2014, the year of the documentary, Silvio Rodríguez himself expressed his surprise at the way Cubans lived in the neighborhoods he visited. “I have learned that people are j ……, very j ….., much more j ….. than I thought,” said the Troubadour to the official Cubadebate website, recognizing then that he had “A life much more comfortable than the vast majority of Cubans.”

Alejandro Ramírez Anderson, a Guatemalan film director and photographer based in Cuba, graduated from the Faculty of Audiovisual Communication Media of the Instituto Superior de Arte (ISA). Another of his documentaries, titled “deMOLER”, refers to life in communities that depended heavily on the sugar mills, which were demolished at the initiative of Fidel Castro. His audiovisuals have received numerous awards and recognitions. In his biographical file on Ecured, there is currently no “Neighborhood Song”.