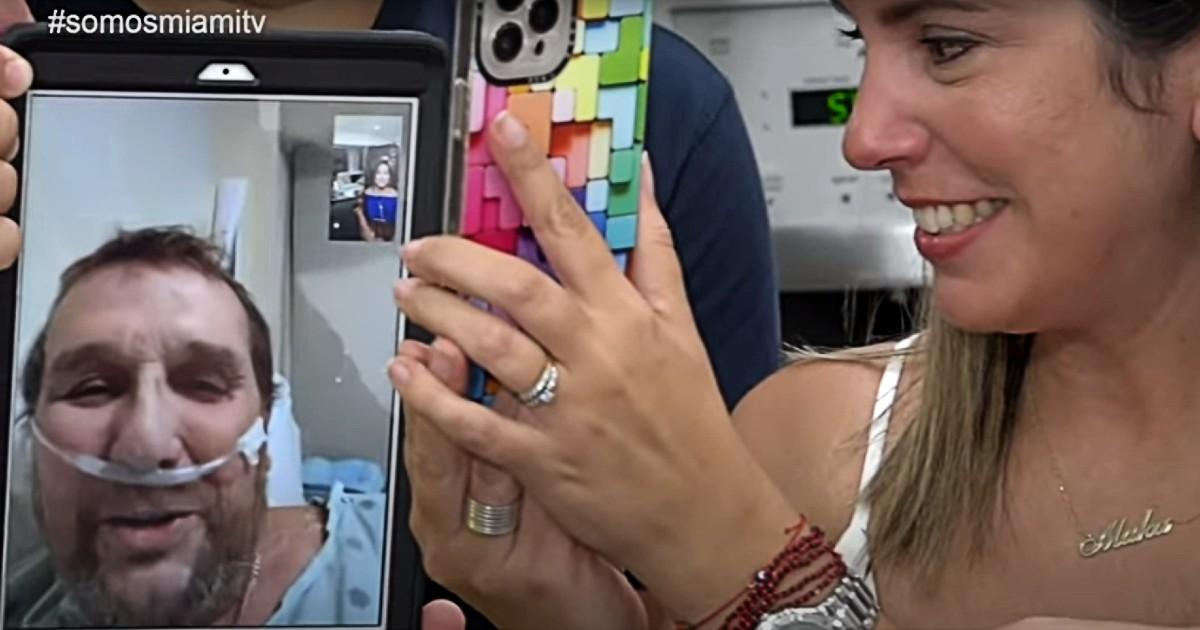 The popular Cuban actor Ramoncito Veloz declared that he had seen “the face of death” from the hospital where he was admitted, recovering from the effects caused by his coronavirus infection.

“I have been in intensive care for almost 20 days. This is a very bad disease, very bad. I arrived practically without air, practically collapsed, and now I am already breathing 40%, “said the actor in a connection made live for the program ‘La casa de Maka’ on the Somos Miami TV channel.

Through the screen of a Tablet, Ramoncito Veloz spoke with the host of the program, Maka Riveloz, and several of his collaborators, such as the actress Dianelys Brito, who told him that there were many people pending on his health.

At the end of August the news was known that The popular actor was hospitalized in Miami after catching COVID-19. His niece, María Karla Rivero (Maka) and relatives reported that the artist was stable, but this Wednesday he himself learned that he had been very serious.

“I have seen Death close several times, but this time I looked at her face. I’m not very into crying, but if I keep talking I cry. Thanks to you, everyone, I can continue on this wonderful journey called Life, “said Ramoncito with his voice broken by emotion.

The actor, who is part of the La casa de Maka team, has a section called “Ramón’s memories”, where he shares the anecdotes he saw and was told about Cuban television and cinema. Son of Ramón Veloz and brother of Coralita, Ramoncito comes from an extensive family of Cuban actors, with an outstanding presence on Cuban cinema and television screens, as well as a loyal audience that has shown their affection these days.

“I have been very excited to see people who you thought were lost in your life and who suddenly appear. It has been very exciting, “said the actor from the bed of the intensive care room at Keralty Hospital in Miami, where he continues to recover from the respiratory sequelae caused by the virus.

The actor took the opportunity to thank the medical staff and workers of said institution. “Everyone, from the doctors, the administration, the nurses, the cleaning staff, everyone has had a wonderful treatment. They have saved my life. Also to all the people who prayed for me, who had words of affection. It has been incredible ”.

In an emotional moment of the show, a collaborator told him an anecdote that illustrates his audience’s concern for his health. “Everyone asks for you. Yesterday I went to Home Depot to buy a light bulb for the start of the show and a man asked me ‘Hey! How is Ramón? Tell him that I’d rather go than him go, ‘”said Jean Michel.

However, the surprise of the night was led by the connection from Havana with his niece Tahimí Alvariño, at which time they were both able to speak. “You are already whole, so … Machete!”, Said the niece, who later confessed that she saw him much more recovered. “I feel him with his good humor as always, which is the best sign,” he said.

“A big kiss and that every day we are all better human beings,” said Ramoncito Veloz, who was beginning to take his breath away from emotion and shortness of breath, connected as he was to a respirator with medicinal oxygen.