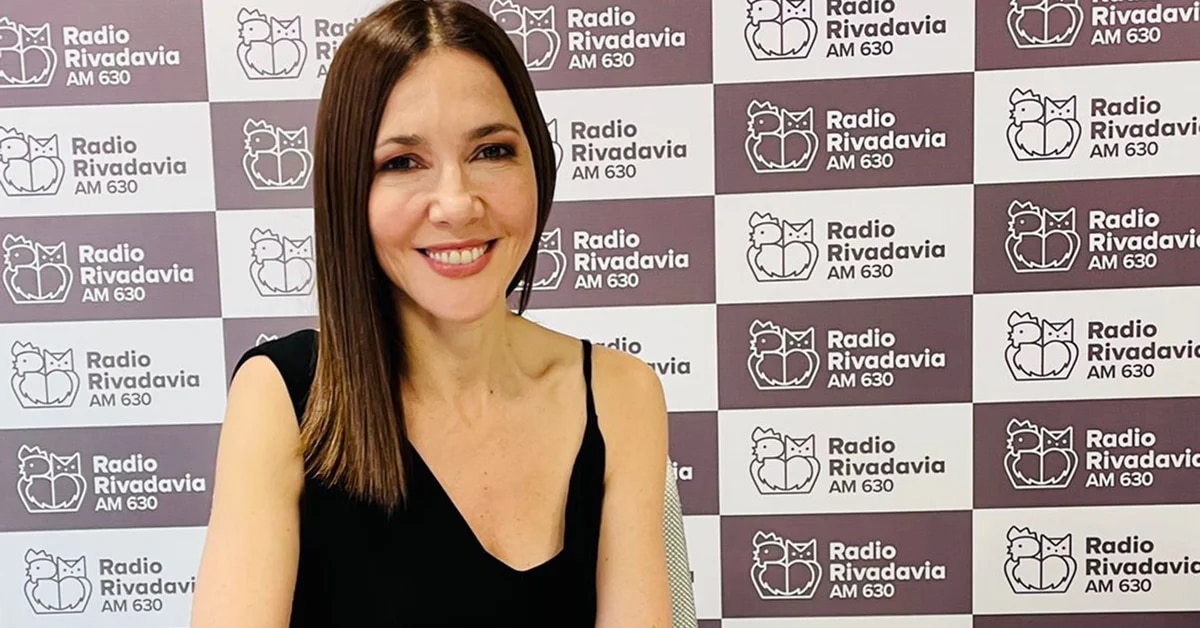 Even with the echo of the glasses raised and the toasts for the year that is beginning, the market of passes of the Argentine radio does not stop. In a panorama that already has some ratifications and a few surprises, another leading figure changes station and schedule, in a double challenge for his professional career.

Is about Cristina Perez, the host of Telefe News, that days ago he sealed his separation from Radio Miter. There he was for six years at the head of Confessions in the night, the cycle with which he led the time slot from Monday to Friday at 22. His outstanding work earned him two Martin Fierro awards, in the category of Best Evening Program in AM and for the Best Female Journalistic Work on Radio and generated expectations for his future job.

After evaluating different proposals, the woman from Tucumán decided to Radio Rivadavia. In the last hours, she signed the contract that will link her to the Arenales street station, where from next Monday, January 31, she will be in charge of the second journalistic morning, Monday through Friday from 9 a.m. to 12 p.m. Although the name of the program has not yet transpired, the great team that will support it was known. Manuel Adorni (Economy), Luis Tonelli (Politics), Claudio Zin (Health), Román Iucht (Sports), Ariel Tarico (Humor), Ceferino Reato, y Pablo Montagna (Shows), among others.

“With Radio Rivadavia I fulfill a dream and I will give everything so that we can live memorable mornings, looking at our reality with courage and challenging power, and for that our team is preparing”, said the driver after putting the signature. “And since radio is the medium most similar to life, I am sure that beautiful moments await us with the strength that comes from being together”, added the journalist, who will continue on the Telefe newscast with Rodolfo Barili.

In addition, Cristina remarked that she was grateful “Because of the Alpha group’s trust in this journalist woman that I am and who embraces the job every day as an apprentice. I can’t wait to meet the listeners again to make the radio they expect and deserve ”, she closed enthusiastically.

Pérez is not the only one saying goodbye to Radio Miter. In November Marcelo Longobardi made his exit from the cycle official Every morning, which started on Radio 10 and has been on the air for 21 consecutive years. This decision took by surprise the followers who had listened to it for years on the station’s first morning.

On the other hand, Julio Lagos will debut on January 3 with the program The radio is you in Rivadavia at 9:00 p.m., in a new adventure in the ether and on the platforms of the historic Arenales street station. “This is miraculous. I’m going to turn 77 on Monday, January 3, and in general at that age, you don’t start something, you don’t start an adventure and something extraordinary happens to me that gives me life ”, says Julio to Teleshow.

While Beto Casella stopped driving Well raised on Continental. The host of the popular show Blessed (El Nueve) has already arranged to return to Rock & Pop, where he had already been working in 2018 and 2019. After returning from his vacation, in January 2022 Casella will arrive with a new format and with a renewed team that will accompany him. They have not yet released the name of the show. The only thing that is known so far is that the comedian is confirmed Milton Re.

Gianinna Maradona and Daniel Osvaldo, again in crisis: mystery in nets and pineapples in a Miami bowling alley
L-Ghent and its long New Year’s party with family and friends
Another blow to Carlos Paz’s theatrical billboard: four plays had to be suspended due to the coronavirus wave

will be in charge of the second journalistic morning

Cristina Pérez disembarks on Radio Rivadavia: what will her new program be like