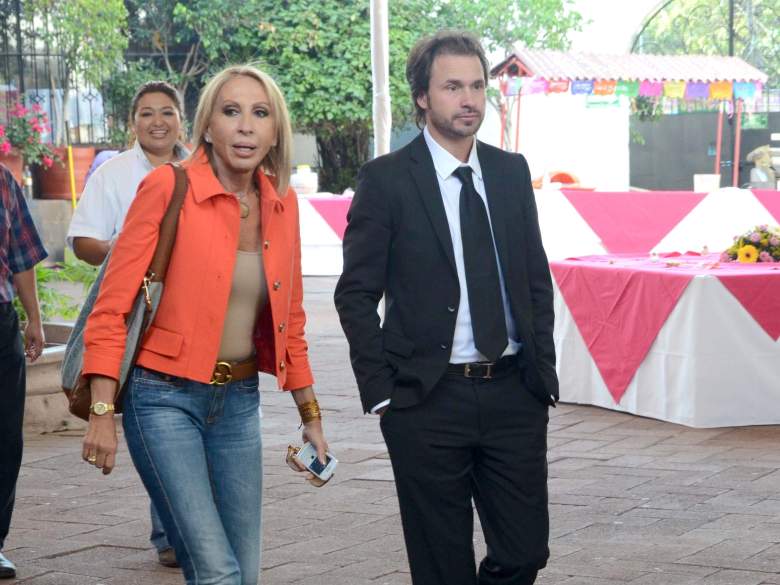 The House of the Famous returns to the screens of Telemundo in 2023 and there are many surprises that it brings to viewers despite the fact that we still do not know who will be the inhabitants who will say present in this third edition although the name of Cristian Suárez, Laura Bozzo’s ex, sounds strong in the most famous competition on Hispanic television.

Many are the names that begin to circulate for the third edition of The House of Celebrities 3. Likewise, soon we will meet the most controversial celebrities and of the moment that they will face in the arduous coexistence to win the cash prize and with this the recognition of the public.

In the program “Gossip No Like” gave the scoop on supposedly some celebrities who will be in La Casa de Los Famosos. One of those who ensure that he can enter is Cristian Suárez, Laura Bozzo’s ex. In turn, the presenter Javier Ceriani, said: “Cristian Suárez, ladies and gentlemen, has already confirmed in Argentina and did not realize that we listened to him, that he is going to The House of Celebrities 3”.

Christian Suarez He was Laura Bozzo’s partner for 17 years and now they both have a good friendship. Likewise, everything may indicate that Telemundo had already had an eye on him when he was invited to a program to talk about the personality and development of the Peruvian lawyer due to the instability in the competition. “Emotionally, she is in a confinement that she suffered at the time in Peru, three years, where I had the opportunity to accompany her.” Suarez commented on The Hot Table.

Because of the controversy that it can generate within the house and all the secrets that will also come to light from his extensive relationship with Bozzo. Likewise, everything indicates that the Argentine is a potential inhabitant who will awaken public opinion and alert all fans of the famous Peruvian presenter.

How did Laura Bozzo and Cristian Suárez meet?

But it was the famous presenter’s program that made them meet and from that a 17-year relationship, so much so, that it was speculated that he took advantage of the driver’s money and even hit her, but in interviews, Zuárez He says that he never used that money and never hit the driver, on the contrary, Laura Bozzo was the one who attacked him and out of pity he never reported her, that’s how he related it Gluc.MX

All the alarms are on with the possible candidates who will say present for the third season of The Fall of the Famous And it is no surprise to anyone that the Argentine can bring to light secrets of his relationship with the famous Peruvian presenter.