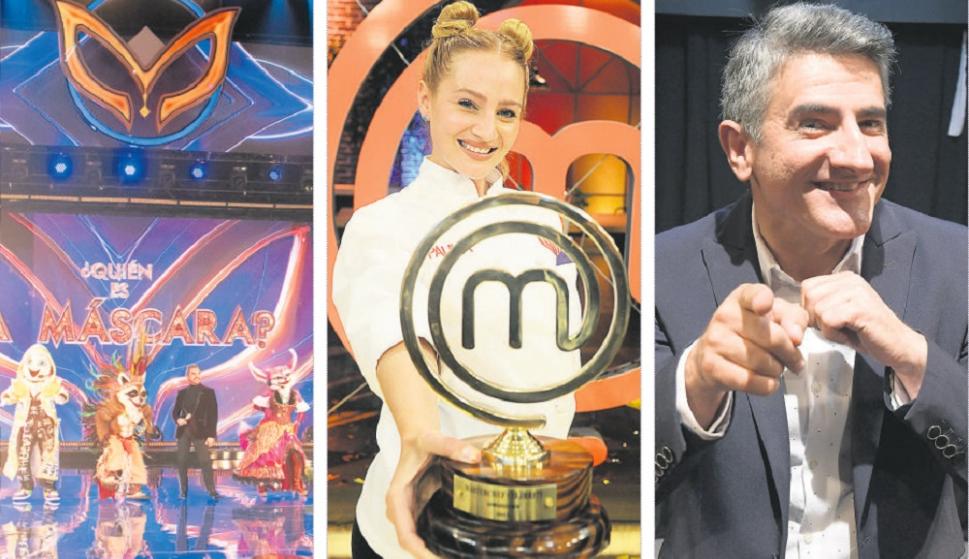 The Uruguayan television you are in a great moment. Last year the prime time, that is, that time slot at night that begins after the news and is considered the central one on open television, was taken over by national production, something that had not happened for a long time. And the public, as the rating showed, supported the initiative.

According to Ariel Hajmi, CEO of Kantar Ibope Media for Argentina and Uruguay, Uruguayan consumption in 2021 was marked by the entertainment programs, changing the trend of the previous year that had turned to information and news due to the arrival of the coronavirus. The channels took advantage of this change and adapted, with a local accent, different formats known to the world. This year, the bet will once again dominate the local grid.

And although open television will begin to present its most important productions from March, the agendas are already set and these will be some titles that will arrive or return in 2022.

bet on the new

The TV will be celebrating in 2022 as the channel will turn 60, and that is why there will be a commemoration that is in development, Eugenio Restano, Program Manager for the 12th told El País. And together with the special celebration, the signal will continue with its star programs: Deal Done edition families, Put Play, The wheel of luck Y 100 Uruguayans say.

But the most relevant thing for this year is the launch of two new important and weighty productions.

By the end of April or the beginning of May it will be released Who is the mask?, local version of the popular South Korean format King of Mask Singer, which has more than 50 variants around the world. In Brazil it is conducted by Ivete Sangalo; in Spain, Arturo Valls (the Now I fall!); In the United States it has Nick Cannon and in Argentina, where Telefé will arrive this year, it will have Natalia Oreiro.

“It is a mega-production due to the logistics that implies that it is not known who is under the mask,” said Restano, referring to the particular mechanism of this new format.

Is that the program has a panel of researchers who are the ones who are going to reveal who is under the mask in question. The participants of the singing contest There will be 18 characters from the most diverse areas: sports, politics and entertainment. “That is the grace, that you are surprised with a person that you do not relate to singing interpreting a song,” added Restano. Did not want to advance who will be the experts of the program or its driver.

For the second semester the second season of Holy fire. The grill program that had Lucía Soria, Federico Desseno and Aldo Cauteruccio as jurors will return with some changes; the most noticeable will be the location.

The juries of “Sacred Fire”

In addition, on December 31 the agreement with Artear ended, that is, eltrece from Argentina, which is renewed every year. “Now we will have to sit down and talk and that will depend on the products that are going to be released,” said Restano. That conversation involves fictions, the contents of Marcelo tinelli and the cycles of Mirtha legrand.

As for telenovelas, the arrival of the telenovela is expected within three months If they let us, a Televisa production that is a remake of the popular Victoria. And after the end of Mother’s heart will be released A place in the sun, the last telenovela with Cauã Reymond.

Channel 10 will bet on its successful programs

According to Kantar Ibope Media, of the total the 10 most watched programs in 2021, Channel 10 concentrated eight. There they were Got Talent, MasterChef: Celebrity, Pasapalabra, Controversy at the bar Y Who wants to be a millionaire?, in addition to the central and special editions of Underlined, and the Turkish soap opera And who are you?.

It was to be expected, then, that the Uruguayan channel would continue to exploit its leading entertainment formats. Thus, the third seasons of Got Talent and of MasterChef: Celebrity, to be released in the first and second half of 2022 respectively. And to these will be added new content with potential for success: the first season of The Uruguay Voice, that will have Agustín Casanova, Lucas Sugo, Ruben Rada and Valeria Lynch as jurors. The auditions will begin filming in February and its premiere is expected in the first half of the year; still unknown who will be in charge of driving.

The announcement of “La Voz Uruguay” was in the final of “Got Talent”. Photo: Nicolás Lauber

There will also be more than Controversy at the bar, Pasapalabra Y Who wants to be a millionaire? this year, as well as Lto Don Mateo’s hairdresser Y Smile, we are recording you. There are more projects in development, but from the channel they preferred not to advance them to El País, since the agreements were not closed.

And without a release date is the arrival of Doctor Miracle, which was already announced by the channel. The Turkish soap opera (remake of a Korean series and that already had a version in the United States, The Good Doctor) focuses on a young doctor with autism and sage syndrome, who wants to be a surgeon and has to fight against the prejudices of his colleagues and teachers. The telenovela starring Taner Ölmez and Onur Tuna became a worldwide rage: in Argentina it surpassed a national team game in rating. Will it be the same in Uruguay?

Channel 4 will continue in a firm direction

In the end of Bake Off Uruguay It was learned that the confectionery contest would have a second season that will premiere in the second half of 2022. And it is not the only novelty that Channel 4 brings: another important title will be the arrival of the format Now I fall which will have as a driver Gustaf, who walks away from The eight steps to join this new project that has an estimated release date in June.

A) Yes, Martín Fablet will be the host of the new season of The eight steps, while Andy Vila will continue to lead the “famous” edition.

In addition, in March the journalists will return: Watchword Y All voices: and is working on new seasons of PH Uruguay, Alphabet Soup, In Focus Y From the ground to the plate.

“What we are going to do is emphasize the line of work created in 2021, with local talent and successful formats around the world,” said Ignacio Mazza, Channel 4’s programming manager.

As for the foreign, the Argentine telenovela will arrive The first of us starring Benjamín Vicuña, Paola Krum, Luciano Castro, Jorgelina Aruzzi and Damián de Santo. The plot centers on a group of friends who are around 40 years old and will experience a great change in their lives when they find out that one of them has a terminal illness.

In addition, the channel is in negotiations to adapt three more formats, which for now they prefer to reserve. And on the horizon there are “contents that impact, such as (the space within Telenoche) Impulse, to bring life stories and social issues closer, “said Mosca, as well as a project that will lead Claudia Garcia, you just left Good day. That proposal with the communicator would arrive in April.

What Channel 5 and TV Ciudad will launch

Public channels are also preparing news for 2022. Canal 5, for example, will finish broadcasting the series Montalbano, will premiere the Spanish series Live without permission and will launch the third season of its documentary program Silent heritage, which will be focused on the Old City.

Other premieres will be the reality show Nomads, about a Uruguayan-Argentine family that travels everywhere in a motorhome, and absent, a program with the police chronicler Miguel Chagas. “This year we are going to focus on strengthening the programs that we launched last year,” Gerardo Sotelo, the director of Secan, told El País.

Meanwhile, the municipal channel TV City prepare a Uruguayan season of the Argentine program Meeting in the studio. The cycle that combines interviews with live music will arrive in Montevideo with its original host, Lalo Mir, and with staff from the neighboring shore. It will be filmed at Sondor Studios and filming will begin in March.

The cycle will be a co-production between TV Ciudad and the Argentine channel Encuentro, and it will be seen on both shores, since it is part of an alliance that will allow, it was announced, to carry out other projects.

Throughout the original seasons of Meeting in the Studio already passed Uruguayan artists like Ruben Rada, the murga Foul and Rest, the band La Vela Puerca and Jorge Drexler.

Contests, entertainment and fiction: what are Uruguayan channels preparing for 2022?

Jorge Rial's message after his resignation from TV Nostra: "This is not the time to speak, but to re...
Who is the father of Erika Buenfil's son?
"Despierta América" ​​will air every Sunday: Date and Time