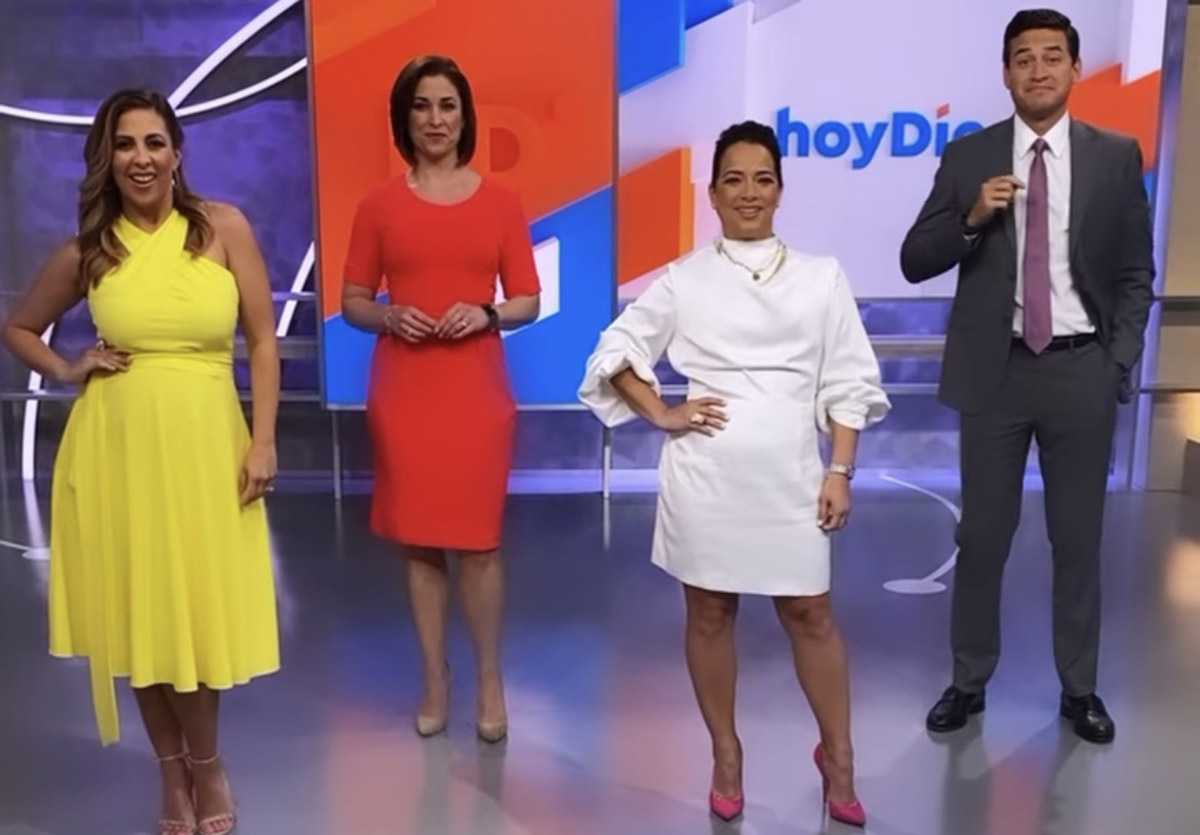 Layoffs and changes in ‘Today’. Less than a year after the premiere of the show that replaced ‘Un Nuevo Día‘on Telemundo mornings, promising to be innovative and give it a more newsworthy angle, keep looking for that goal that you can’t seem to find.

On the morning of this Friday, they were separated from the show led by Adamari López, Chiquibaby, Nacho Lozano, Nicole Suárez and Arantxa Loizaga, various producers of the team. Among them its executive producer and head of the show, Desiree Colomina, who was already in that same position in ‘Un Nuevo Día’.

Why the layoffs? According to answer that Telemundo gave us exclusively, is a consequence of continuing to try to deliver news to the public. Here is the declaration of the string:

“The morning program ‘Hoy Día’ was launched this year as a concept for Latinos looking for useful news and information to start their day. Given the emphasis on current news and events, we have decided to make changes in the production team to continue offering the best informative content to our audience every morning. You We deeply appreciate the employees affected for all his dedication and commitment to ‘Hoy Día’ ”.

More news focus in the morning? According to what the chain itself told us, what they seek to further enhance both current affairs and news, something that, from what we’ve seen over the years, at least in the Latin chains, seems not to work.

Let’s remember the failures of the two times that Univision proved that ‘Despierta América’ was more news. The last try, precisely was in charge of Patsy Loris, before the executive was hired by Telemundo, who formed important part of the end of ‘A New Day’ and the creation of ‘Hoy Día’.

Did the change from ‘Un Nuevo Día’ to ‘Hoy Día’ help in terms of rating? The answer is “no”. Not only would it not have helped, but it would have done the numbers drop further in favor of its more direct competition ‘Wake up America’, who is still the leader in that time.

How will the show change? For now in the direction of it. A few minutes ago Javier Ceriani said in ‘Gossip No Like’, that who would be the head of the morning program would be Sabrina Zambrano, Patsy Loris’ right-hand man in news.

Nevertheless, there is another name that would be around for that position, and what could be the new contract of Telemundo, journalist Gabriela Tristán, who until a few months ago was part of the Univision news department. Her last position was that of executive producer of Digital Edition News.

Because she? Because it is someone who worked at Univision with Patsy LorisWe repeat that she is the current news executive in charge of all these changes in the morning.

Tristán worked at Univision for more than 25 years, and it was one of the first news producers to have ‘Despierta América’. What’s more, together with Loris they created the digital version of the newscast hosted by Carolina Sarassa and Borja Voces.

In fact, there were those who thought that, with the resignation of Patsy Loris from Univision, Gabriela Tristán was going to be named in her place, but instead, María Guzmán was promoted. Months later, and after so many years in the chain, he resigned.

Until now The names of those who were separated have not been made official, nor of those who would take their positions, nor has it been confirmed what is rumored to happen next Monday: more layoffs.

What will happen to the talent? So far there is no official or unofficial information about it, everything it would indicate that they would all follow, at least for now.

WATCH THESE OTHER STORIES:

• ‘Hoy Día’: This was the beginning of the show that promised to be innovative