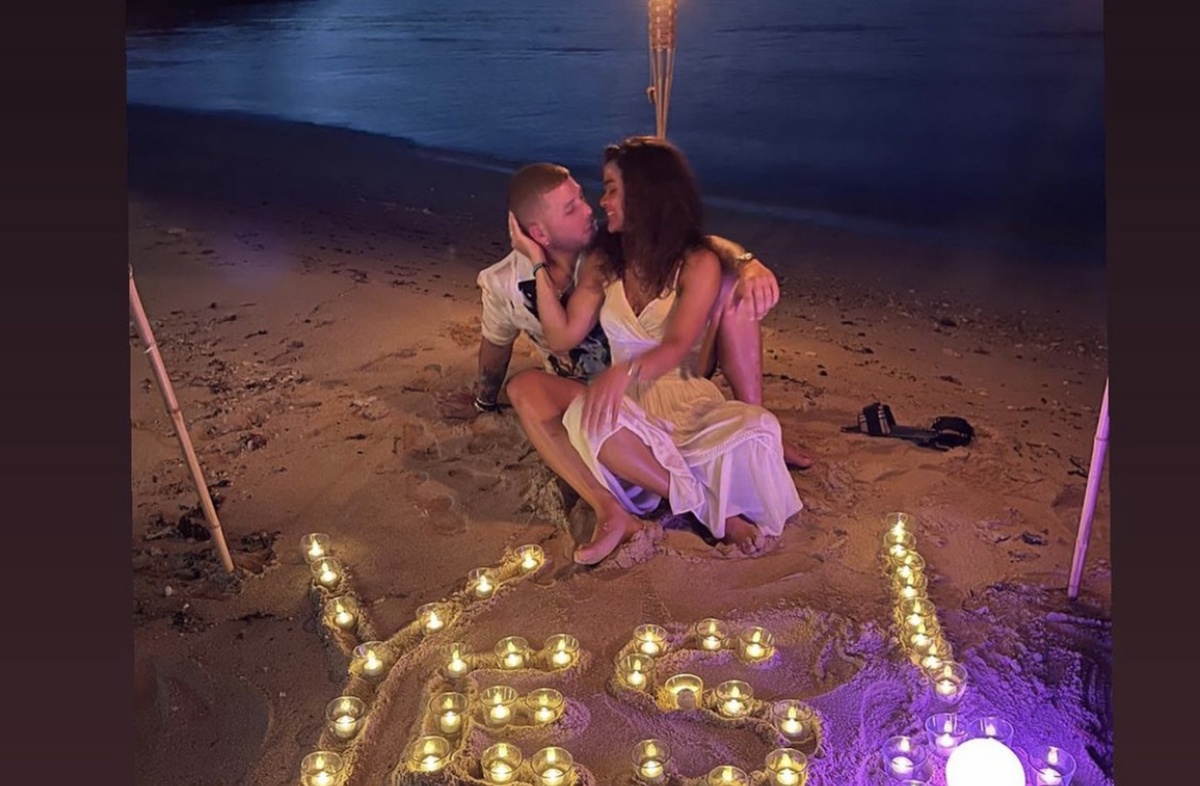 Clarissa Molina marries Vicente Saavedra… What we shared with you a few days ago, the Dominican herself or confirmed this afternoon in ‘El Gordo y la Flaca’ where she said that two weeks ago, her boyfriend surprised her with a huge ring and asking her to marry him.

Excited, happy, unable to avoid tears, Clarissa told Lili Estefan and Raúl de Molina that she is already engaged and showed in a ring that it could be worth more than the one Christian Nodal gave Belinda.

The beloved actress and presenter explained that everything was a surprise, Vicente invited her to dinner at the beach, in a beautiful sunset and while they were walking and he told her how much he loved her, they came across a writing in the sand that said ‘Marry Me?’.

While Clari couldn’t stop crying, Vicente knelt down and officially asked her to spend the rest of their lives together. to which she did not hesitate to say yes!…

The couple have been together for 8 months, but Molina says she feels like it was 8 yearsthat his heart feels that he is the person he has been waiting for all his life, and that their families also get along wonderfully.

Where will the wedding be? Although they haven’t decided yet. the first option would be the Dominican Republic, it could also be the land of the future husband, Puerto Rico, or Miami where they both live

Clarissa cried over and over again as she told her colleagues from ‘El Gordo y la Flaca’, to whom she also shared that once everything was done, they had a Facetime party so that the two families and friends watch the video of the moment with them.

What is Clarissa most excited about? Not only marrying the one she feels she is the man of her life, but her father, she will be able to walk her down the aisle. and deliver it, something that for many reasons he feared would not be possible.

WATCH THE MOMENT OF PROPOSAL TO CLARISSA MOLINA:

•Clarissa Molina fulfills her dream of hosting the Latin Grammy backstage, and now she’s going for an Oscar