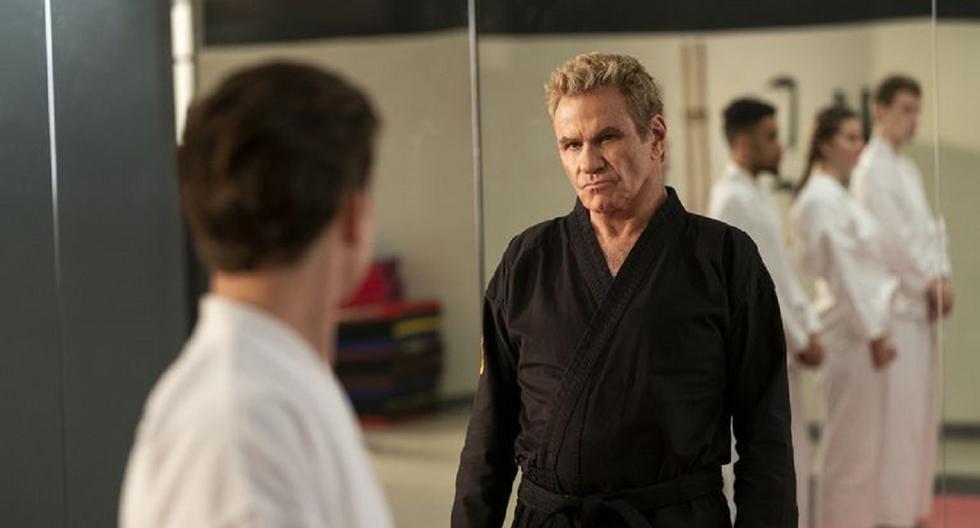 Finally, the fourth part of “Cobra Kai”Arrived on Netflix to reveal which dojo will stay in All Valley and who will have to forget karate forever. Season 4 of the series showed us how it was the process of the alliance between Miyagi-Do and Eagle Fang Karate to defeat John Kreese and Terry Silver, the founders of Cobra Kai. And of course, the great winner.

After that, the dedication of the fiction unleashed curiosity in many fans to know who it was. It is worth saying that every time some appear In Memorial on the screen, they indicate that the person (or persons, if applicable) has died. Thus, Albert Omsted’s name appears next to his year in which he was born and the day he died: 1982 and 2021, respectively. But who is this person and why was he important to “Cobra Kai”? Coming up next, we tell you.

What is known is that Albert Omstead worked in the camera and electrical department on a total of 21 episodes of the television series “Cobra Kai”. Unfortunately he died on July 19, 2021 in Georgia, United States.

According to the information handled by the specialized media, Omstead died while fixing a water leak that was flooding his apartment, this caused one of the walls of his home to collapse and fall on him. Albert had a son and four stepchildren.

“Cobra Kai” was not Albert Omstead’s only work in audiovisual productions. The 38-year-old appeared on series such as “Creepshow,” “Dead Silent,” “Sweet Magnolias,” and “Robbie.” In addition to “The Walking Dead”, “Atlanta” and “Stranger Things”.

This was a small, but well deserved tribute to this person who worked with Netflix and “Cobra Kai”.

THE “COBRA KAI” ACTORS WHO DIED

In the second season of “Cobra Kai”, the actor who played Tommy, one of Johnny Lawrence’s friends in “Karate Kid” has a brief performance but one that will be remembered forever. The recordings were made at the beginning of 2019, a few months before his death, so he did not see his return to history after so many years.

While Par Morita appears as souvenirs in “Cobra Kai”, Mr. Miyagi has been the most important character in the “Karate Kid” franchise. His presence in the Netflix series is essential for its development. The beloved actor passed away in 2005.

Season 4 of “Cobra Kai” is dedicated to Ed Asner, the actor who played Johnny’s abusive stepfather, Sid Weinberg. Asner appeared in “Cobra Kai” seasons 1 and 3; Although he played a character who was new to the franchise, his was a crucial role that gave audiences a greater understanding of who Johnny Lawrence really is. The Hollywood legend died on August 29, 2021.

“Cobra Kai”: who is the person to whom they dedicate chapter 7 of season 4