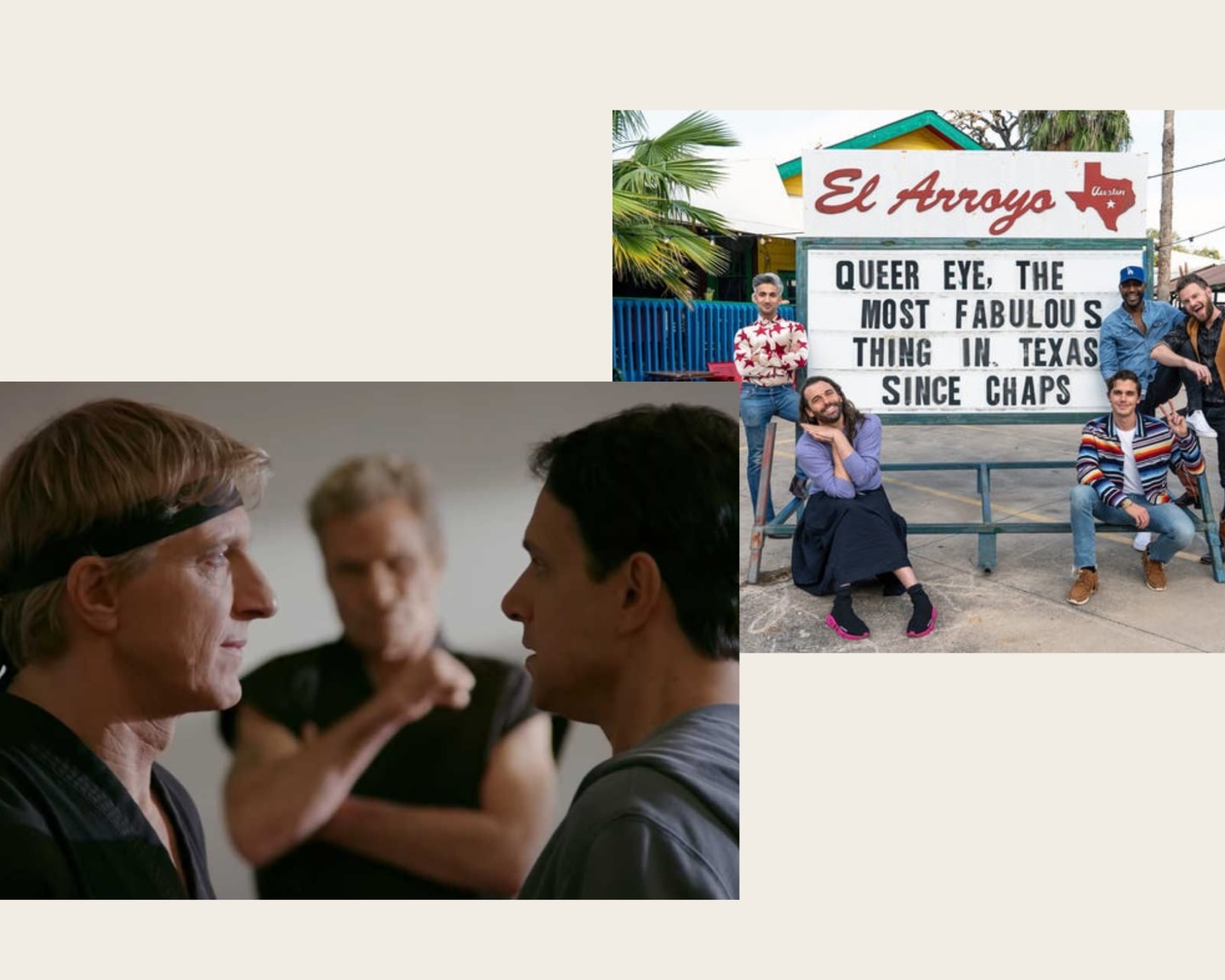 The most anticipated karate tournament and one of the reality shows more individuals come together in the package that Netflix prepared for the last day of the year.

With a view to a marathon for the new year, the platform will premiere the fourth season of the nostalgia series Cobra Kai, as well as the new events brought by the popular reality Queer Eye.

In the case of Cobra Kai, the series has managed to garner millions of fans around the world, by reliving the legendary rivalry of the protagonists of the eighties film franchise Karate Kid, which we met in movies 30 years ago. Jonnhy Lawrence and Daniel LaRusso, who have always been rivals, will join forces for these new episodes.

This fourth season provides for one of the moments that have aroused the most emotion in the fans: the long-awaited All Valley tournament, in which Miyagi-Do and Eagle Fang will face Cobra Kai.

In addition, for this season, the antagonist Terry Silva will return, remembered for being the villain in the film Karate Kid III, 1989. In the new series, Silver joins forces with Cobra Kai and his team.

Ralph Macchio will return as Daniel LaRusso and Will Zabka will be Johnny Lawrence. The ten episodes will reach the platform of streaming in a single delivery, just for a marathon.

When some said that the gender of the reality show was worn out, appeared Queer Eye in 2018 to refresh this format.

The humorous show follows five gay men who transform the lives of different people through advice on their appearance, diet, aspects of their daily life and above all personal motivation.

The show’s five hosts, Bobby Berk, Tan France, Antoni Porowski, Karamo Brown and Jonathan Van Ness, have hosted the show in Atlanta, Kansas City and Philadelphia. Now it will be the turn to tour Austin, Texas.

“The quintet will have fun with cowboy suits and travel in their SUV ready to face any challenge that comes their way,” the portal advances Sensation about this season.

The new episodes will star a dance instructor, a farmer who needs a self-care routine, a bodybuilder who hopes to feel better in his own body, a graduation event that needs serious planning and other surprises.

If you have never seen the series, it is a great opportunity to meet this reality Well, as the journalist Mariana Ramírez wrote in Vogue, “The key to everything is that the transformation (made by the hosts) is not limited to the physical part. Yes, they teach them to dress better, to take care of their skin and hygiene and they transform their homes, but they spend the same amount of time working on the personal part and their emotions ”.