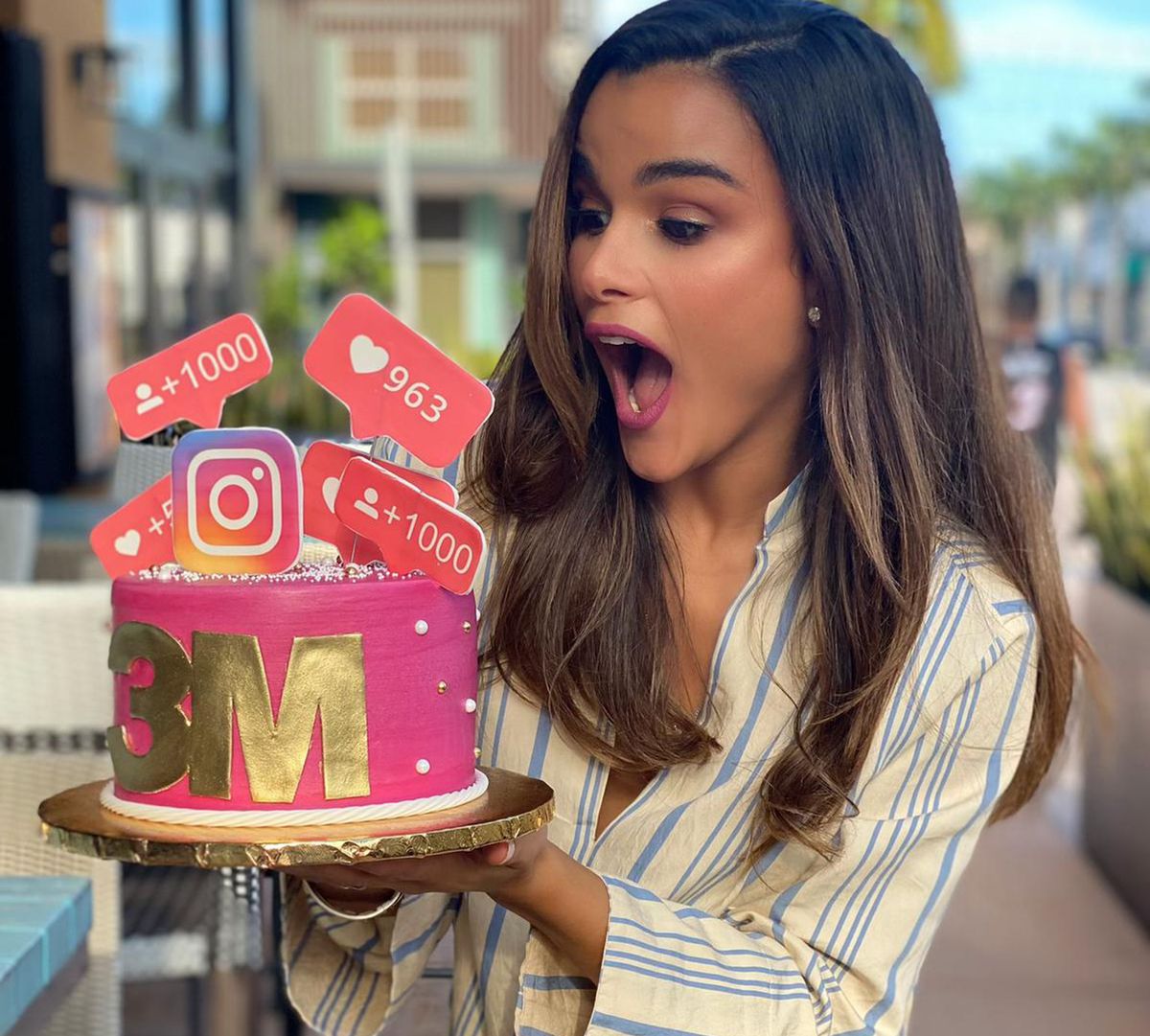 Partying! with cake included… Who? Clarissa Molina who is a millionaire, in something that for many is more important than money: in Instagram followers.

Clari, today celebrated that reached 3 million followers in said social network, with great happiness and with the satisfaction of each of the steps that he has taken in his career, which have been in due time, with care, discipline and a lot of perseverance.

“These 3 million for me represents, like everything else, the effort that has been working since 2015 when I started with less than 100 followers“, Clari told us exclusively, when we congratulated her on the achievement.

What does Clari think has been the key? “Team Clarissa definitely, who has been faithful to me in every step, in every journey, adventure … I thank them very much and, obviously, they also represent that I have to keep working to go for more“The reporter from ‘El Gordo y la Flaca’ answered us.

Clarissa assured us that, although she is very happy, that does not mean that she feels that she reached the goal … “Every time I achieve something, I challenge myself to see what comes nextHe told us.

And the thing is that his schedule is very busy with work, big projects, again cinema, his participation in ‘El Gordo y la Flaca’ and in other shows on the chain. “I never stop, but that makes me even more grateful for everything that I have been able to achieve with the support of the public mainly“, He ended up telling us.

These days life smiles at Clari, and she at life, not only because of her millions in social networks, nor because of all the projects she has ahead of her, but because, days past, confirmed that she has a boyfriend and that she is very happy.

In fact, the businessman named Vicente Saavedra, he even gave her a ring. Although Clarissa assured that it is not a commitment, nor a marriage, but a proof that the relationship was serious, the beloved Dominican wears it with great pride in her hand.