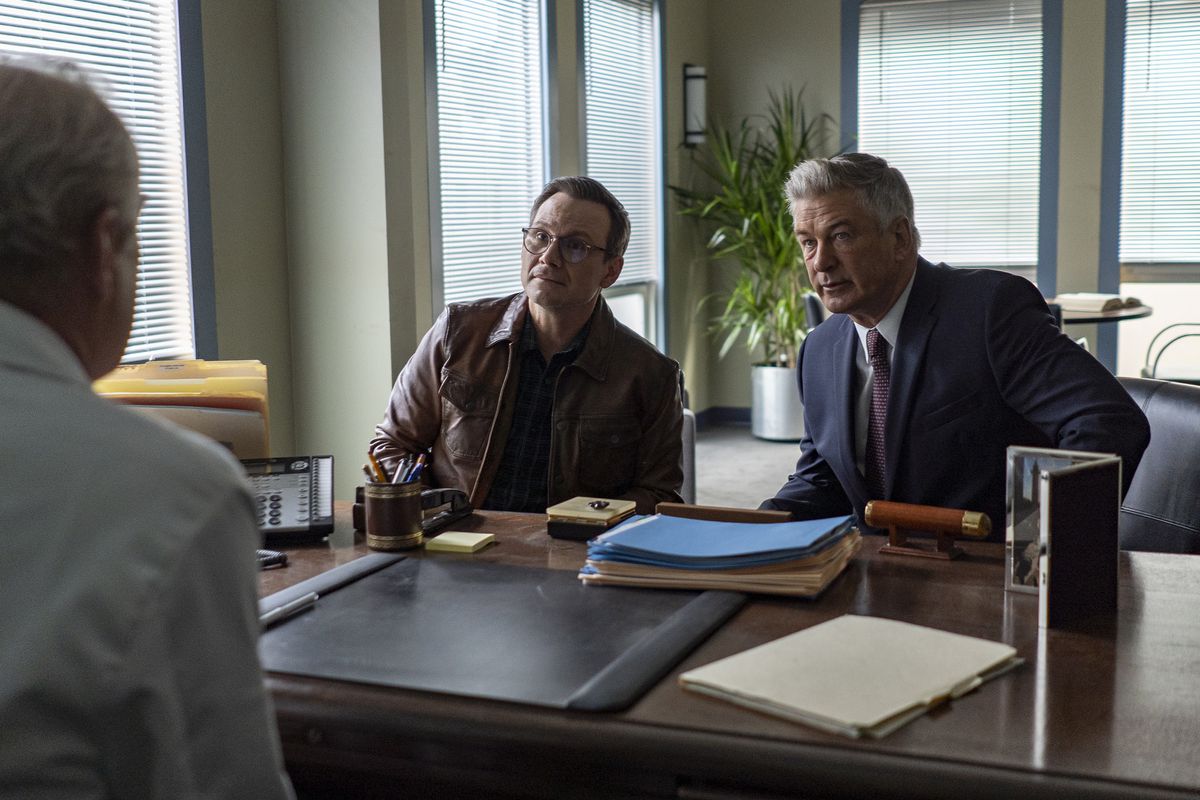 Neurosurgeon Christopher Duntsch was a rising star in the Texas medical community. He sold himself as an eminence in his field, and patients and their peers bought this premise. Young, charismatic, friendly, he managed to reassure patients to trust him for delicate interventions. However, in the operating room things, time after time, did not go as well as he had predicted. According to his colleagues, it was as if he knew the theory but, in practice, he did everything backwards. His career was short: he started working as a doctor in 2011 and in 2015 he was charged with various crimes. At that time, from hospital to hospital, he left a trail of serious negligence, from mutilations to two deaths. In 2018, the podcast Dr. Death, from the journalist Laura Beil, became a viral phenomenon in relating his case. The story now comes to the screen as a series that opens the Starzplay platform in Spain this Sunday, September 12.

The actor Joshua Jackson (Fringe, The Affair) is in charge of embodying on television the chiaroscuro of this surgeon and raising doubts about his way of being: narcissistic and incompetent or psychopath who enjoys causing pain? As it slips through a healthcare system unable to stop one of its members, two other doctors, neurosurgeon Robert Henderson (Alec Baldwin) and vascular surgeon Randall Kirby (Christian Slater), they try to stop it. “I knew the story because a friend told me about podcastI listened to it and it seemed terrifying to me, it is very scary to think that something like this could happen ”, says Christian Slater (New York, 52 years old) in a video call.

In addition to the heroes of the story, the couple formed by Baldwin and Slater act at times as comic relief in a dramatic plot that, when narrating real events, weighs even more on the viewer. “Kirby is a very passionate guy with a lot of humor, he was willing to go where it was necessary to stop someone who continued to operate and harm human beings. That passion and that sense of humor were what he was trying to bring to the character. I never really tried to be fun, just energetic and enthusiastic about doing the right thing. If people find it funny, great, ”proclaims Slater.

Baldwin and Slater were also free to work on their characters and their relationship and were even able to improvise at times. If I had to play Duntsch like Joshua [Jackson]Yes, it would have seemed a challenge to me, but, although my character was also real, in these circumstances it has been a lot of fun. We were able to be creative with the characters and Alec and I had a great time, “says the actor, who throughout the interview tries to put into practice the Spanish he is learning through an application:” I’m not comfortable with your question ”, He says in Spanish, laughing and repeatedly, instantly clarifying that it is only the phrase he has learned for the occasion and showing that sense of humor that he has transferred to the character.

To prepare for his performance, the actor tried to meet the real Dr. Kirby, but the outbreak of the pandemic prevented them from seeing each other before filming. He had to wait until after filming was finished to meet the real doctor his character is based on. “But I have a brother-in-law who is a vascular surgeon and I went to Baltimore to spend a weekend with him and his colleagues, see operations and get deep into what it is like to be a doctor.” “I think this series will make people aware, because we tend to put doctors on a pedestal, treat them like gods, we give them our lives, and we have to remember that they are human beings, they are fallible, they can make mistakes. It is very important to have a second opinion ”, he adds.

The series not only delves into Duntsch’s negligence, but also into a health system that could not, or did not know, act in time. “It’s clear that the American healthcare system needs some revisions, it has a lot of problems,” reflects Slater. “Christopher Duntsch took advantage of a system that not only protects patients, but also physicians. He was able to move through the system, and the system was just kicking him from one side to the other, he was able to go from hospital to hospital and get away with it for a long time. “

After becoming popular in the cinema of the nineties in films like Point Blank Love, Very Bad Things, Interview with the Vampire O Robin Hood, television has rekindled Christian Slater’s fame in recent years, opening him up to a new generation of viewers. “It is very exciting to have opportunities to participate in new projects and for a new generation to meet me,” says the interpreter. “There is a lot of cinema that has now moved to television. I love television and I am happy in this world. To have the opportunity to do things for a considerable period of time, to delve deeper into the characters, to make a series like this, with eight chapters, with a beginning, a middle and an end … ”, he continues.

For that new generation of viewers, Slater is the Mr. Robot of Mr. Robot, the thriller conspiracy in which Rami Malek played a hacker in search of social justice. “When you read a script you never know how the audience is going to receive it. And less with a series like Mr. Robot, You have no idea how people are going to receive something like that. But I love that now people identify me with her. It is a series that arrived very on time, and that is still very pertinent and will remain beyond its time, “he says.