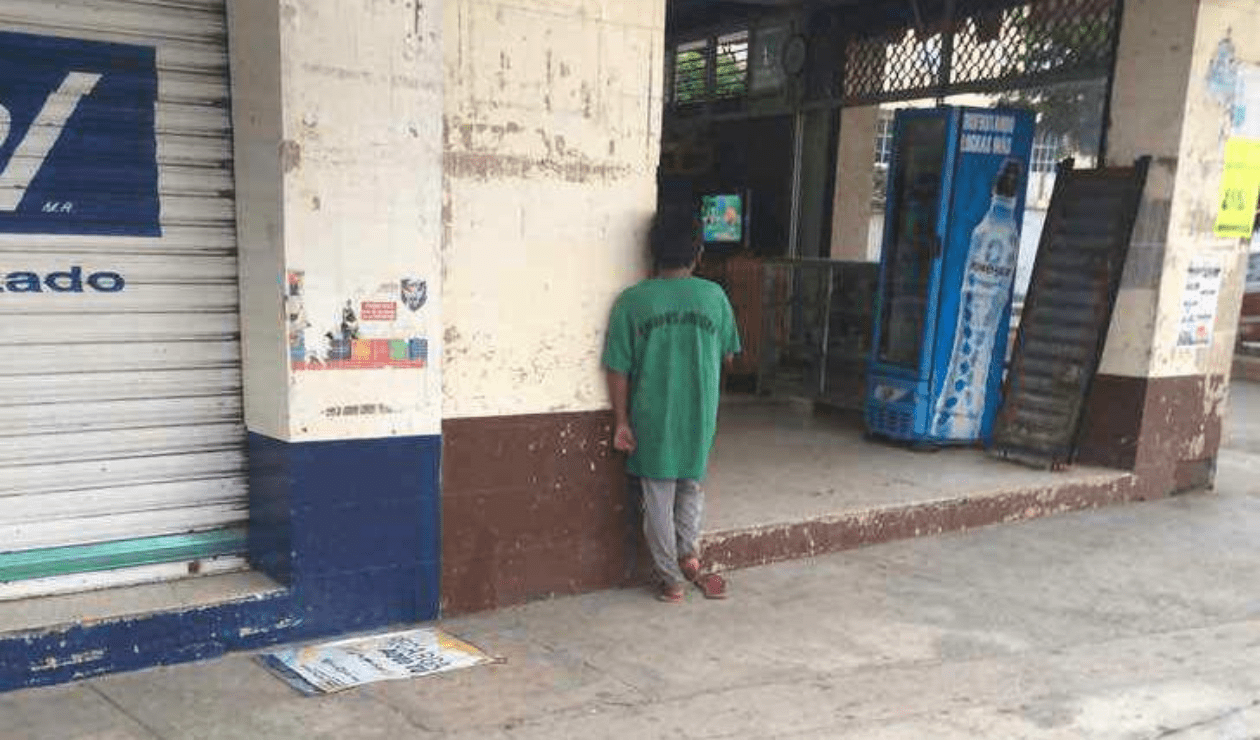 A Facebook user shared the image that reflects the harsh reality, since there are children who would give anything to have a television in your home and watch your favorite animated series.

“Not everyone was born with the same opportunities. Count your blessings ”, was the text that accompanied the shocking image.

The minor has not been identified but the photograph was taken in Chiapas (Mexico), in this you can see the child watching cartoons hiding behind a wall outside a store. Against this it can be determined that you do not have a television in your house but sadly there are people who do not have access to this kind of appliances.

Also read: Video | The incredible maneuver of a motorcyclist who was saved from being run over by a mule

With the devastating scene, several users remembered their childhood with this photograph and showed interest in helping him.

“I was one of those children who went to look at other places because we did not have TV, but God is great, he never abandons us and if someone can give more information about the child, I want to buy him something that he deserves. He is a king ”, commented a user in the publication.

Meanwhile others reflected to appreciate the things of each day, especially the small details.

You may be interested in: Music festival in Texas leaves eight dead and dozens injured

“I think what he is trying to say is that we are grateful for what we have, since there are others who do not and in what little one has to try to help people,” said another Internet user.

Many users identified with their situation and assured that their childhood was the same as the one that can be seen in the photograph, but it is likely that at some point his life will change and he will not give up so that he has the opportunity to improve his future.

The Turkish series coming to Spain this new season
Vladimir Putin announced on TV an attack on Ukraine
Aragón TV is ahead of Telecinco and premieres 'Revolución en la Granja', the first show starring ani...