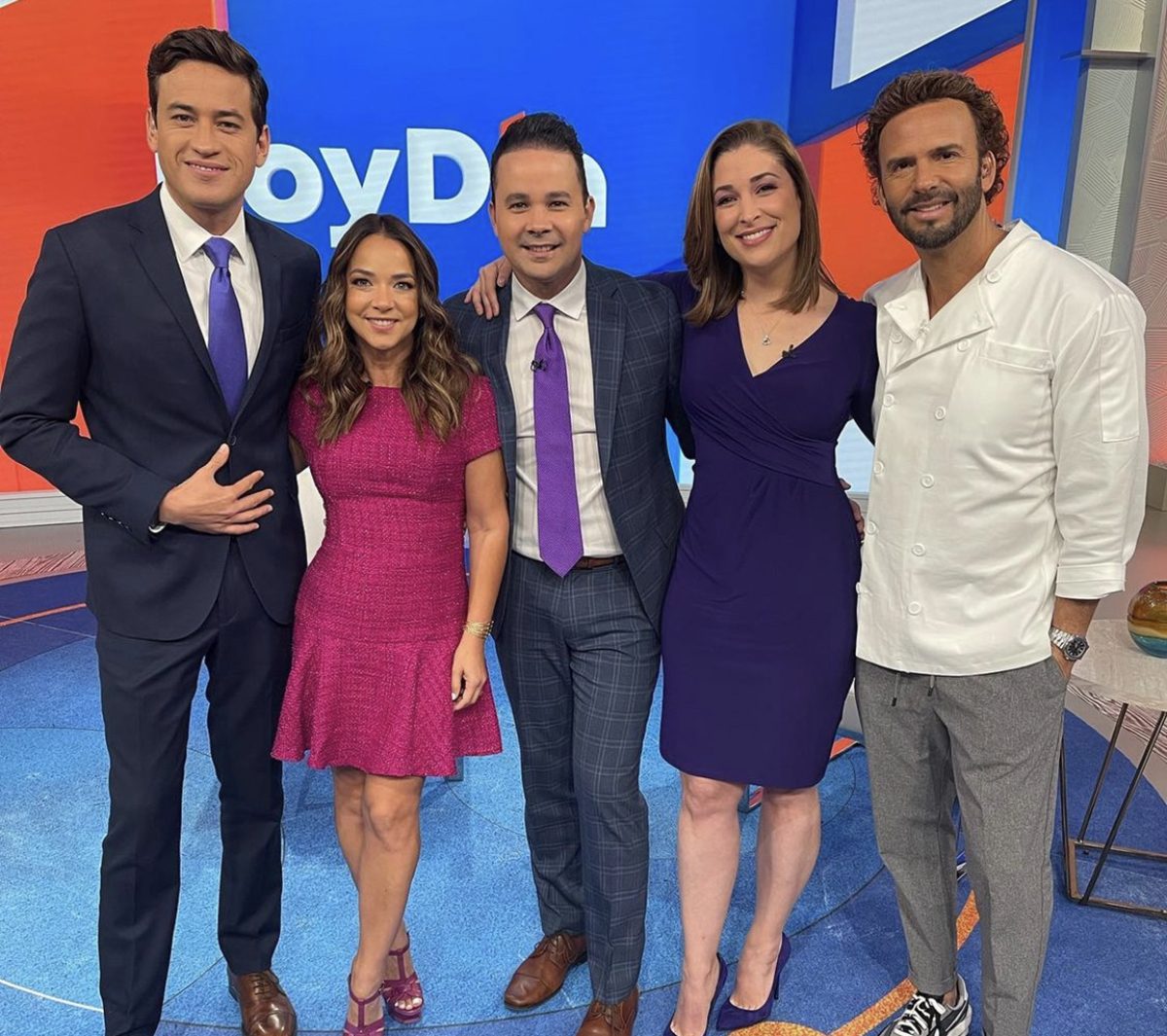 This Tuesday, April 19, we woke up with new changes in ‘Today’Telemundo’s morning show, where it was announced that one of his talents is coming out and a replacement is in.

Who are we talking about? by Arantxa Loizagawho every morning, together with Nacho Lozano, is in charge of the first two hours of news on the program, and in her place Rebeka Smyth returns, who we remember was in charge of the interview segment ‘No Filter’ already within said show.

What happened to Arantxa? It returns in a way to its essence or at least as We met her in the United States when she was the presenter of Univision’s weekend newscast, which is now hosted by Maity Interiano..

Loizaga will not be on the weekend, but at night, as the presenter of Noticias Telemundo Nocturna Edition, at 11:35/10:35 PM. And as we told you, Rebeka will remain in her place on ‘Hoy Día’, a journalist who also hosted that program where Arantxa now goes.

“Arantxa moves, but she doesn’t go far, she stays in our great home that is Telemundo, only taking on a new challenge in her career, hosting the nightly news.“, began by saying her partner until today Nacho Lozano in the living room of the studio where they were all with her.

Who are everyone? Adamari López, Chiquibaby, Nicole Suárez, Chef Alfredo Oropeza and Carlos Robles and then the officially new member, Rebeka Smyth, joined.. The only absentee was Quique Usales, since he is in Las Vegasreporting the preview of the LAMAS.

“I am extremely touched because, obviously, you are my extended family that life has given methanks to this fantastic opportunity that they have given me to start this show every morning. Being part of the ‘Hoy Día’ family has been a professional challenge, but on a personal level it has filled me with a lot of love, a lot of affection, because I have learned many things from each one of you. I think that we as human beings are an accumulation of experiences, and I carry them in my heart. Since I arrived at Telemundo, I remember this first day, I couldn’t believe I was here,” said Arantxa.

He also already gave the date of his new position within the chain: “We are going to start this new challenge this coming Monday, April 25, we will be hosting Noticias Telemundo starting at 11:35 PM, I also hope you can join us“He continued saying and joked with his colleagues that they were going to have to record it since, since they get up so early, they will not be able to see it live.

•’Hoy Día’: Did it pass the test with the public?

•’Hoy Día’: From the news to the sexy dance of the hosts

Changes in Hoy Día de Telemundo: One of his talents comes out