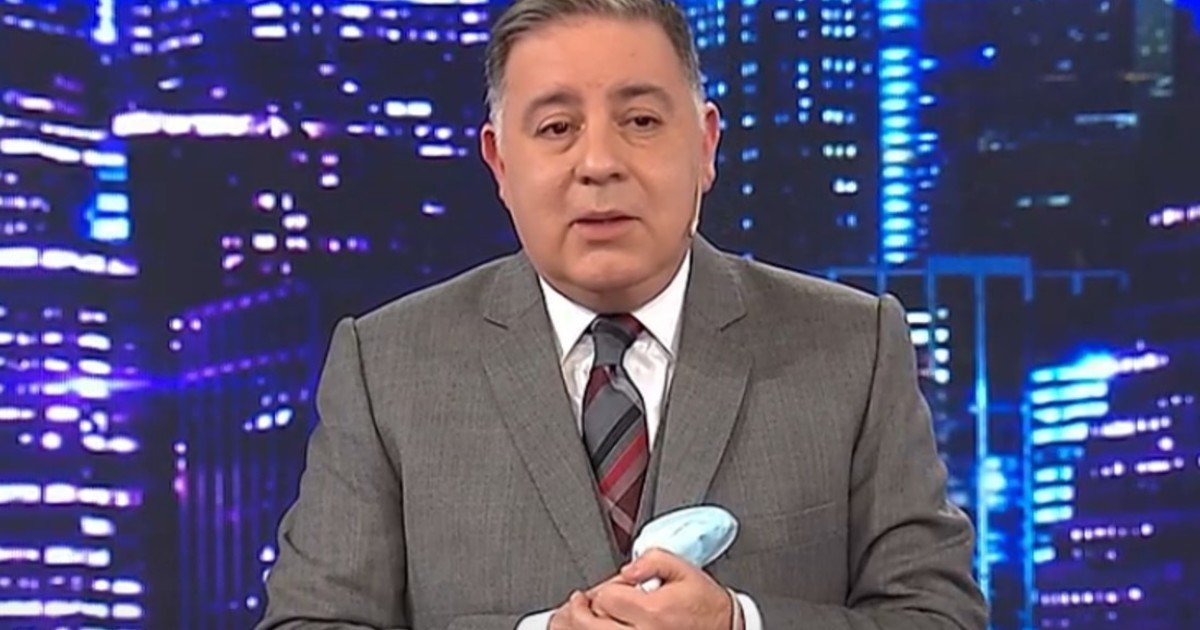 Fabian Doman (57) returned this Wednesday to Intractable (America, Monday through Friday at 10 p.m.), after being absent for several days due to symptoms compatible with coronavirus, Y he communicated his resignation on the air.

“I’m not going to be on this program or on Radio La Red anymore“, said the journalist minutes before 10:30 p.m. And he clarified:”I’m not going to another channel or another radio“.

“I’m going to change, if you like, in a way, my profession … I’ll be starting tomorrow (by Thursday, July 1) the institutional director of one of the most important companies in Argentina and I am talking about Edenor“he reported in his farewell.

In this way, the journalist leaves the América channel and Radio La Red, two of the main communication media controlled by Daniel Vila Y Jose Luis Manzano, to join the institutional communication of the new bet of the same entrepreneurs.

Meanwhile, he reviewed his career in the media: “Few people know: I didn’t start out as a journalist, but as a communication and image advisor. I was press officer for the presidential campaign of (Álvaro) Alsogaray in 1989. Then I did a bit of journalism, but I left it to go live in USA, where I was press director of the Embassy “.

And he continued his review: “I worked in the international communication of the debt negotiation in 2002, with the International Monetary Fund and the World Bank. For this reason, in part I return to my other love, which is corporate communication. ”

“I don’t know what I’m going to do tomorrow at ten at night. I don’t think I can put on the television and watch the program, “said Doman, who did not hesitate to affirm that” it is difficult for him to leave journalism “, because he does not change his company, but” his profession and life “.

After sending thanks to the public and all his teammates, he was in charge of highlighting the relevance of Intratables on Argentine television: “Now I am going to put pressure on the company: lift any program, but not this one. There are few spaces where anyone says what they think regardless of the political party to which they belong. Anyone comes here, debate and the discussion arises. “

“Spaces like this cannot be lost. Intratables writes a part of the history of this channel. Much more Santiago (del Moro) than me, that mine is smaller. But the programs are more important than the drivers. I can’t imagine America without intractable. It is one of those classics of the television “, closed.

It is that last Tuesday, June 22, the Government made the first approval of the purchase of majority shareholding of Edenor by the founders of Group One, who were joined by the businessman Mauricio Filiberti, nicknamed “Mr. Chlorine” for his presence in the production of this water treatment input.

The national electricity regulator (ENRE) authorized the operation and turned it over to the National Commission for the Defense of Competition (CNDC).

Pampa Energy, from Marcelo Mindlin, decided to part with the majority of Edenor in exchange for US$ 100 millones. It ceded control to a company made up of former Interior Minister Carlos Menem, one of the shareholders of America TV (Vila) and Filiberti, an important supplier of Aysa.

José Luis Manzano, Mauricio Filiberti and Daniel Vila bought 51% of Edenor at the end of 2020. Pampa Energía approved the operation, the Enre has already been issued and now it goes to CNDC. Is the last step. The CNDC is in charge of mergers and acquisitions. They committed to pay US $ 50 million at the closing of the transaction and an additional US $ 45 million during this year. There is another $ 5 million in shares.

Buyers already own Edemsa, the electricity distribution company of Mendoza, the generator Ameghino Hydroelectric and Andes Energía, an oil company. The Civic Coalition had asked Enre to investigate the operation. Some of the entrepreneurs involved (such as Vila) are often photographed with Sergio Massa, the president of the Chamber of Deputies.