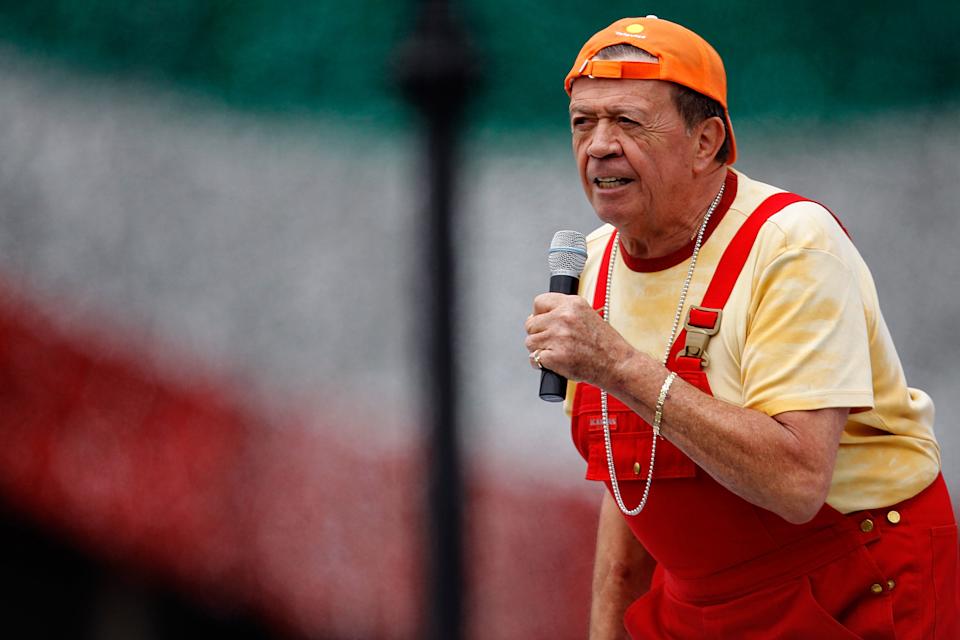 Xavier López, better known as Chabelo, enjoys a vitality that never ceases to amaze all his fans. The friend of all children is already 87 years old, but he maintains a fullness that does not diminish over time. His recent interview with faces made it clear, in a few words, that he is aware of the moment he is living and the traces he has left in the hearts of millions of viewers who still fondly remember In familya program that stopped broadcasting seven years ago.

Born in Chicago, Xavier López has dual nationality and received a very strict education from his father, who always wanted his son to follow in his footsteps and dedicate himself to the same thing as him: Medicine. But with his arrival at Televicentro, at the hands of Luis de Llano Palmer, Chabelo began to break ground in the television world to gradually climb positions until he became a recurring figure in various programs.

Perhaps Chabelo could not have imagined in those first moments all that he was going to achieve in the world of acting. Today he says he is in a moment of total plenitude at 87 years old, in addition to maintaining a special taste for TV. “Of course I watch television, I really like soccer, movies and boxing. What I miss about television before is that there were more family programs,” she said in her talk with faces.

After 48 years of broadcast, In family ended forever on December 20, 2020. As if it were one more symptom of the end of an era, his last program was broadcast the same weekend that the end of analog television was implemented in Mexico. However, the image of Chabelo endures in the memory of Mexicans and, above all, in many memes, of which the actor himself highlights the originality. “I really enjoy it and I applaud the ingenuity of those who make them,” he noted.

That has been one of the factors for him to be remembered with such precision in thousands of families: During these 48 years, Chabelo was the face of every Sunday morning. Without exception, children and adults turned on the television to tune in to that program that combined jokes, audience participation and music, as well as guests who drew a smile from ear to ear on their faces, because being there, with Chabelo, was everyone’s dream. , something genuine that had nothing to do with engagement visits.

Also the closeness that Xavier López always showed with the public was well appreciated by all the attendees who, at some point, had the opportunity to win a prize that could be from a complete room to a simple provision of sweets that, however, was impregnated with the essence of the program and the generosity of a Chabelo who, Sunday after Sunday, made it clear that he enjoyed that program, that real and dynamic contact with real people.

The interview with faces made it very clear that Chabelo had a precisely close relationship with the press. He did not like to speak in front of the cameras and much less about his private life: there were many times when he was excited to hear questions related to his privacy from the reporters who besieged him wherever he went. In the chat with facesyour answers are very short. Many questions have more words than the answer itself, a fact that exemplifies Chabelo’s constant attitude whenever he makes public statements.

Away from television since the end of his flagship program, Chabelo has stayed away from new projects on the small screenbut enjoying good health, according to his own words, and the legacy he knew how to build for seventy years on a path he chose for himself and at the cost of contradicting his father’s will.

ON VIDEO: The reflections of “El Buki” that have made him a guru of life