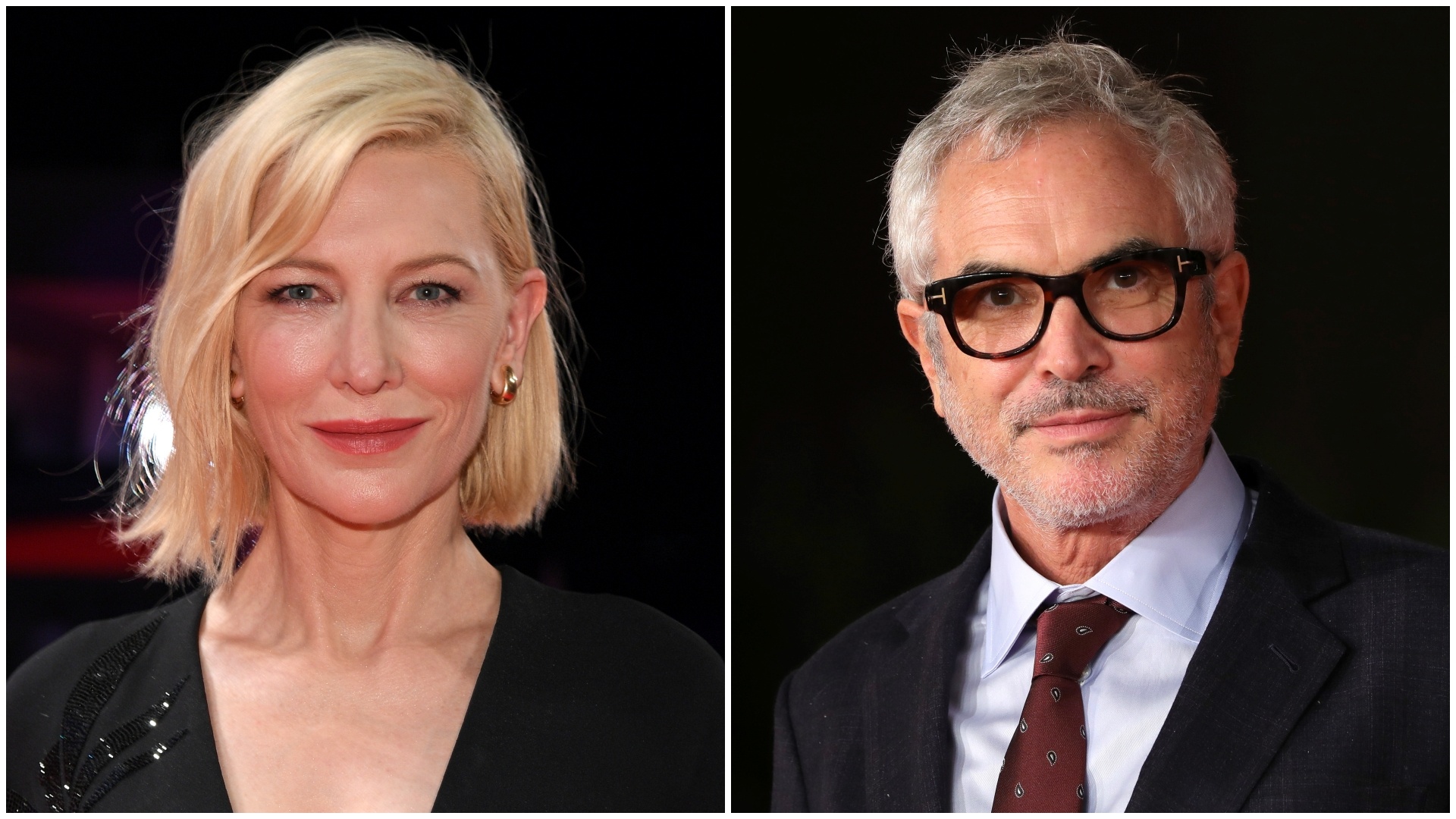 After his success with ‘Roma’, the Mexican director Alfonso Cuaron he’s ready for his new project, which will have a luxurious cast.

According to Apple’s official website, Cuarón will direct ‘Disclaimer’, an original Apple TV series that will star Cate Blanchett and Kevin Kline.

What is ‘Disclaimer’, the Alfonso Cuarón series about?

In the series, Blanchett will play Catherine Ravenscroft, a successful and respected journalist specializing in television documentaries, whose work has been based on revealing the darkest secrets and abuses of the most respected institutions in the country.

When a novel written by a mysterious author appears at her home, she is horrified to realize that she herself is a key character in a story.

“Disclaimer” will be based on a novel of the same name written by Renee Knight. Cuarón will be in charge of adapting and directing his story for the Apple platform.

Cate Blanchett, in addition to being the lead, is also the executive producer of the series, alongside David Levine, Dawn Olmstead and Steve Golin.

Emmanuel ‘The Goat’ Lubezki, another Oscar winner, will be in charge of the program’s photography alongside Bruno Delbonnel.

The return of Alfonso Cuarón

‘Roma’ is Cuarón’s most recent film, the same one in which he worked as a writer, director, producer and editor. His success with that film was undeniable, as it won three Oscars: Best Foreign Film, Best Director, and Best Cinematography.

After that achievement, Cuarón said goodbye to public life for a time in 2019 through his Twitter account. According to his own posts, he was tired after months of filming and traveling, so he wanted to spend time with his family.

‘Disclaimer’ is the return of the Mexican to the Hollywood scene and although the project is still in an early phase, it has everything it takes to make it a success.

In its official statement it was emphasized that ‘Disclaimer’ will be the first series fully written and directed by the Mexican director, who has a multi-year contract.

Blanchett, an actress who won the Oscar for her performance in ‘Blue Jasmine’ and ‘The Aviator’, already has experience with the work of a Mexican director.

He did so in ‘Nightmare Alley’, a film directed by Guillermo del Toro, where he shares credits with Bradley Cooper and gives life to a seer.

After months of delay caused by the COVID-19 pandemic, this film finally had its official premiere. The ‘Nightmare Alley’ presentation ceremony was held on December 1, 2021 at the Alice Tully Auditorium at Lincoln Center, in New York; It will be available in theaters from December 17.

‘Nightmare Alley’ is an adaptation of a novel of the same name written in the 1940s by William Lindsay Greshan. It tells the story of Stanton Carlisle, a carnival man who meets a psychic and they form an unusual alliance to travel to New York and empty the pockets of the unwary.

Cate Blanchett stars in ‘Disclaimer’, the new series by Alfonso Cuarón: get to know her