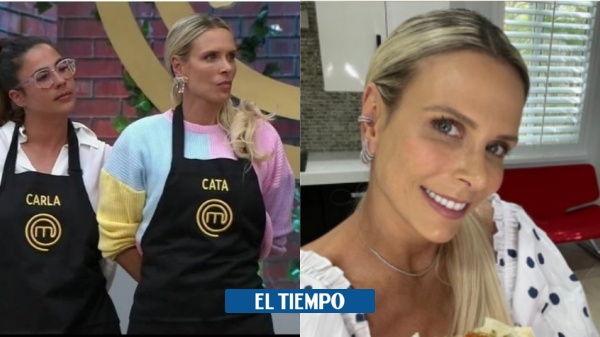 The most recent scandal in the controversies of Catalina Maya on MasterChef It seems to spread even further (and might not give way as easily).

Even now, almost twenty-four hours after the broadcast of the ‘chapter of discord’ on RCN, the negative comments against the famous have not been long in coming on social networks. They have dimmed, but are still swarming.

(Can read: Meet the pairs of the juries of ‘MasterChef Celebrity’).

It is worth noting that, in the most recent issue of the reality, Catalina proposed a controversial strategy in which, according to Internet users, individual benefit prevailed (or directed at her cronies, the ‘four babys‘) over that of your challenge group.

It is true that it is not Catalina’s first controversy as a participant; however, social media ‘exploded’ after this weekend. Maya herself seemed surprised and unhappy at the outcome of the event in production.

“I didn’t think they would hit me so hard“, he said in an interview with ‘W Radio’.

Catalina Maya becomes a trend every weekend, by MasterChef.

Catalina spoke before the microphones of the aforementioned medium about the ‘peak’ of her negative reputation after what happened in the program. “I like competition and I like to play.”

“I never came to that program with that intention (…)The edition plays a very important role“, she indicated, adding that she was even surprised to see herself as the villain in the chapter.

“I watched the program yesterday and said: ‘My God’. You can make one or two comments or little things like that, but it is that two hours in which all you see is a very bad woman (…) Already when they mess with the name, its integrity, the values, that no longer, “he emphasized.

Catalina Maya was removed from the program … for a couple of weeks. Then he came back.

Given the probable ‘reiteration’ of her role as an evil one in the program, Catalina was asked if she would come to legal proceedings, taking into account the scope of the bullying on social networks.

“What my family thinks is very important to me, the people who know me. It is a television program that has awakened many feelings, many hatreds, many loves. But legal issues, no“.

(You may be interested in: Hassam describes Catalina Maya’s strategy in ‘MasterChef’ as ‘rat’).

The atmosphere with the MasterChef viewers is ‘hotter than ever’.

As Catalina indicated to close the conversation with ‘W Radio’, her strategy was not exactly a trap. Rather: it was done with a group that did not have much energy and, with that, would have a greater chance of losing and her friends would have a better chance of winning.

Wedding at MasterChef: Liss Pereira announces that she will marry Ricardo Quevedo